Japan to allow use of insulin syringes for COVID-19 vaccines

Japan will allow hospitals to administer Pfizer Inc.'s COVID-19 vaccine using insulin syringes, which can extract seven shots per vial rather than the five possible with the type of syringe the government has procured, health minister Norihisa Tamura said Tuesday.

The move comes as the country's vaccine rollout grapples with a supply shortage owing to production delays at Pfizer's factory in Belgium and export controls by the European Union.

Taro Kono, minister in charge of the country's vaccination efforts, said the government will look into procuring insulin syringes "if there is a surplus" and it does not affect supply for diabetes patients.

Last week, Uji-Tokushukai Medical Center in Kyoto Prefecture, western Japan, said it had found that insulin syringes, which do not have as much dead space meaning less fluid is left in the needle after a shot, could be used to extract seven shots of the Pfizer vaccine per vial.

Insulin syringes are designed for subcutaneous injections rather than the intramuscular injections necessary for COVID-19 vaccines, and therefore have shorter needles. This means they may not work for some people, for example those with more fat on their arms.

The government's top spokesman, Chief Cabinet Secretary Katsunobu Kato, said it would be up to hospitals to ensure the vaccines are administered properly, and that the government does not plan to actively advocate the use of insulin syringes. 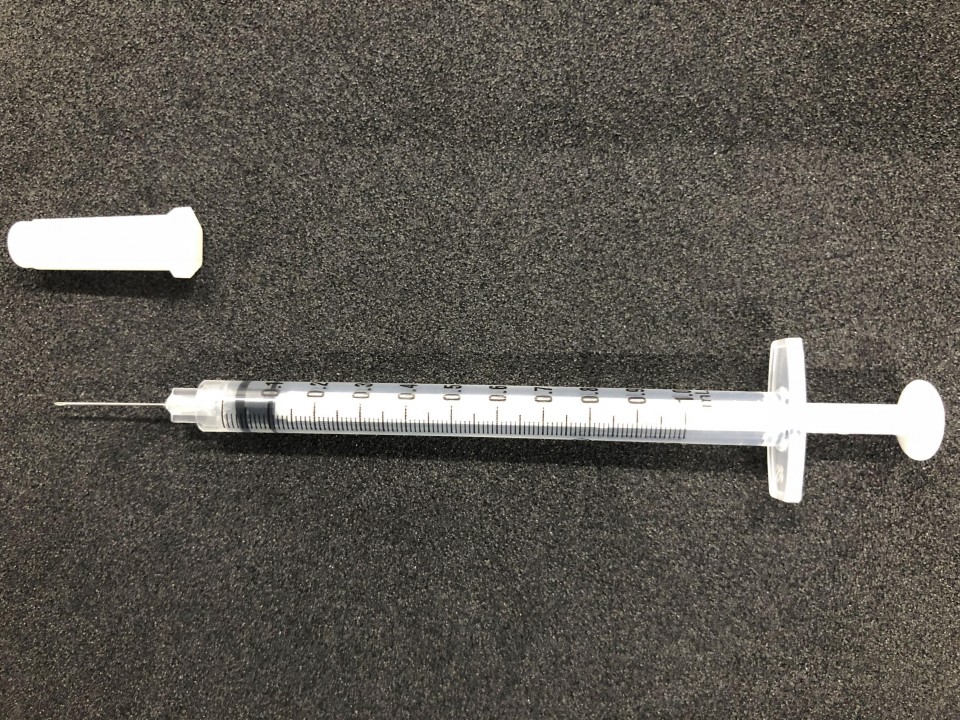 Since launching its vaccination program in mid-February, Japan has used six-shot syringes on an initial group of 40,000 health care workers and switched to the more widely available five-shot syringes to inoculate other medical staff totaling 4.8 million.

The country has a supply agreement with Pfizer for 144 million doses, enough for more than half its population, within this year. Other vaccines developed by AstraZeneca Plc and Moderna Inc. are under review by the Ministry of Health, Labor and Welfare for fast-track approval.

The health ministry last week approved a low dead space syringe developed by Terumo Corp. that can also yield seven shots per vial of the Pfizer vaccine but has a longer needle, with production ready to begin as early as the end of this month.

The medical equipment maker expects to manufacture 20 million of the syringes, which were designed using know-how from the 2009 swine flu pandemic, in the fiscal year beginning in April, according to a company official.

Prime Minister Yoshihide Suga has called vaccines the "decisive factor" in bringing COVID-19 under control in Japan, with the economy languishing under restrictions on dining out and less than five months to go until this summer's Tokyo Olympics and Paralympics.

But Kato called on the public to continue taking precautions against COVID-19 even after getting vaccinated including wearing masks, adding the health ministry will update its guidelines as needed.

The U.S. Centers for Disease Control and Prevention said Monday people who have been fully vaccinated can meet with each other indoors without wearing masks or physical distancing.

Those fully vaccinated can gather indoors with unvaccinated people from one other household without masks, unless any of those people or anyone they live with is at severe risk if they catch COVID-19, according to the CDC.