The island is being promoted as somewhere Chinese who are unable to travel overseas because of the coronavirus pandemic can head for binge shopping, making it a model for the expansion of domestic demand linked to the world economy that Xi hopes to achieve in the future. 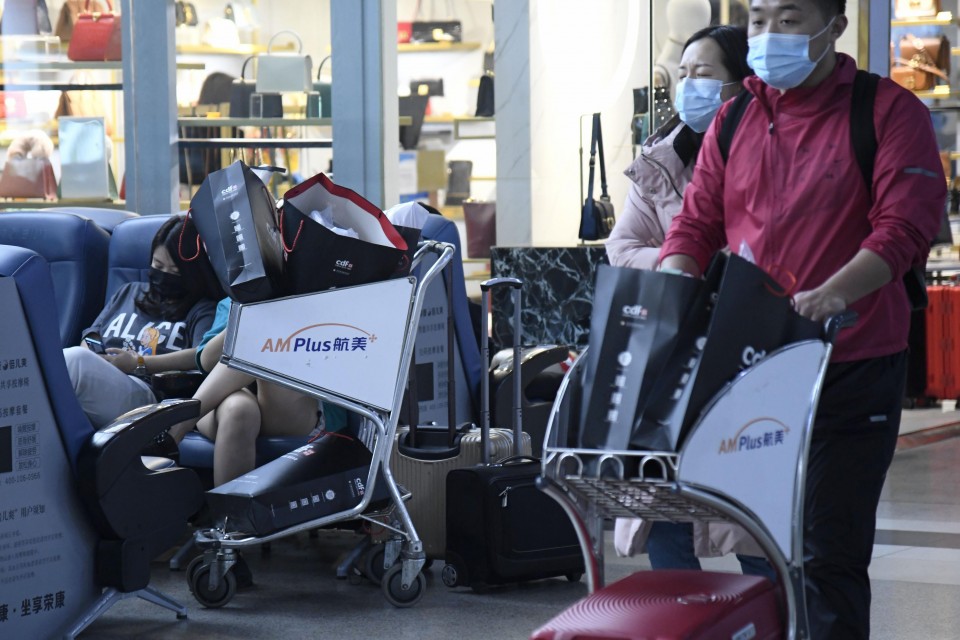 Known by locals as "China's Hawaii," the island, roughly the size of Kyushu in southwestern Japan, has beaches for swimming and surfing, but the main attraction is the Sanya International Duty-Free Shopping Complex, where crowds bustle to find the best deals.

On New Year's Day, shoppers queued at outlets throughout the duty-free complex -- more than 2-1/2 times larger than the Tokyo Dome baseball stadium -- in search of high-end jewelry, cosmetics, fashion and more. 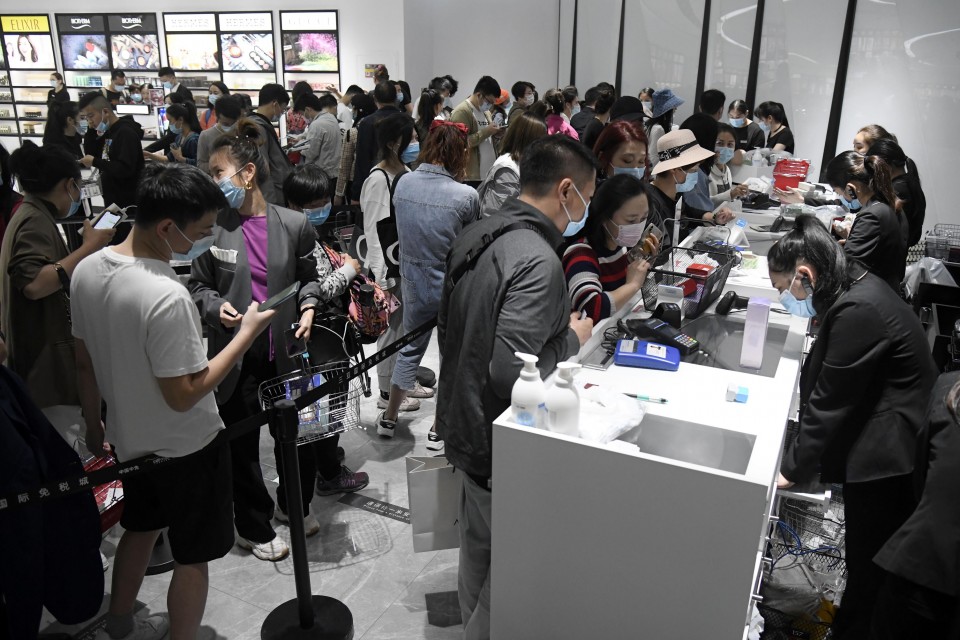 Shoppers like Zhang Aoli, 45, who works for a Shanghai consulting company, come ready to shell out big cash on luxury brands. "If not for COVID, I would have been spending my time in the Maldives or Bali," Zhang said after purchasing several pricey articles of clothing.

Hainan had already developed into a resort, but Xi laid out a new economic strategy in June 2020, calling for the island province to become "a high-level free port with strong international influence" by 2050. 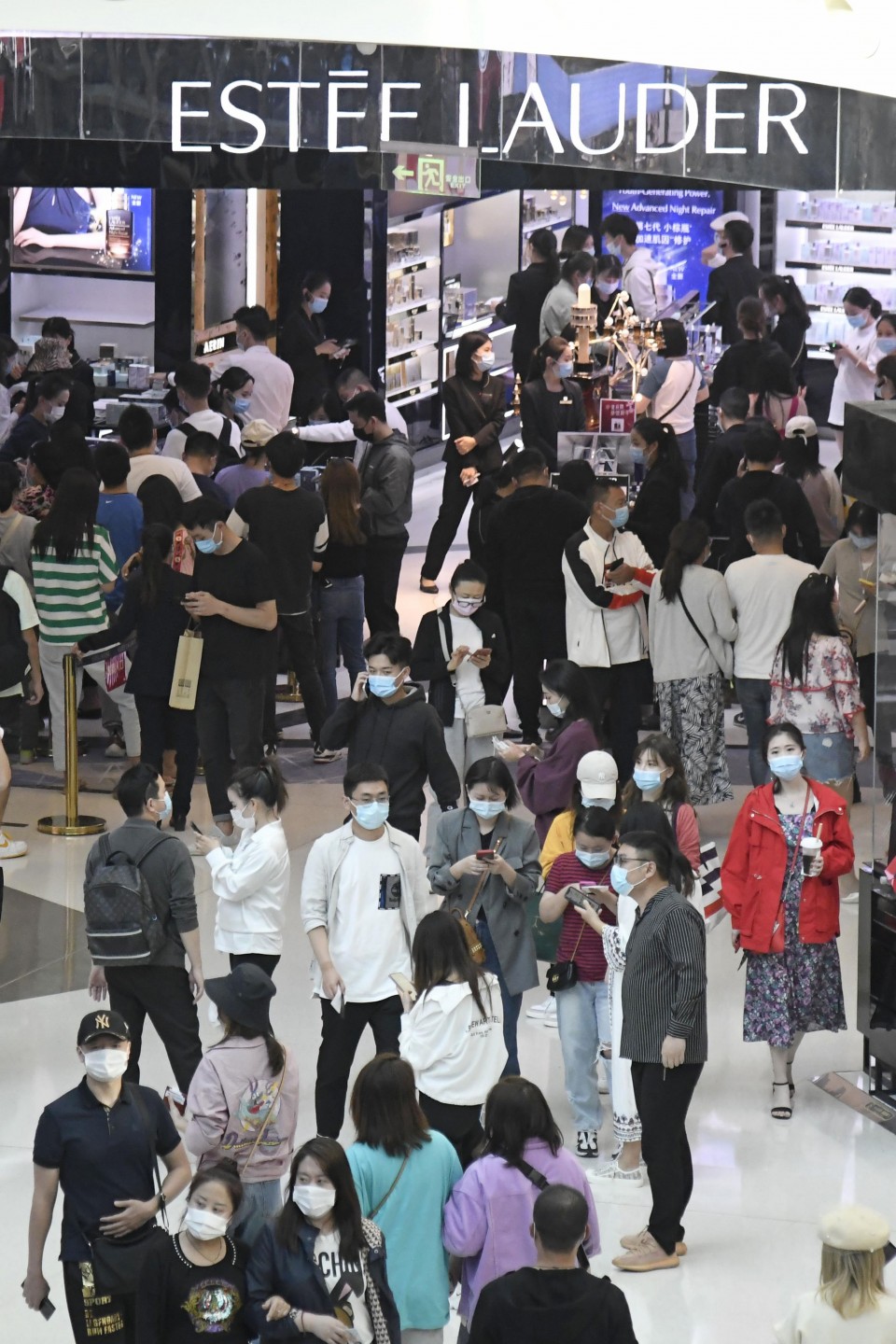 China's government has started to eliminate tariffs throughout the island and relax restrictions on foreign investment in the finance and service industries. It also intends to accelerate the acceptance of foreign nationals with unique skills.

Although tax exemptions in the province had been applied for some time, China lifted the duty-free spending cap per person in July last year to 100,000 yuan per year from 30,000 yuan.

Three new duty-free shops opened at the end of last year, and the Jan. 1-3 total revenue of such tax-exempt items on Hainan island reached a record 540 million yuan, roughly three times as much as the same period a year earlier. Hainan now accounts for 25 percent of China's duty-free market.

In a television broadcast, Xi said at the end of last year that Hainan was rapidly developing into a free port while also suggesting it is expected to join the ranks of major Chinese cities such as Beijing and Shanghai.

Amid the slowdown in the global economic recovery due to the pandemic, Xi has launched a "dual circulation" strategy, referring to the expansion of domestic demand, with "the domestic and international dual circulations mutually promoting each other."

One Chinese economic researcher called Hainan island a model of the "dual circulation" economy. Although it currently only targets domestic tourists, "Once COVID settles down, external demand will also be incorporated so that the country can aim for a standing position like Hawaii in the United States."

Some say Hainan will become an economic hub to replace Hong Kong, which has been shaken up by China's enforcement of the widely unpopular national security law.

But the Chinese economic researcher added, "Even for Hainan, which has great potential, the pandemic has been a big blow," so first and foremost, "the island must establish its position as an international travel destination."