The number of suicides among school children in Japan totaled 499 in 2020, up 100 from a year earlier and marking the highest level on record, according to government data.

Health ministry officials attributed the increase to worries among young people about their studies and career paths, as well as family discord as they spend more time at home in response to the coronavirus pandemic. 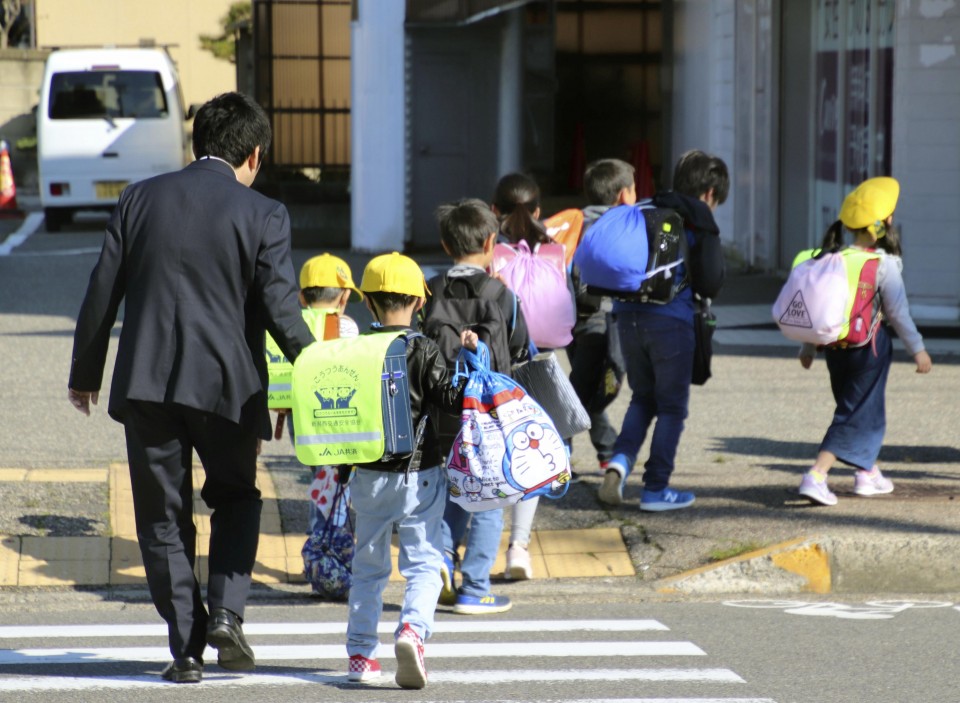 Photo taken in May 2019 shows a group of elementary school children heading to a school in Niigata city, north of Tokyo. (Kyodo)

The 2020 tally was the highest since comparable data became available in 1980, according to the National Police Agency.

Suicides committed by high school girls particularly surged to 140 from 80.

By month, the tally for all school children more than doubled in June and stayed notably higher for the rest of the year as the country faced second and third waves of coronavirus infections.

Suicides were almost unchanged between January and May, a period covering much of the first wave of the pandemic in the country and the first COVID-19 state of emergency.

Childline Support Center Japan, a Tokyo-based organization running a network of helplines for young people up to 18 years old, said parents and teachers must increase efforts to look after children who have grown vulnerable as home environments become more stressful during the coronavirus pandemic.

"The virus has taken away opportunities for them to engage with other students they feel comfortable with in school and afterschool activities, leaving them tormented for much of the day," said Junko Kobayashi, representative director of the organization.

"We would like parents, teachers and other adults to step up efforts to look after children who are worried and stressed," Kobayashi said.

The number of suicides among minors totaled 777, up 118, the NPA said, citing reasons such as depression and other mental illnesses, and distress about the future or slumping academic performance.

The number of suicides in Japan was also up 912 to 21,081 in the reporting year, marking the first rise since 2009 in the midst of the global financial crisis, according to the NPA.

Police data cited health issues, family problems and economic hardships as motives behind the surge in suicides by women.

The total figures moved up in the July-December period, with October hitting the highest level at 2,230.

Some experts suspect that suicides by celebrities such as actor Haruma Miura in July and actress Yuko Takeuchi in September, might have propelled the increase.