The defense ministers of Japan and Indonesia on Sunday agreed to send messages to the rest of the world that the two countries will strongly oppose any action by China that could escalate tensions in regional waters.

Defense Minister Nobuo Kishi also told reporters after holding talks with his Indonesian counterpart Prabowo Subianto in Tokyo that they will urge China to refrain from trying to unilaterally change the status quo in the South and East China seas. 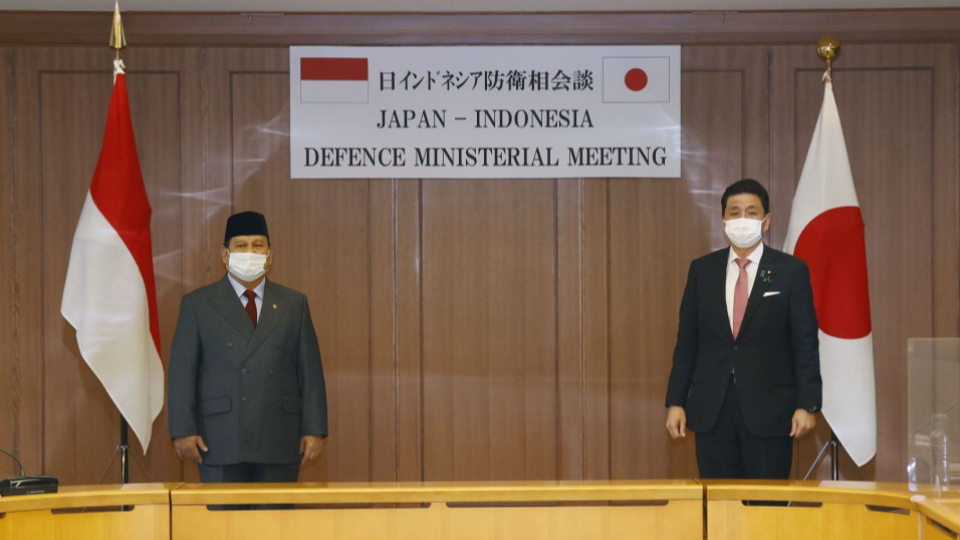 Japanese Defense Minister Nobuo Kishi (R) and his Indonesian counterpart Prabowo Subianto pose for a photo as they hold talks in Tokyo on March 28, 2021. (Kyodo)

While voicing concern over China's introduction of a law allowing its coast guard to fire on vessels intruding into what it considers its waters, Kishi said they agreed to boost defense cooperation and hold a joint exercise of Japanese and Indonesian forces in the South China Sea.

On Myanmar's situation, Kishi said they agreed to work closely toward the early restoration of a democratic government.

The foreign and defense ministers of Japan and Indonesia are scheduled to hold talks together on Tuesday in Tokyo. The so-called two-plus-two talks will be the second of their kind since December 2015.