The exclusion of overseas spectators from this summer's Tokyo Olympics and Paralympics amid the coronavirus pandemic could be seen as a reflection of Prime Minister Yoshihide Suga's hope of not losing further political ground ahead of a general election that must be called by this fall.

As Suga's government scrambles to contain the novel coronavirus, with the emergence of new variants becoming a new source of concern and uncertainty lingering over when COVID-19 vaccines will reach the whole population in Japan, he has been treading carefully not to invite more criticism over its handling of the pandemic. 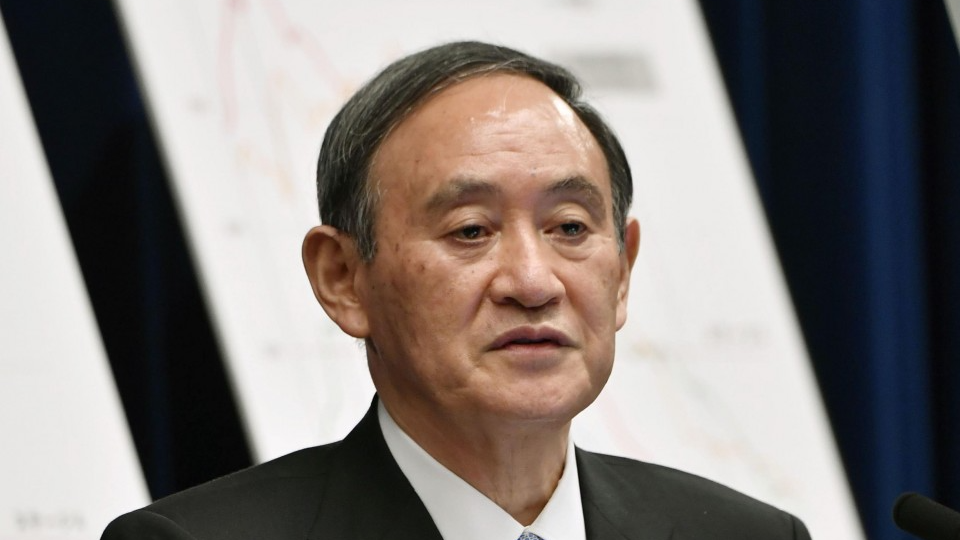 Japanese Prime Minister Yoshihide Suga meets the press in Tokyo on March 18, 2021, after the government formally decided to end the COVID-19 state of emergency in the Tokyo metropolitan area on March 21. (Kyodo) ==Kyodo

More than a week before agreeing formally with the International Olympic Committee during a virtual meeting on Saturday, the Japanese government internally decided to bar foreign spectators, estimated to be some 1 million, from the sporting extravaganza, even as doing so would be a heavy blow to the country's inbound tourism sector.

The decision by the key organizing bodies, also including the International Paralympic Committee and the Tokyo metropolitan government, could also prolong Japan's tight border controls.

Currently, Japan bans all new entries by nonresident foreigners except for those allowed under "special exceptional circumstances" and places a cap on weekly arrivals to avoid adding strains to medical facilities.

"Even as it means inflicting big damage on inbound tourism, Suga's government decided not to let in spectators from overseas to prevent people from saying that coronavirus infections increased because of the government's lack of policies," said Hitoshi Komiya, a professor of modern Japanese political history at Aoyama Gakuin University.

"Strengthening of border controls is one of the few cards Mr. Suga has left to show the public that he is strictly controlling the coronavirus," Komiya said. "He is becoming very defensive and cannot gamble."

On March 5, the government extended the COVID-19 state of emergency covering the Tokyo metropolitan area by two weeks to Sunday, having deemed the state of infections had not improved enough to end it by an earlier deadline.

The pace of decline in new cases of the COVID-19 disease in Japan has slowed, while there is a fear that coronavirus variants may spread rapidly through the country and that currently available vaccines may be less effective against them.

Shigeru Omi, head of the government's COVID-19 subcommittee has warned that variants would become the dominant strain in Japan "sooner or later."

Japan has also been beefing up border controls to keep the virus at bay, such as requiring all those arriving from 24 countries where COVID-19 variants are detected to take additional testing on the third day after entering Japan and closely monitoring whether entrants are strictly observing a 14-day self-quarantine period.

"If there is a outbreak that takes place because foreign visitors were allowed in, that's electoral suicide" for the ruling Liberal Democratic Party led by Suga, said Michael Cucek, an assistant professor at the Temple University Japan campus, who is an expert on Japanese politics.

Suga will need to call a general election by dissolving the House of Representatives sometime before October when the current four-year term of lower house members ends. 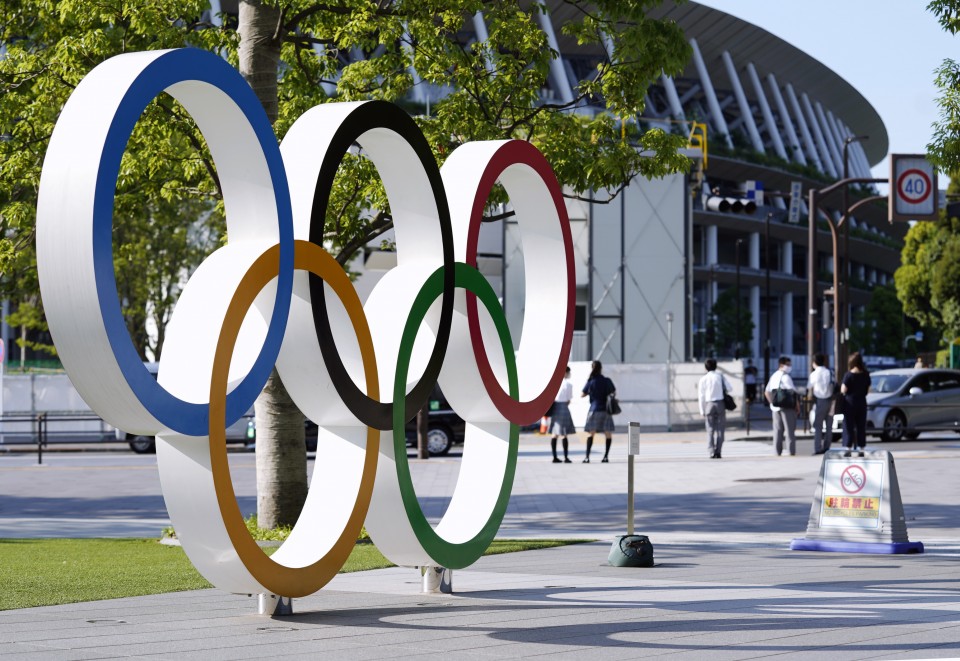 File photo taken in June 2019 shows a monument composed of the Olympic rings near the National Stadium in Tokyo. (Kyodo)

Three polls are also set to be held in April to fill vacancies in parliamentary seats, while the Tokyo metropolitan assembly election, a key test for the LDP's junior coalition partner Komeito, is set for July.

"You can't avoid the teams, the team members, and staff, but you can avoid having foreign visitors. If you don't take that step and something happens, (it's an) electoral disaster" for Suga's LDP, Cucek said.

Recent public polls by Kyodo News have shown that the Cabinet's support rating correlates directly with the spread of coronavirus infections. The approval rate fell 2.5 percentage points in February from the previous month to 38.8 percent.

Economists say that it will be difficult for Japan to relax its travel restrictions and welcome inbound tourists following the decision on overseas spectators.

"If foreigners are not permitted to enter Japan for the Tokyo Olympics, the country may lose the opportunity to allow them in the future, although the plan was to gradually ease border controls after letting them in for the games," said Masato Koike, an economist at the Dai-ichi Life Research Institute.

Koike said unless vaccines cover the entire population or a system of vaccine passports, which certify a holder has been inoculated, is established, there is no prospect for the tourism sector to see a recovery for the time being, possibly for the rest of the year.

The absence of overseas spectators at the Olympics and Paralympics is likely to decrease overall consumer spending, including accommodation and dining expenses, by 60 to 70 billion yen ($643 million) from the total of 207.9 billion yen projected if the games were to be held under normal circumstances, according to the Daiwa Institute of Research.

"Compared with Japanese people, foreign visitors stay a longer number of days so their expenditures tend to be bigger," Yutaro Suzuki, an economist at the Japanese institute, said in a report released Friday.

Spending by a foreign tourist coming to Japan per visit averaged 137,948 yen in 2019, more than double the 60,995 yen spent by a domestic traveler for each trip, according to data from the Japan Tourism Agency.

"Giving up on welcoming foreign spectators will also reduce opportunities for Japan to promote its attractions to the world and could lessen the impact of inbound demand that was expected to expand due to the games," Suzuki said.

Tokyo Olympics to be held without overseas spectators