The Mie prefectural assembly approved an ordinance Tuesday banning anyone from revealing an individual's sexual orientation or gender identity without consent or good reason, a first in any of the nation's 47 prefectures.

The ordinance aimed at "realizing a society where people recognize sexual diversity" to eliminate discrimination against lesbian, gay, bisexual and transgender people will come into force on April 1, but it does not stipulate penalties for breaches. 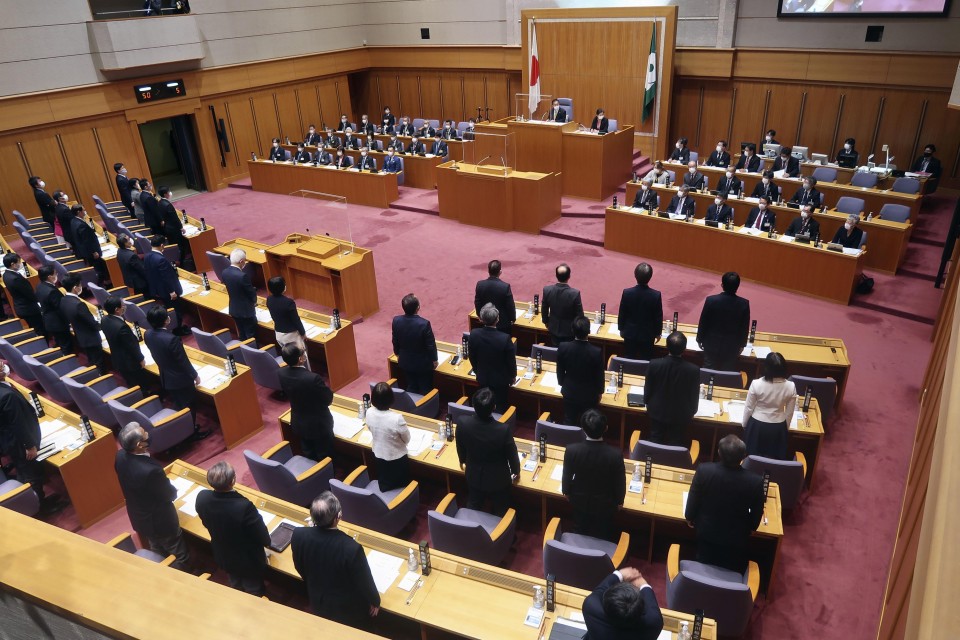 The Mie prefectural assembly approves on March 23, 2021, an ordinance banning anyone from revealing an individual's sexual orientation or gender identity without consent or good reason. (Kyodo)

The nonbinding ordinance urges people to refrain from treating others in a discriminatory manner based on their sexual orientation and seeks cooperation from residents and companies in the central Japan prefecture.

The prefectural government will hold seminars on outing for its officials and ask local city and town governments as well as schools and companies to take action to stamp it out.

The central government has designated outing as an abuse of power in its guidelines against workplace harassment under a law that took effect last June and requires large companies to take measures against it.

But advocates of LGBT rights have claimed the state's efforts are insufficient because the guidelines only cover workplaces. They urged the central government to introduce national legislation prohibiting outing.

In September, the prefectural government will introduce a partnership certification system for LGBT and sexual minority couples so they can have equivalent rights to married couples in terms of living in public housing and giving consent to their partners' medical treatment, among other benefits.

Debates over outing have gained momentum in Japan since 2015 when a Hitotsubashi University graduate student died after falling from a university building in Tokyo in an apparent suicide after his romantic interest divulged his sexual orientation to his peers.

Following the incident, the city of Kunitachi in Tokyo, which hosts the university, became the first local government to enforce an ordinance that included a ban on outing LGBT individuals in April 2018.