Toyota to rebuild capital tie-up with Isuzu for autonomous trucks

Toyota Motor Corp. said Wednesday it will reconstruct a capital alliance with Isuzu Motors Ltd., with the two firms investing more than 40 billion yen ($368 million) in each other, in a bid to jointly develop advanced vehicles such as small autonomous trucks. 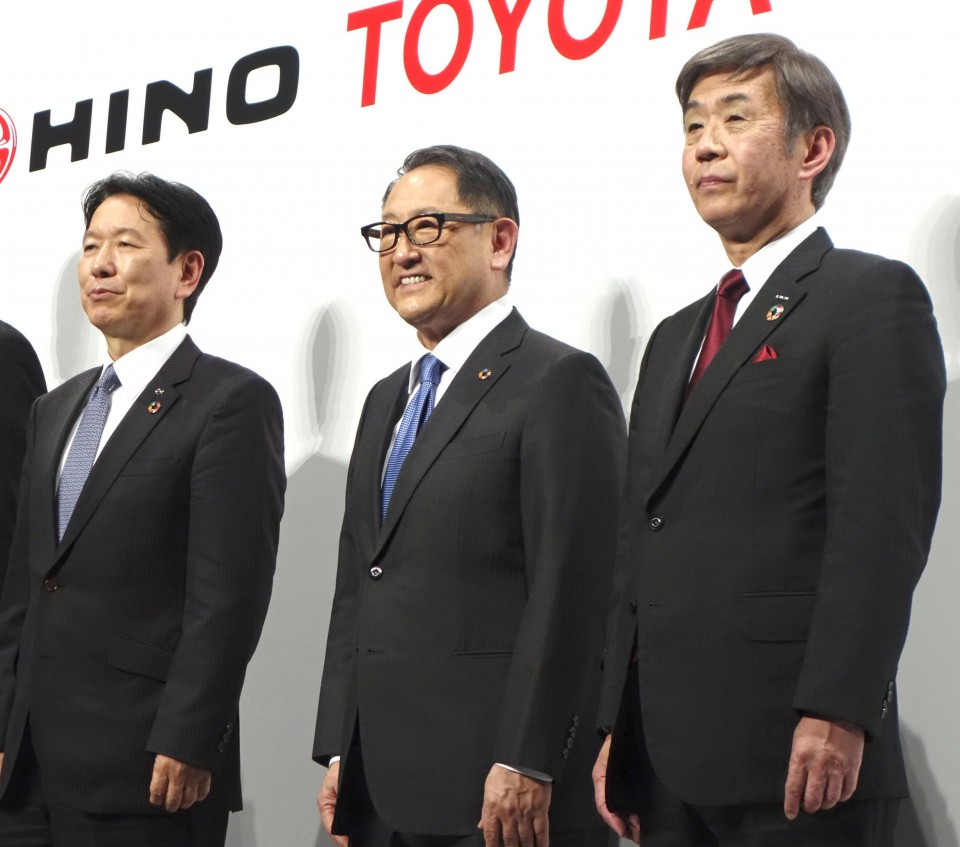 Toyota and Isuzu dissolved their previous capital partnership in 2018. They had aimed to jointly develop technologies for diesel engines.

Under the new agreement, Toyota will hold a 4.6 percent stake of all issued shares as of the end of September, worth 42.8 billion yen, in Isuzu through a third-party allotment, while Isuzu plans to acquire Toyota shares of the same value through a market purchase.

Toyota, Isuzu and Hino will set up a joint venture named Commercial Japan Partnership Technologies Corp. in April to co-develop small-sized electric and fuel-cell trucks as well as autonomous driving technologies for such vehicles.

With the alliance, "we will be able to reach out to around 80 percent of light truck users (in Japan)," Toyota President Akio Toyoda said in a joint press conference. "It is important we not only compete but also cooperate (with rivals) in the future."

Toyota can offer its electric and fuel-cell technologies to Isuzu, he said.

Isuzu President Masanori Katayama said that the partnership will help create a common platform of electrification and self-driving technologies for commercial vehicles, which account for some 40 percent of cars in Japan based on travel distance.

Toyota has also established its capital partnership with other Japanese automakers such as Mazda Motor Corp., Subaru Corp. and Suzuki Motor Corp.

For its part, Isuzu has agreed to a strategic partnership with Sweden's AB Volvo to develop technologies for autonomous trucks and other next-generation vehicles