China's capital Beijing was hit Monday by the biggest sandstorm in nearly a decade, with the city's skies turning orange and visibility in most areas reduced to less than 800 meters.

The yellow dust storm, which originated in Mongolia, brought the pollutant PM10 above 8,000 micrograms per cubic meter, while the air quality of Beijing was rated "serious," the highest among the six levels of air pollution. 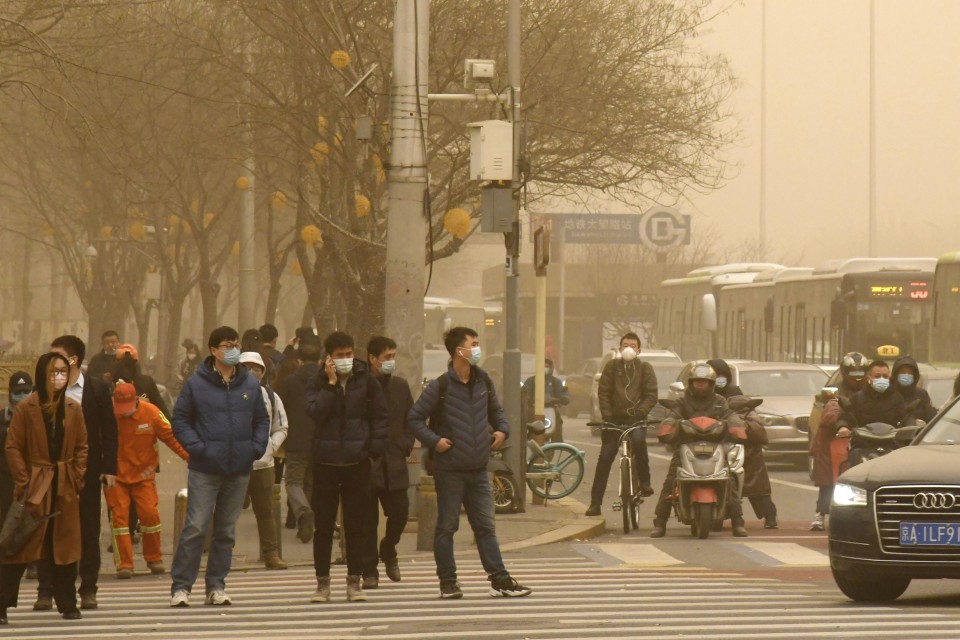 Beijing is blanketed in the most severe yellow sand and dust in a decade on March 15, 2021. (Kyodo)

Some flights to Beijing were suspended, and the city's education authorities prohibited students from engaging in outdoor activities.

Local media called on citizens in Beijing and other parts of northern China to wash their faces and the inside of their noses upon returning home.