Kirin Brewery Co. said Monday it will expand its home-delivery beer subscription service in May amid growing demand for its alcohol products at home in the wake of the novel coronavirus pandemic.

Under the service named "Home Tap," Kirin will deliver bottles of draft beer for home beer dispenses to subscribers twice a month, allowing them to select their favorite beers in one-liter plastic bottles from a list that includes Kirin's prime beer "Ichiban Shibori Premium" and craft beer from Brooklyn Brewery in New York, with whom Kirin has a capital and business tie up. 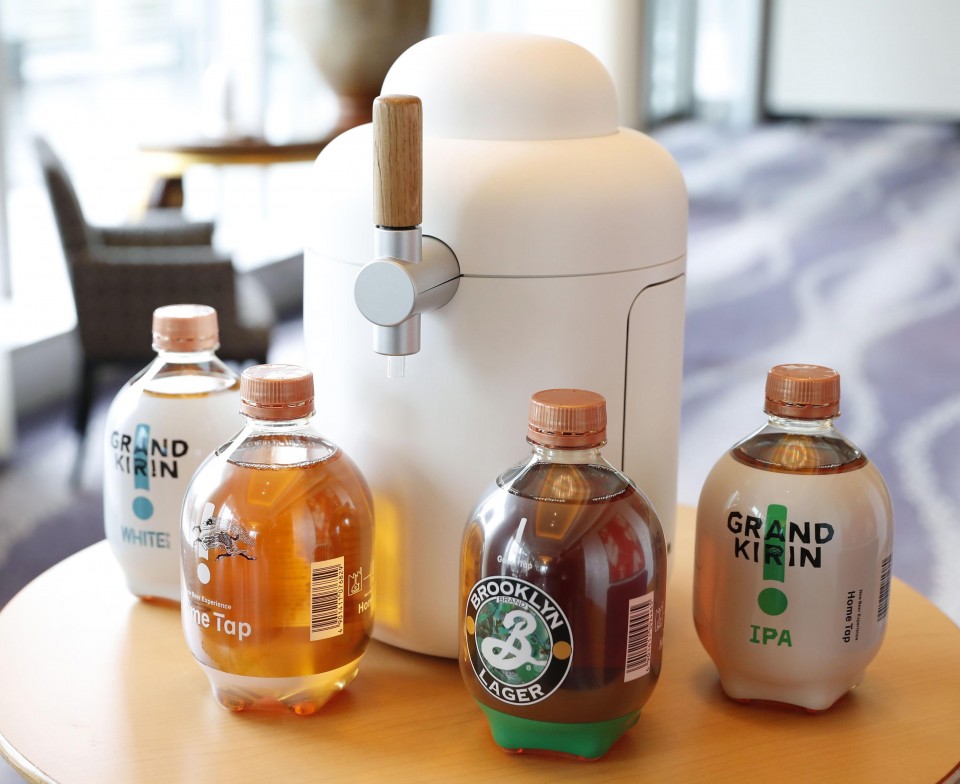 The price for a four-liter monthly subscription starts from 8,250 yen ($76) and eight liters from 12,430 yen. A beer dispenser, which keeps the beer cold and creates a creamy head, is also provided to subscribers, it said.

Kirin initially launched the home-delivery subscription service on a trial basis in 2017. Now that it has secured the production capability to manufacture its own dispensers it has decided to expand the service nationwide aside from the southernmost prefecture of Okinawa and some other islands.

Kirin Brewery President Takayuki Fuse said at the launch event in Tokyo that the company aims to gain 100,000 subscribers by the end of the year.