International Monetary Fund chief Kristalina Georgieva said Tuesday that Japan's economic recovery will not be derailed by staging the Tokyo Olympics without overseas spectators, while hailing the country's "strong response" to mitigate the fallout from the coronavirus pandemic through timely stimulus packages.

"In terms of economic impact (from the absence of overseas fans), it would be very minor. We've done some calculations and we concluded that it is not going to harm the Japanese recovery," the IMF managing director said in an online interview with Kyodo News. 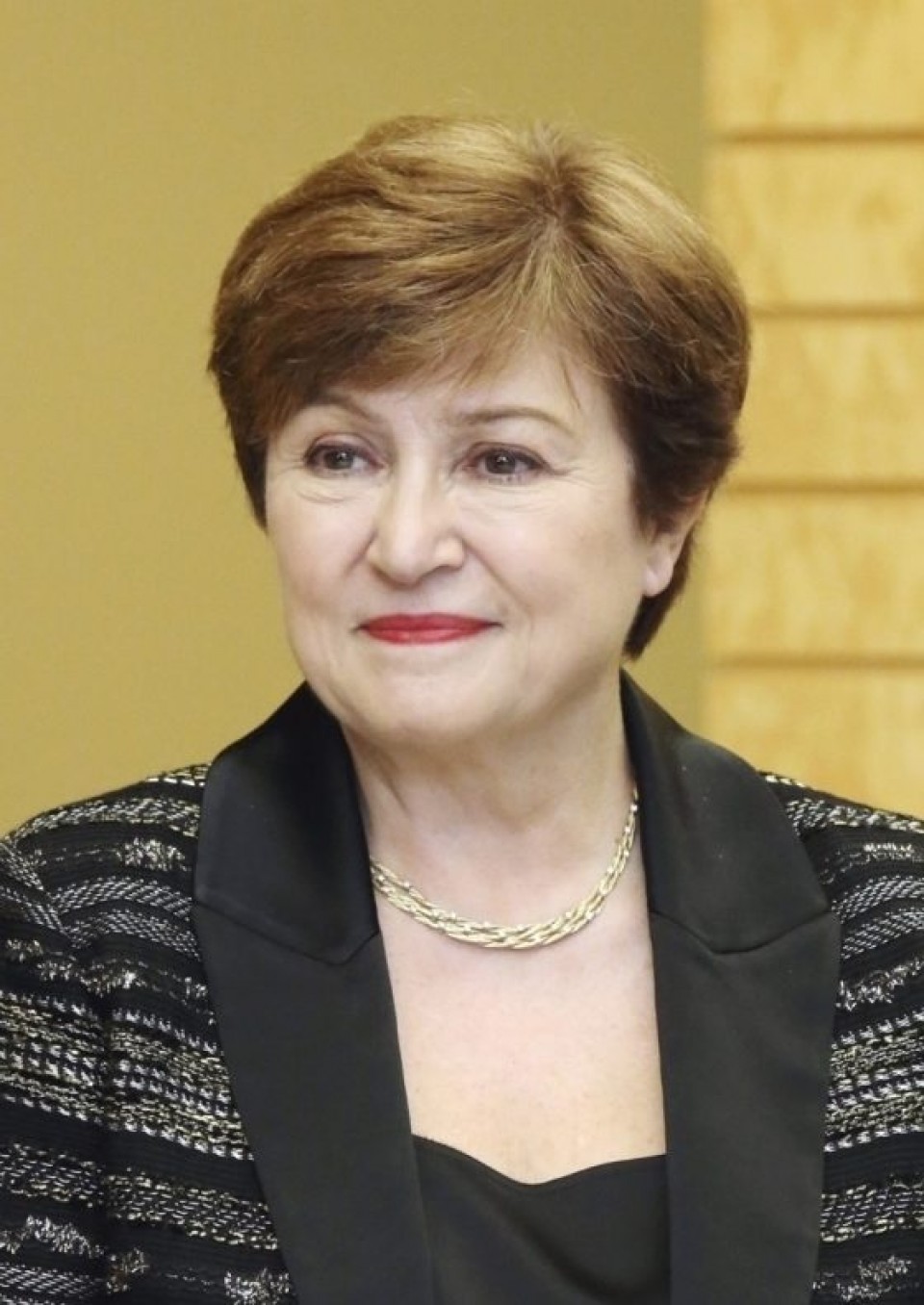 She said Japan has "a very diversified and vibrant economy" and is not dependent on revenues from hosting the Olympics.

In mid-March, the organizing bodies of the Tokyo Olympics and Paralympics made the unprecedented decision that this summer's rescheduled games will bar spectators from other countries due to the pandemic.

While expressing regret that many people will not be able to spectate in person, Georgieva, who has headed the IMF since 2019, said there will still be hundreds of millions of viewers and she wishes Japan a "very successful Olympic Games."

Although public skepticism remains over whether the Olympics should be held as scheduled on July 23, she said the decision to go forward with the global sporting event is "clearly justified" by the progress made so far in coronavirus vaccination efforts.

Even in the case that the games, already postponed by one year, will not be held at all, the IMF assessment is that it will not be "a major factor" to the Japanese economy, she said.

The organizing bodies, including the International Olympic Committee and the Japanese government, have repeatedly said the top priority for them is to stage the Tokyo Games safely, but have maintained there is no possibility of canceling them or even a remote chance of another postponement.

As for Japan's economic outlook for this year, Georgieva suggested the Washington-based institution is expecting an upward revision from its January projection that the world's third-largest economy will grow 3.1 percent.

The update will be included in the IMF's flagship report on the world economy to be released next week. Earlier Tuesday, she said in a speech that the IMF plans to raise global growth prospects for 2021 and 2022, helped by a $1.9 trillion U.S. coronavirus relief package that was recently signed into law.

In December, when Japan was struggling with record numbers of new coronavirus cases, the Japanese government approved an additional economic package worth 73.6 trillion yen ($665 billion) to help ensure the country's growth remains on a recovery track.

Georgieva said Japan has responded "promptly, swiftly and effectively" to both the health crisis and the economic downturn that it triggered, through such means as massive fiscal stimulus and monetary easing.

"It is this strong response that put the floor under the Japanese economy, but also helped us as a world to prevent much worse outcomes in this crisis," she said.

On the increasing rivalry between the United States and China, countries which the IMF chief views as the "two engines" powering the global economy, she called for more collaboration, instead of confrontation.

"It is, of course, much better for the world economy, and for these countries, to have more collaboration and to rely on trade as an engine for growth," she said, adding that the role of her international financial institution is to provide a "space for dialogue" where solutions can be sought and found.

Such dialogue "is the only way for us to have a more prosperous world, one where we want to rely on collaboration, not one that is driven by confrontation," she said.

The Bulgarian economist, who was chief executive of the World Bank from 2017 to 2019, meanwhile, warned of a "dangerous divergence" between advanced and some emerging economies that have fared well during the pandemic and low-income countries that are falling behind due to relatively underdeveloped health systems and slow vaccine acquisitions.

She said the IMF is calling attention to the issue because "if it is left with no action, it would negatively impact the prospect for global recovery, not only the countries that are falling behind."

To support debt-saddled nations with limited fiscal capacity to respond to the economic crisis, the IMF has advocated strongly for debt relief and supports an extension of a multinational debt service suspension initiative until the end of this year, she said.

The initiative, led by the Group of 20 major economies including the United States, China and Japan, was extended last year until June this year. The G-20 plans to examine whether another six-month extension is needed around the time of next week's annual spring meetings of the IMF and the World Bank.