The Japanese government has a goal of raising the ratio of women running in national elections to 35 percent by 2025, but two-thirds of active female lawmakers think it will be hard to achieve, a recent Kyodo News survey showed.

The pessimistic outlook came from 66 percent of the survey's respondents as many of them cited a stereotypical view in Japan that politics is men's business and the difficulty of balancing being a mother, wife and politician as two of the main reasons.

Twenty-six percent of the respondents said the goal could be reached with concerted efforts by each political party. 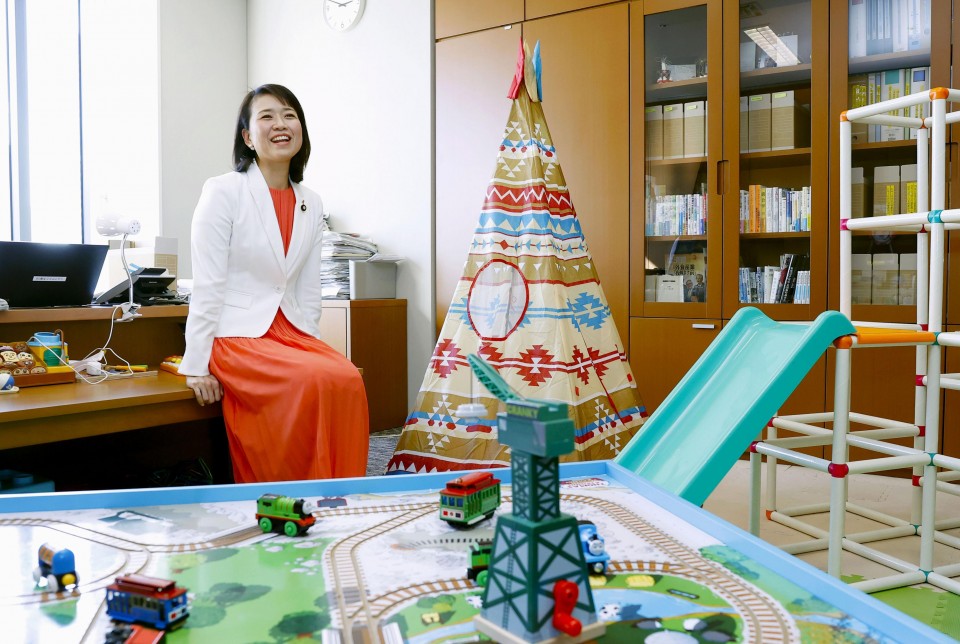 House of Councillors lawmaker Takae Ito of the Democratic Party for the People poses in her office, where children can play, in the upper house members' building in Tokyo on Feb. 4, 2021. (Kyodo)

But the percentages of women who won seats in those elections went down to 10 percent and 23 percent, respectively.

With just 10 percent accounting for women, compared with the world average of 26 percent, Japan ranks 166th in the ratio of women in the lower or single house of parliament on a list of 190 countries, according to data by the Geneva-based Inter-Parliamentary Union.

Japanese political parties tend to pick incumbents when they field candidates in elections, making it difficult for new women to step in. 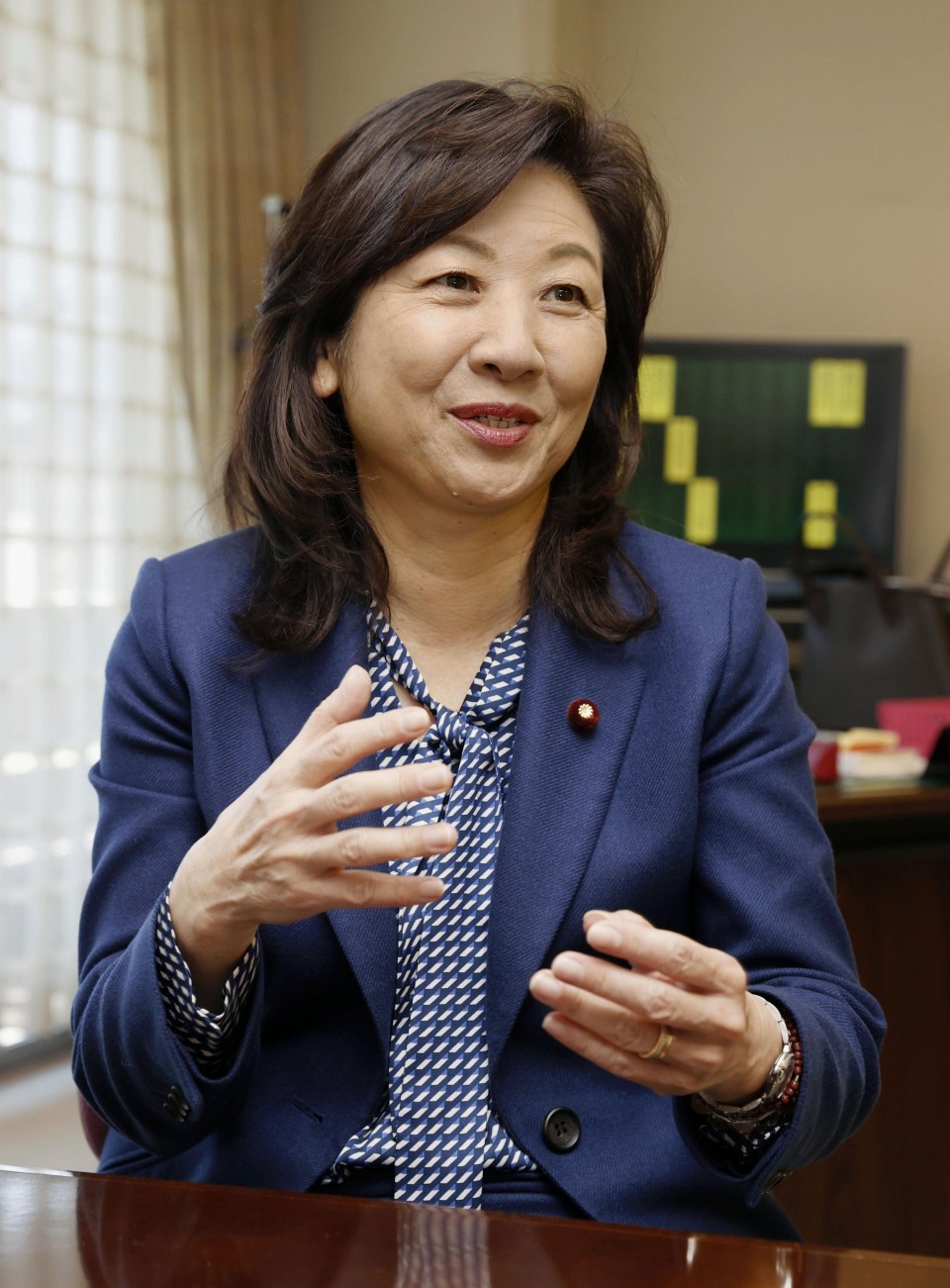 "Parties should not field women just as symbols," said Seiko Noda, executive acting secretary general of the LDP. "It is important to have women who can keep winning in elections. We want to increase the number of female candidates gradually."

The government has to come up with more effective steps if it is serious about reaching that 35 percent goal stated in its fifth basic plan for gender equality.

Seventy percent of the survey's respondents proposed the introduction of a quota for female election candidates, and 41 percent called for support such as covering campaign costs by each party.

The survey, conducted from mid-January to mid-February, collected responses from 61 female lawmakers, ahead of International Women's Day on March 8.

Takae Ito, an upper house member of the opposition Democratic Party for the People, shared a story about her first election campaign in 2016, out of an electoral district in Aichi Prefecture.

One of the voters asked her why she was running, saying she has small children to take care of.

Ito also faced a flood of criticism when she created a playing space in her parliamentary office for her daughters, but she later began to have visitors there with their own children.

"There should be politicians who know about ordinary people's lives and the views of ordinary workers," Ito said.