The Atomic Bomb Dome in Hiroshima was unveiled Friday as six-month preservation work was almost completed that involved repainting with a color close to the state seen immediately after the U.S. bombing in World War II.

The skeletal remains of the only major building left standing following the explosion on Aug. 6, 1945, reappeared in the public eye after removal of the scaffolding which had surrounded the structure. 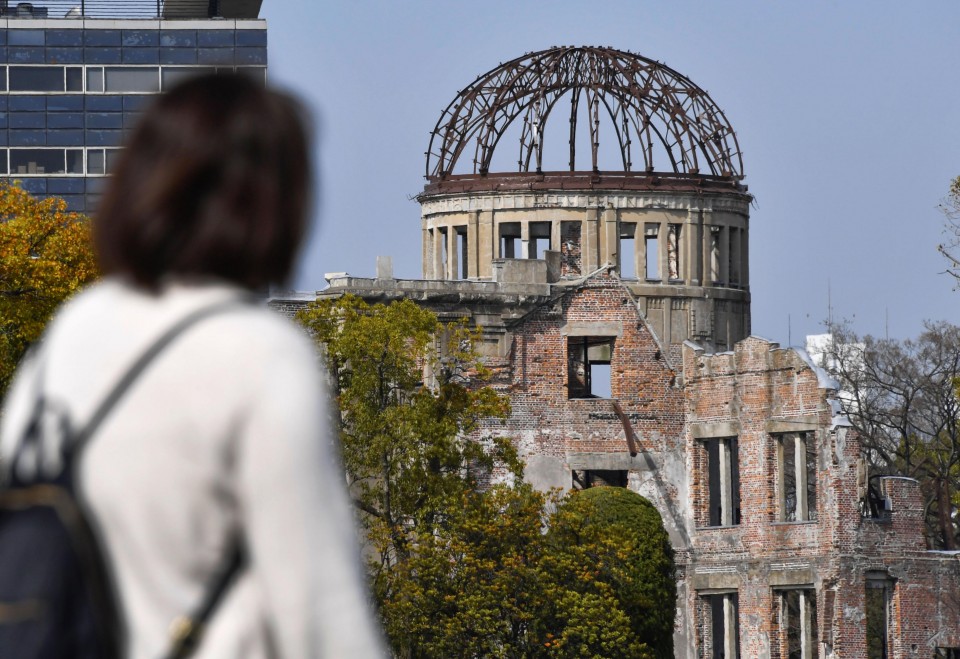 The Atomic Bomb Dome is pictured in Hiroshima, western Japan, on March 19, 2021, after preservation work was almost completed. (Kyodo) ==Kyodo

In the fifth preservation work for the UNESCO World Heritage site, the discolored steel material of its distinctive domed roof and spiral staircase was repainted to dark brown, believed to be a more faithful rendition of the color based on photographs taken by the United States after the bombing, according to city officials.

The work also involved repairing cracks in the brick joints of the building and the concrete used to support the window frames.

The city originally planned to complete the preservation work by the 75th anniversary last year of the atomic bombing, but it was delayed due partly to labor shortage in the construction industry, the officials said.

"We are relieved that we've finally finished (the work). We look forward to welcoming many visitors back once the coronavirus pandemic has subsided," one of the officials said. 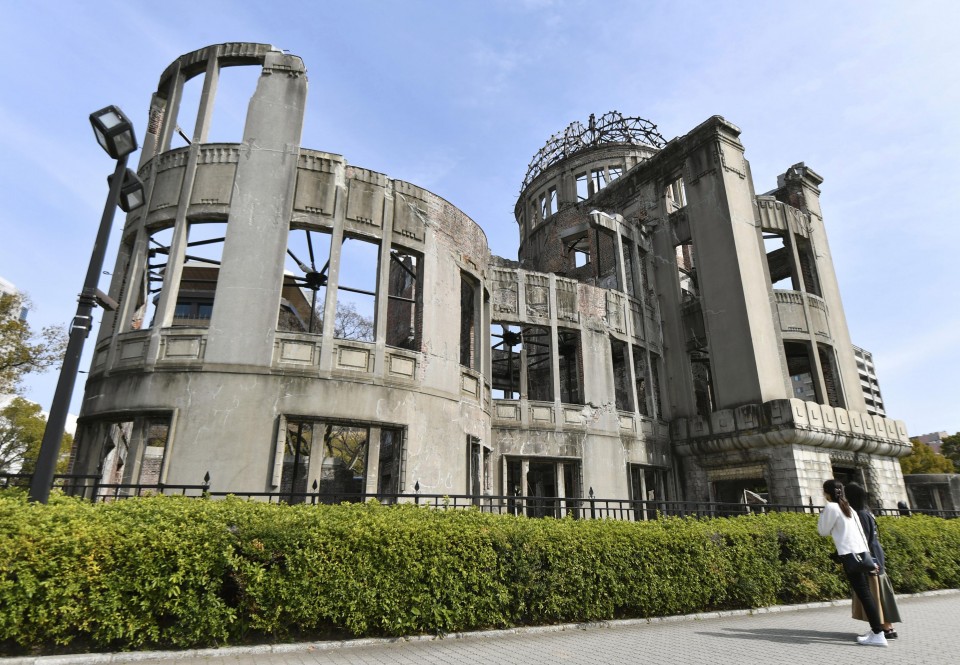 The Atomic Bomb Dome is pictured in Hiroshima, western Japan, on March 19, 2021, after preservation work was almost completed. (Kyodo) ==Kyodo