Japan will continue to suspend its subsidy program aimed at promoting domestic tourism after the government fully lifts the coronavirus state of emergency on March 7, officials said Sunday.

The resumption of the "Go To Travel" campaign, which some experts believe caused the novel coronavirus to spread nationwide, would come only after thorough preventive measures are taken, the officials said, adding the government will carefully consider whether to restart the program in March in areas where the infection situation is under control. 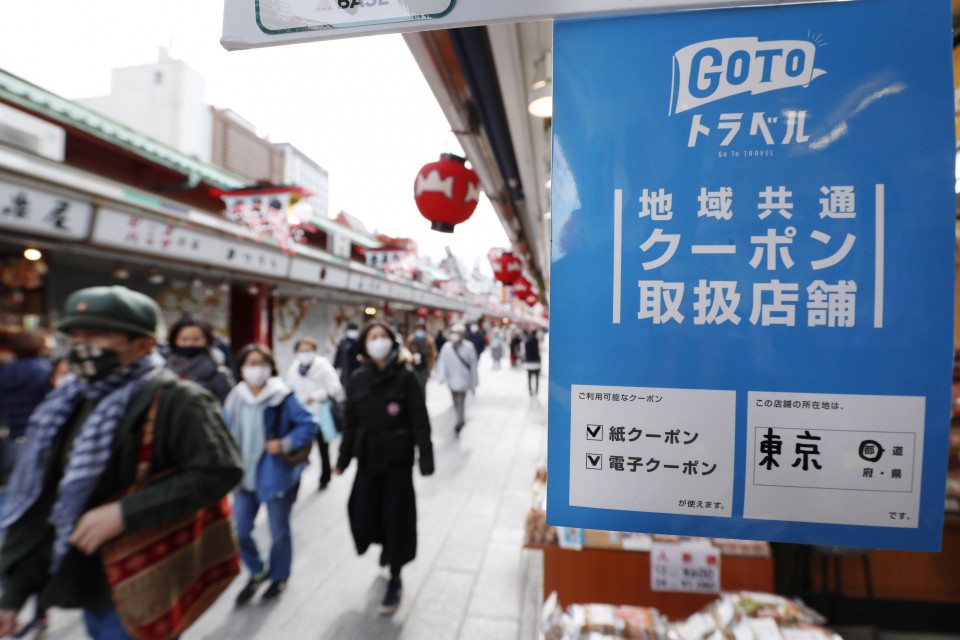 The subsidy program was suspended on Dec. 28, complicating government efforts to address the economic fallout from the pandemic, which has especially hit businesses in the tourism and leisure sectors as people have been asked to refrain from nonessential outings.

The government is scheduled to end Japan's second COVID-19 state of emergency on March 7, finally removing Tokyo and three neighboring prefectures from the list.

But one of the officials said, "It is still necessary to analyze the infection situation in each region. The Go To campaign cannot be restarted immediately on March 8."