Exports from 6 ASEAN states only down 2.2% in 2020 despite pandemic

Exports from six Southeast Asian countries fell 2.2 percent in 2020 from a year earlier to a combined $1.35 trillion, a relatively small decline despite the coronavirus pandemic hitting the region and other parts of the world, according to data from the Japan External Trade Organization.

Of the six, only Vietnam posted an increase in exports for the year, up 7.0 percent to $282.66 billion, with a 5.2 percent drop to Japan more than offset by a 25.7 percent rise to the United States and an 18.0 percent expansion to China, JETRO said, citing Hanoi's customs authorities. 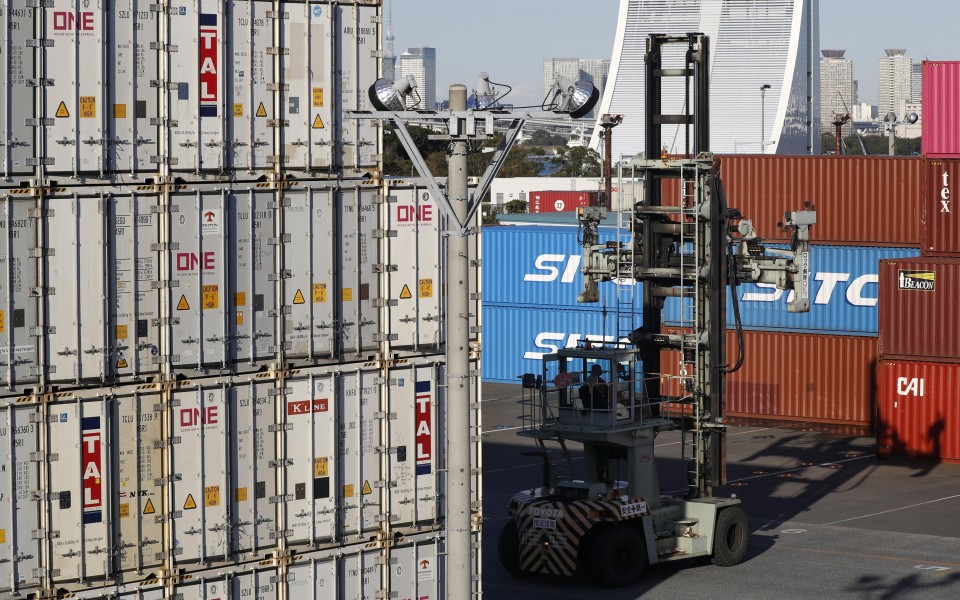 However, Vietnam's growing trade surplus with Washington and Hanoi's interventions in the foreign exchange market prompted the U.S. Treasury Department last December to label the country as a currency manipulator for the first time.

Among the five other members of the Association of Southeast Asian Nations, the Philippines logged a 10.1 percent fall in exports in 2020, followed by a contraction of 6.0 percent in Thailand, 4.1 percent in Singapore and 2.6 percent each in Malaysia and Indonesia, according to JETRO, referring to statistics from respective countries.

The combined trade surplus of the six ASEAN members more than triple to $133.66 billion, as easing energy prices and shrinking domestic demand led to steeper declines in imports than exports.

Thailand's trade surplus surged 144.5 percent, compared with an increase of 83.5 percent for Vietnam, 43.9 percent for Singapore and 25.6 percent for Malaysia.

Singapore accounted for 27.4 percent of the six countries' total trade by value in 2020, followed by Vietnam at 21.3 percent, Thailand at 17.1 percent, Malaysia at 16.5 percent, Indonesia at 11.9 percent and the Philippines at 5.8 percent.

ASEAN comprises the six countries as well as Brunei, Cambodia, Laos and Myanmar.