Pressure has been mounting on Japanese firms to take action over such human rights abuses in the supply chain after the United States and Britain imposed import restrictions on cotton and other products originating from the autonomous region. 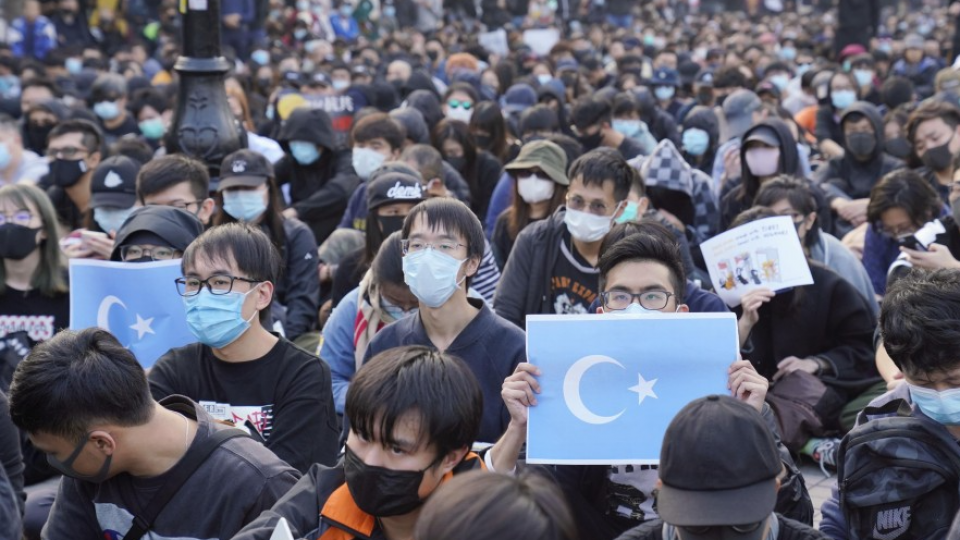 The Japanese government, which has been criticized for being slow to impose similar sanctions, has been passive in addressing the issue due to fears of provoking China.

In a report last year, the Australian Strategic Policy Institute identified over 80 global companies "directly or indirectly benefiting from the use of Uyghur workers outside Xinjiang through abusive labor transfer programs." Kyodo News recently asked 14 Japanese companies mentioned by the think tank how they plan to respond.

With the exception of Panasonic Corp., which declined to comment, all companies either denied directly doing business with companies suspected of benefiting from forced labor or said they could not verify the claims against their suppliers.

In terms of future policy, 12 companies responded that they would cease or consider ceasing business with business partners found to be using forced labor.

Toshiba Corp., which has a license contract with a firm suspected of using forced labor, said it could not confirm the claims but has decided to terminate business with them by the end of the year.

As many foreign companies rely on self-reporting of the human rights situation by the firms themselves, they are faced with the challenge of grasping the situation beyond direct business partners.

Ryohin Keikaku Co., the Muji-brand goods store chain operator, was among three Japanese companies found to have dealings with Chinese firms, or parent companies of those firms, currently under embargo by the U.S. government.

"All our cotton and yarn has been internationally certified organic by a third party," it said.

The retailer had been selling various products with "Xinjiang cotton" as part of the product's name on its official website, but they were removed following the Kyodo News investigation.