Mizuho Bank said Sunday a glitch affecting more than half of its 5,400 automated teller machines had prevented customers from withdrawing cash.

The system failure apparently occurred nationwide, one of Japan's largest banks said. In some cases, ATMs stopped functioning and cash cards were not returned. 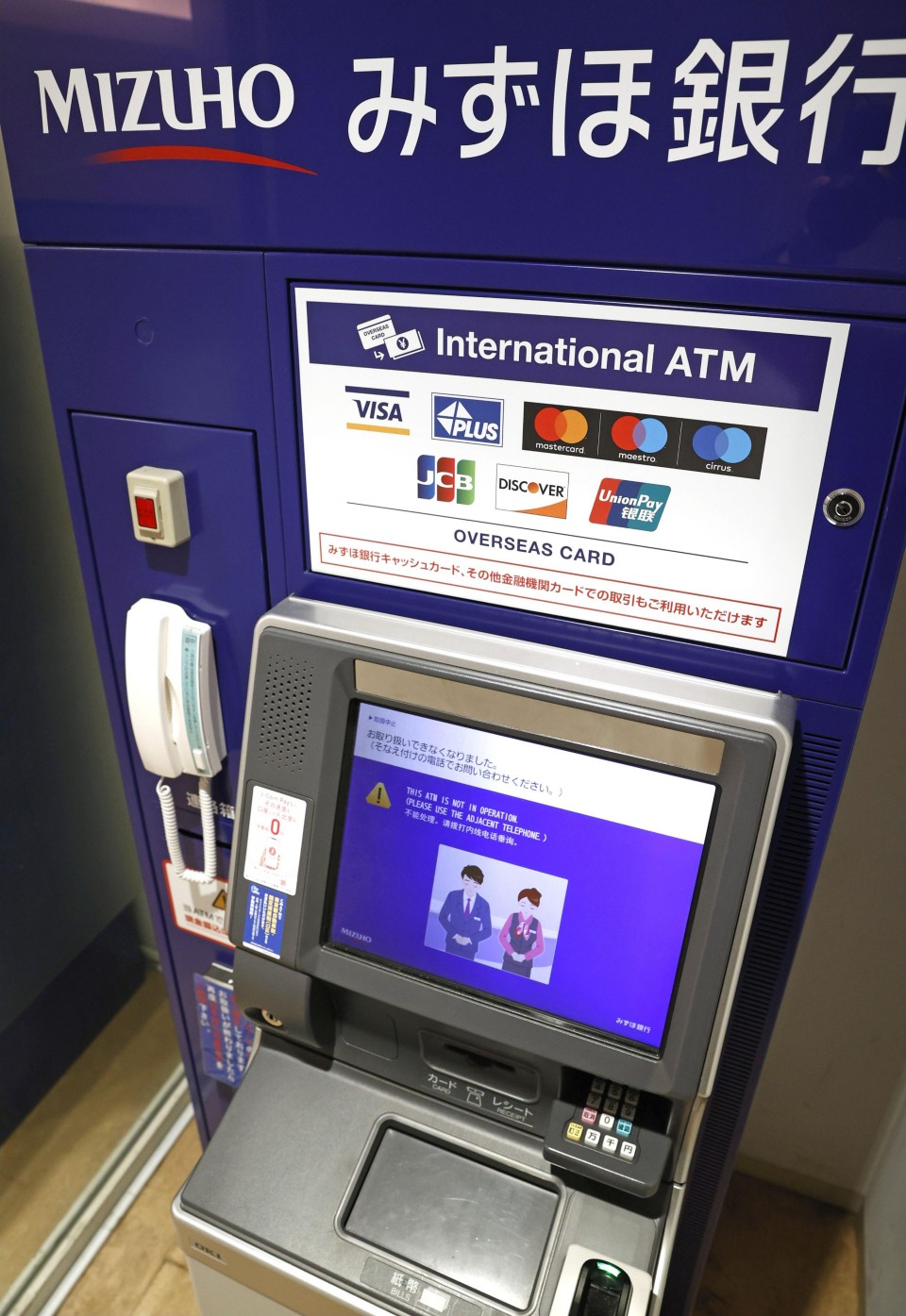 Photo taken on Feb. 28, 2021, shows a Mizuho Bank ATM in Tokyo hit by a glitch affecting cash withdrawals and other transactions at some of the major Japanese bank's outlets. (Kyodo) ==Kyodo

Its internet banking service also failed to complete some transactions.

The system started to recover after being rebooted, but the work was not completed as of 9 p.m., the bank said.

"We apologize for any inconvenience," the banking arm of Mizuho Financial Group Inc. said on its website, asking customers to use the ATMs of its partner banks if they need money immediately.

Mizuho Financial has experienced large-scale system failures in the past.

In April 2002, when its affiliated banks were reorganized, problems at ATMs resulted in 2.5 million electronic withdrawals and other transactions being delayed.

In March 2011, ATM and counter transactions were temporarily suspended and more than 1 million money transfers were delayed soon after the massive earthquake and tsunami in northeastern Japan.