Japanese WHO expert skeptical virus intruded into China from abroad

A Japanese expert from the World Health Organization, who visited Wuhan earlier this month, voiced skepticism about China's insistence that the novel coronavirus had originally intruded into the country from abroad through a cold chain.

In a recent online interview with Kyodo News, Ken Maeda, a veterinary microbiologist at Japan's National Institute of Infectious Diseases, also emphasized the importance of an additional investigation into key places in the initial epicenter of the virus.

"The possibility is not so high" that the virus rode into Wuhan on frozen-food packages as China claims, said Maeda, who was one of the members of the WHO team tasked with tracing the origins of the virus in the city along with Chinese experts. 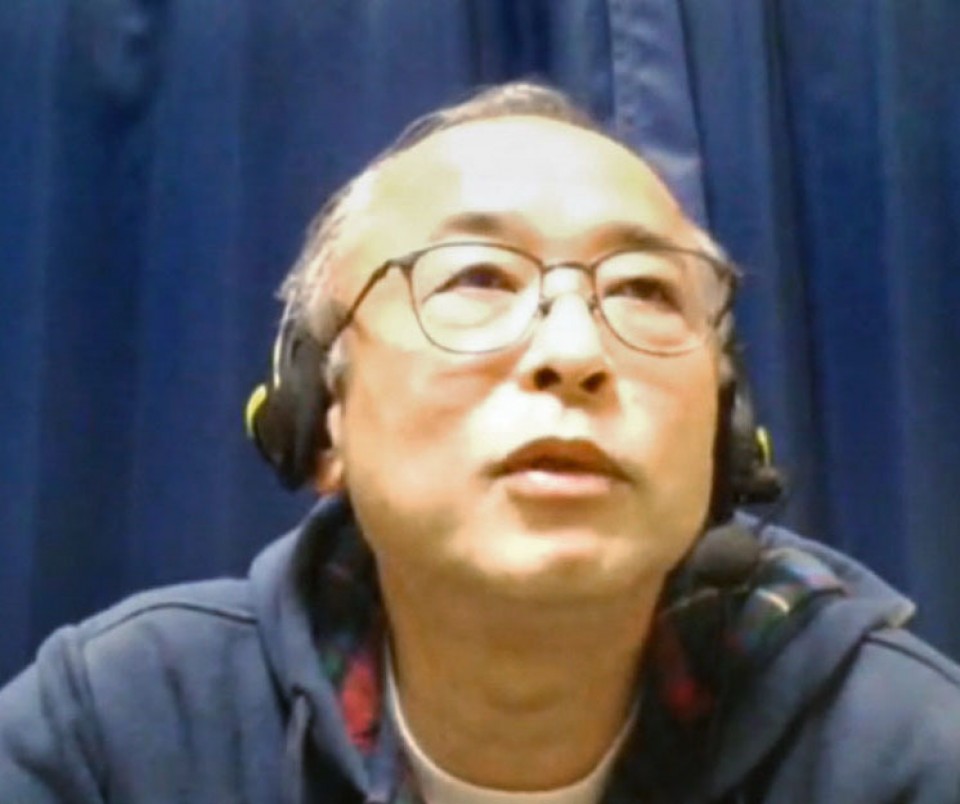 Ken Maeda, a veterinary microbiologist at Japan's National Institute of Infectious Diseases, gives an online interview to Kyodo News on Feb. 17, 2021, as seen in this screenshot image. (Kyodo)

There was a "perception gap" between the WHO group and its Chinese counterparts, Maeda said, although he added China "did not have intention to cover up" information and it provided existing data in an appropriate manner.

The Chinese side said at a press conference on Feb. 9 with the WHO team following their joint probe that cold-chain products should be included as an investigation item.

After quarantining for two weeks, the WHO experts began a full-fledged probe in late January.

In February, they visited a research laboratory, from which the new virus was rumored to have accidentally escaped, after conducting a one-hour investigation into a market where many people were confirmed to have been infected in the early days of the outbreak.

The WHO group wanted to gauge how live mammals had been traded at the market and whether they may have transmitted the virus to humans, but China argued that there had been no such animals there.

Early last year, China indicated illegal trade of wildlife at the market could have been the source of the virus spread.

The Wuhan market, in which wild animals such as bats and snakes had been traded alongside seafood, has been closed since January 2020 and it has been already sanitized thoroughly by the authorities.

Maeda said the WHO team suspects that "there were" live mammals there, adding the group asked China to unveil information about trading at the market but failed to obtain any testimony from those who had worked and done business there.

"We still have a lot of things we want to know and there remain many challenges," Maeda said.

As a result of the probe, the WHO team rejected a theory, advanced by the administration of former U.S. President Donald Trump, that the virus was leaked from the Wuhan Institute of Virology.

The group, however, was not able to clarify how the outbreak erupted in Wuhan in late 2019 or to identify how bats, believed to be the main natural host of the virus, passed it via other animals to humans, analysts say.

So far, the coronavirus, first detected in the central Chinese city, has infected more than 111 million people and killed over 2.4 million worldwide, according to a tally by Johns Hopkins University.

The WHO sent a small team of experts to China for a preliminary investigation in July last year, but they did not visit the market or the laboratory in Wuhan.

U.S. expresses "deep concerns" over WHO probe into virus origin