China has lodged a protest with Japan after two planes of the country's Maritime Self-Defense Force flew near disputed Mischief Reef in the South China Sea in August 2018, Japanese government sources said Thursday.

The protest came with the Communist-led Chinese government of President Xi Jinping claiming sovereignty over almost the entire South China Sea and rapidly building artificial islands with military infrastructure in the maritime area.

Beijing was quoted by the sources as telling Tokyo that the P-3C patrol planes "passed without permission" near the reef in the Spratly Islands, which lies within the Philippine exclusive economic zone but has been occupied China since 1995. 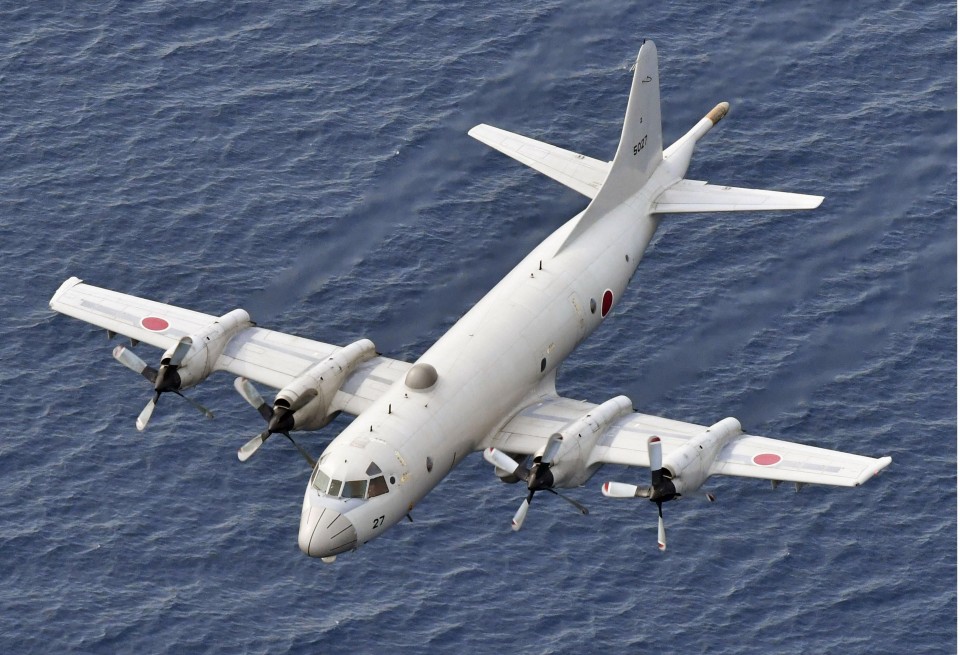 Japan counter-argued that China attempted to restrict "freedom of flight," the sources said, underscoring how the two Asian powers have been at odds not only over the East China Sea but also over the South China Sea.

Sino-Japanese relations have been often frayed by a territorial row over the group of uninhabited Senkaku Islands in the East China Sea, controlled by Tokyo but claimed by Beijing as Diaoyu.

When the two planes, which engaged in anti-piracy operations off Somalia in Africa, returned via the South China Sea to Japan in August 2018, they flew near the reef to keep away from a cumulonimbus cloud that produces lightning and thunder.

Japan had obtained flight approval from the Philippines in advance.

Tokyo was quoted by the sources as telling Beijing that Mischief Reef does not generate entitlement to a territorial sea and that the freedom of flight above it "should be guaranteed."

Moreover, Japan explained that weather conditions had forced the P-3C planes to fly near the reef, but China did not accept the claims, the sources added. 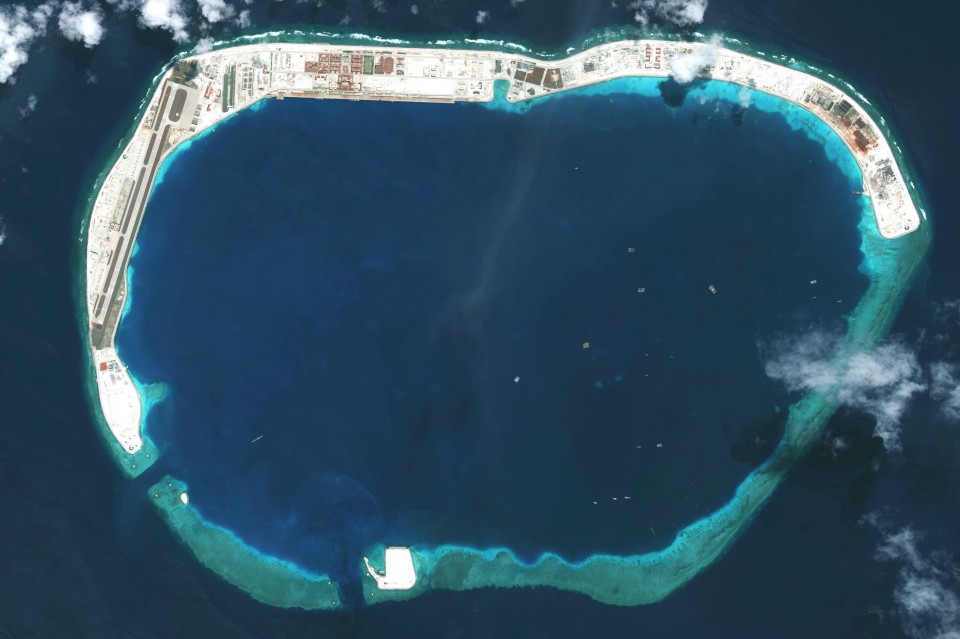 Imagery of Mischief Reef in the Soutn China Sea. (DigitalGlobe/Getty/Kyodo)

U.S. warships have carried out "freedom of navigation" operations there in an apparent bid to challenge Chinese claims and actions in the sea -- a strategic waterway through which more than one-third of global trade passes.

Last year, the administration of former U.S. President Donald Trump said it would take a tougher stance against Beijing's maritime assertiveness in the South China Sea, calling its claims to offshore resources across most of the waters "completely unlawful."

In July 2016, meanwhile, the arbitration court concluded that Mischief Reef is exposed at low tide and submerged at high tide, so it does not generate entitlement to a territorial sea, exclusive economic zone or continental shelf.