Prime Minister Yoshihide Suga said Friday that Japan will lift its COVID-19 state of emergency for six prefectures at the end of this month, but the Tokyo metropolitan area will have to wait for further signs its situation is improving.

Of the 10 prefectures under the state of emergency, Aichi, Gifu, Osaka, Kyoto, Hyogo and Fukuoka will be removed from the list a week earlier than the scheduled end date of March 7 as infections have declined and the strain on hospitals has eased.

The decision comes as the government seeks to revive an economy hit by plummeting household spending and the absence of foreign tourists. Some health experts, however, warn an early exit could lead to a resurgence in infections. 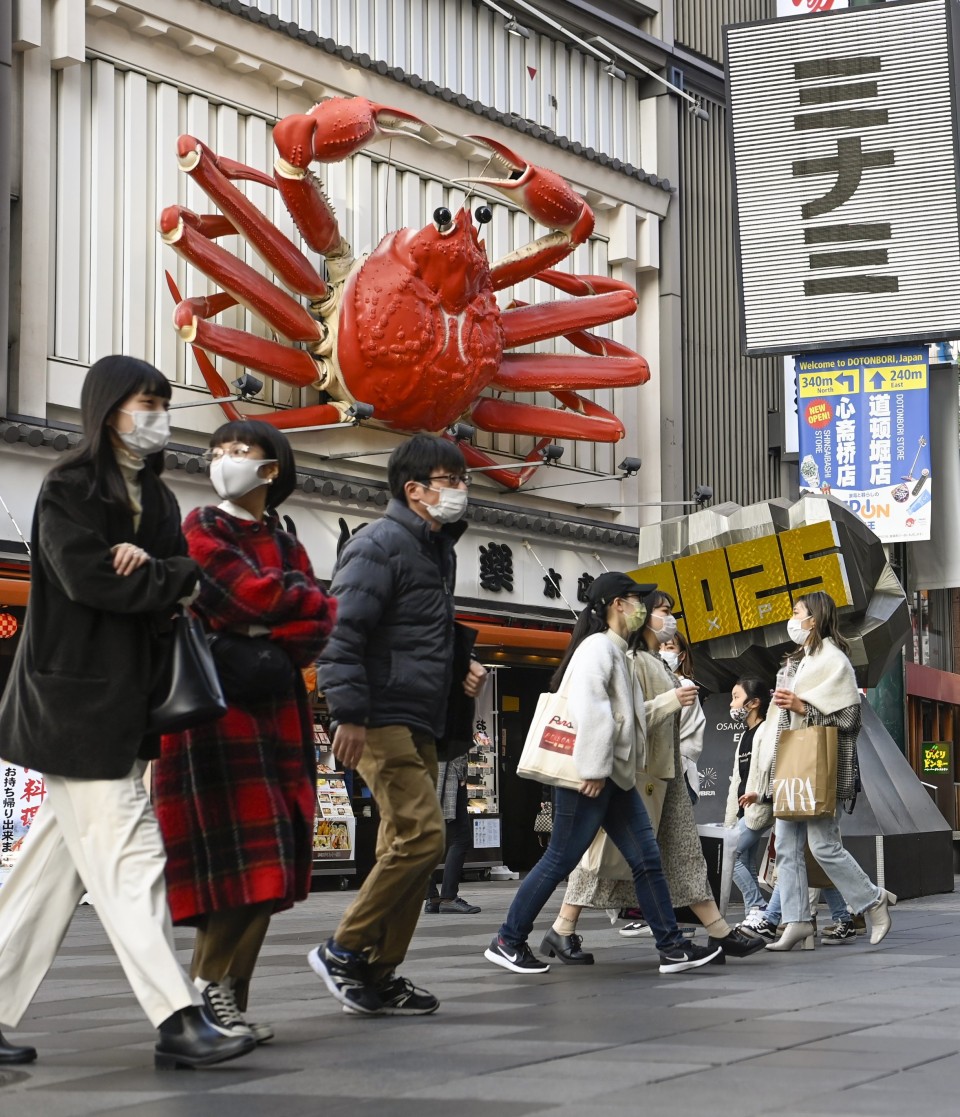 "It's important we don't let our guard down," Suga said at a meeting of the government's coronavirus task force after a panel of experts in infectious diseases and other areas approved the move.

To exit the state of emergency, a prefecture must see its situation improve from Stage 4, the worst level on the government's four-point scale.

The stages are based on six key indicators, including the weekly number of infections per 100,000 people and the percentage of hospital beds for COVID-19 patients currently available.

Aichi, Gifu, Osaka, Kyoto and Hyogo have all cleared most of the criteria. Fukuoka has lagged in bringing down hospital occupancy rates, but the government expects further progress as infection numbers continue to recede, an official said.

Tokyo and neighboring Kanagawa, Chiba and Saitama have seen some improvement but Suga said measures to curb infections must continue to be thoroughly implemented so the state of emergency can be lifted in the metropolitan area on March 7.

The nationwide tally of coronavirus cases has fallen from the single-day record of nearly 8,000, logged in early January when the state of emergency was declared, to a little more than 1,000 on Friday. There were 80 deaths attributed to COVID-19 the same day, down from the peak of 121 in early February.

Suga initially declared a state of emergency for one month to Feb. 7 for the Tokyo metropolitan area before expanding it to a total of 11 prefectures. The declaration was later extended to March 7, with the exception of Tochigi.

Under the emergency, people have been asked to refrain from unnecessarily leaving their homes, while restaurants and bars are required to close by 8 p.m. with fines for noncompliance.

Businesses are encouraged to adopt remote working, while attendance at large live events such as concerts and sports has been capped at 5,000.

Hiroomi Tanaka, the proprietor of a "yatai" food stall in Nakasu, Fukuoka's largest nightlife district, said he is "breathing a sigh of relief" that restrictions under the state of emergency will finally be eased.

The 47-year-old, however, said he is worried customers on business trips and tourists will not return until the Tokyo metropolitan area is also removed from the list.

While the government is eager to get the world's third-largest economy back on track, some health experts have expressed concern an early exit could lead to a resurgence in infections, especially as children enter and graduate from school and companies do their annual new staff intakes. The busy cherry blossom-viewing season will also enter full swing across the country.

The head of the Japan Medical Association, Toshio Nakagawa, on Thursday warned of complacency among the public, saying, "There is a danger it could send the wrong message that everything is all right now."

Yasutoshi Nishimura, the minister in charge of the COVID-19 response, said in a parliamentary committee session on Friday the government hopes to prevent such a scenario through a "strategic expansion" of infection testing that targets hot spots such as nightlife areas.

Lifting the state of emergency will not mean an immediate return to normalcy, with some measures to be gradually eased.

Restaurants and bars are expected to be able to stay open until 9 p.m. in prefectures where governors deem it appropriate while receiving 40,000 yen per day in financial aid, and the cap on event attendance will increase to 10,000 before it can be removed entirely.

Suga had been expected to hold a press conference in the evening to explain the reasoning behind the decision to lift the state of emergency early in the six prefectures.

But his office said there were no plans for such an occasion, fanning speculation he was dodging questions over ethics code violations by government officials who were treated to expensive dinners by his eldest son.

Speaking briefly to reporters, the prime minister said he will hold a press conference when it becomes clear the state of emergency could be lifted completely and that the scandal had nothing to do with it.