Tokyo's oldest remaining stone bridge from the late 1800s, which was damaged during a deadly earthquake of March 2011 that devastated Japan's northeastern region, has been restored to its double-arched glory and will reopen in April, officials said Tuesday.

Pedestrians will be able to cross the historical Tokiwa Bridge, which links the capital's Chiyoda and Chuo wards over the Nihonbashi River, from mid-April following the completion of work in the surrounding area, Chiyoda Ward's roads and parks division said. 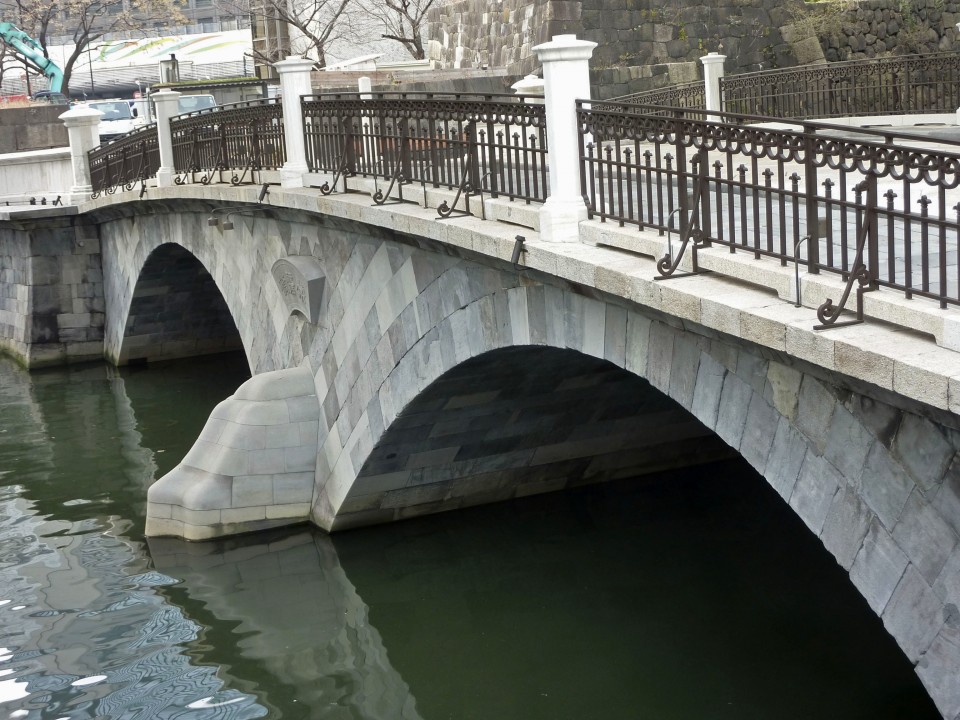 Photo pictured on Jan. 26, 2021 shows renovated Tokiwa Bridge, Tokyo's oldest remaining stone bridge from the late 1800s. After being damaged during a deadly earthquake of March 2011, it is restored to its double-arched glory and will reopen in April (Kyodo).

Workers had been carefully restoring the bridge, originally built in 1877, after it was dismantled following the catastrophic earthquake due to fears it would collapse.

Although workers tried their best to return the bridge to its original state by referring to materials used at the time it was first built, some new parts were also used.

Restoration work on the bridge, located near the headquarters of the Bank of Japan, was completed last fall, but the surrounding park, which was used as a worksite, still needs to be cleared before it can be reopened to the public.

The bridge's abutment and deck feature a mix of slightly different colored stones, while its white marble posts evoke a modern feel that contrasts with their Japanese-style garden lantern shape.

The bridge, which was originally built with wood before the establishment of the Tokugawa shogunate in 1603, was rebuilt after the Meiji Restoration of 1868 using stones from Edo Castle.