The Japanese government will draw up guidelines on how to safely transport COVID-19 vaccines, health minister Norihisa Tamura said Monday, as it steps up preparations to distribute shots to the country's population of 126 million.

Vaccines developed by various pharmaceutical firms have different characteristics and logistical challenges. The one developed by Pfizer Inc., for example, is believed to be highly effective but must be stored at about minus 75 C. 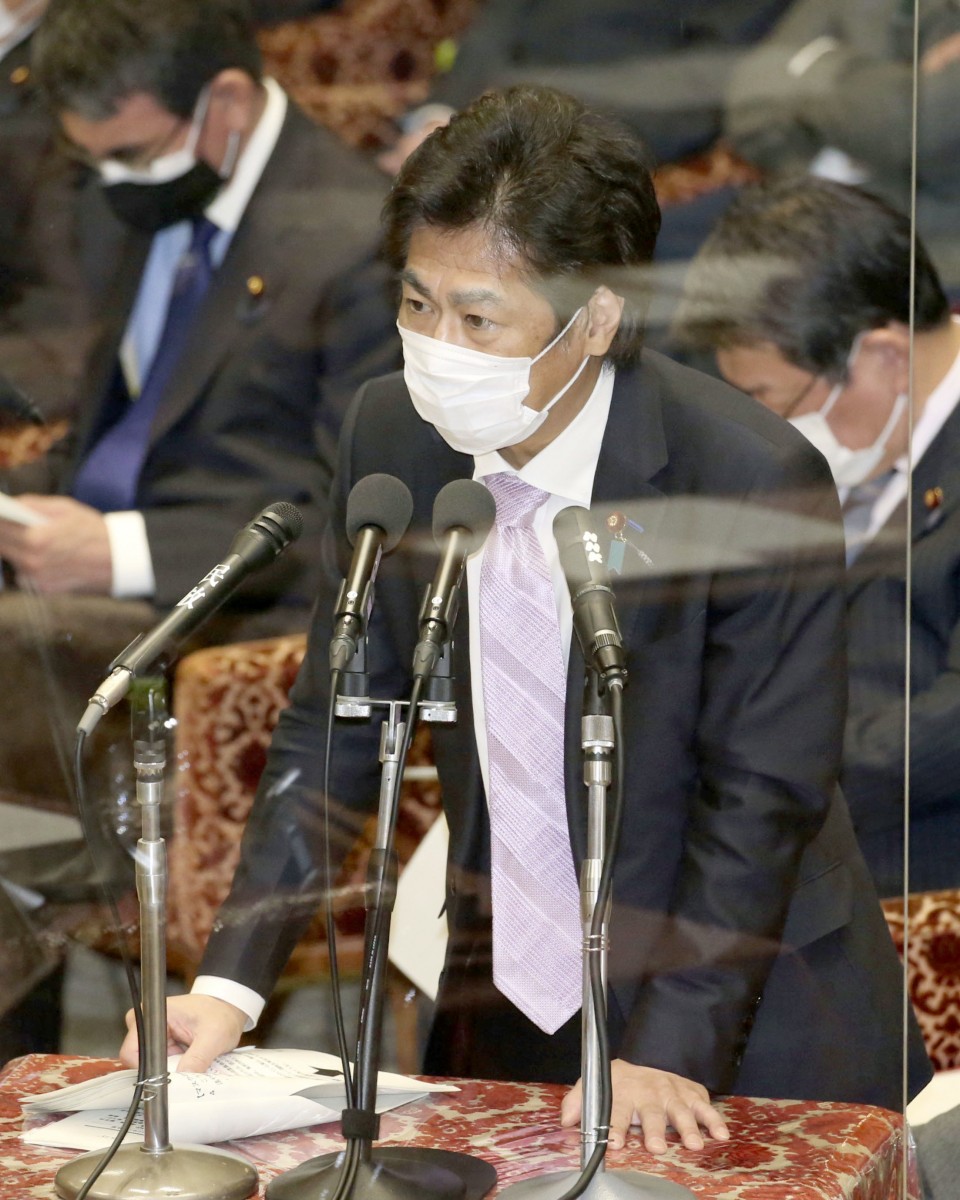 Japanese health minister Norihisa Tamura speaks in a session of the House of Representatives Budget Committee in Tokyo on Feb. 8, 2021. (Kyodo)

"We aim to quickly communicate information to local governments, including how to transport and handle (the vaccines)," Tamura said during a meet of the House of Representatives Budget Committee.

The first batch of the Pfizer vaccine could arrive in Japan from Belgium as early as Sunday, a day before its use is expected to be approved by the Ministry of Health, Labor and Welfare.

The government plans to begin inoculating 10,000 health workers this month before expanding the pool to other health workers, people aged 65 and older, and those with pre-existing conditions.

Japan is hoping to contain the spread of the virus, having extended the state of virus emergency over 10 prefectures including Tokyo, the hardest hit among Japan's 47 prefectures, beyond the initial Feb. 7 end date. The current emergency will last until March 7.

A research team of the health ministry plans to verify the safety of the Pfizer vaccine by collecting weekly data on symptoms that appear in medical workers after they are inoculated, government sources said Monday.

Around 20,000 doctors and nurses from 100 hospitals across the country are to participate in the study, which aims to track potential symptoms and the frequency in which the symptoms occur regardless of whether the vaccine is the cause.

The government plans to administer the Pfizer vaccine to participants in two doses 21 days apart, with their physical condition recorded every day from the first shot to four weeks after the second shot.

The research team will collect data on a weekly basis on the symptoms and serious reactions that are expected to occur in one in every several thousand people.

"Vaccines are the key to our coronavirus measures," Prime Minister Yoshihide Suga said during the committee session. "The government will work with prefectures and municipalities to ensure all of the people will be able to be safely vaccinated."

The government has agreements in place to receive enough vaccine doses for 157 million people, 72 million of which are to come from Pfizer. The remainder will be provided by AstraZeneca Plc and Moderna Inc.

About 20,000 ultra-cold freezers are slated to be set up at medical facilities across Japan to store the Pfizer vaccine, which was 95 percent effective in clinical trials. The AstraZeneca vaccine can be stored at 2 to 8 C, making it easier to handle, but is only around 70 percent effective.

The government has enlisted distribution firms Yamato Holdings Co., Seino Holdings Co. and DHL International GmbH to transport the vaccines in Japan, according to people familiar with the matter.