Bodies of three children have been found in southwestern Japan's Kyushu region, local police said Friday, adding the children's father is suspected of being involved with their deaths.

The police said a boy was found dead Thursday by an officer in an apartment in Iizuka, Fukuoka Prefecture. The boy is believed to be the eldest of the three, a 9-year-old, who was living with his 3-year-old brother and 2-year-old sister and their father, but none of them was in the home when the boy's body was found.

The investigators later learned that the father, in his 40s, and the other children were staying in a hotel in Sakurajima, a mountainous island in Kagoshima Bay in Kagoshima Prefecture, about 230 kilometers south of their home. 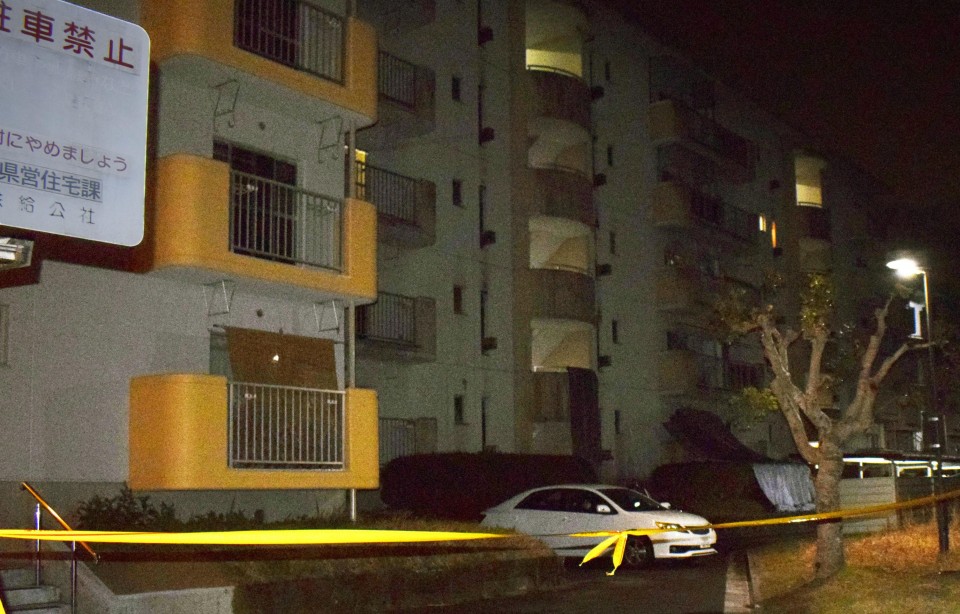 Photo taken on Feb. 26, 2021, shows an apartment in Iizuka, Fukuoka Prefecture, Japan  where a child was found dead the previous day (Kyodo)

When they stormed the hotel after 7 p.m. Friday, a man, believed to be the children's father, jumped from the fourth floor to the ground, the police said.

He was taken to the hospital, but his condition is not known, they added.

In a hotel room, the investigators found the bodies of two young children with visible wounds, along with a suicide note.

The hotel said the man and the two children checked in on Wednesday.

A man who lives near the family in Iizuka said the father was raising the three children by himself.

"He never yelled at his kids. He was a doting father," said the man in his 70s, adding the father was always polite and often exchanged greetings with his neighbors.

"I would never imagine something like this could happen," said the man.

The police said an autopsy on the boy found dead Thursday was inconclusive as to a cause of death. He had been dead for about a week with no visible injuries to his body.