The opening-round match at Saitama Stadium featured two teams with their sights on a title after falling short of expectations last season. 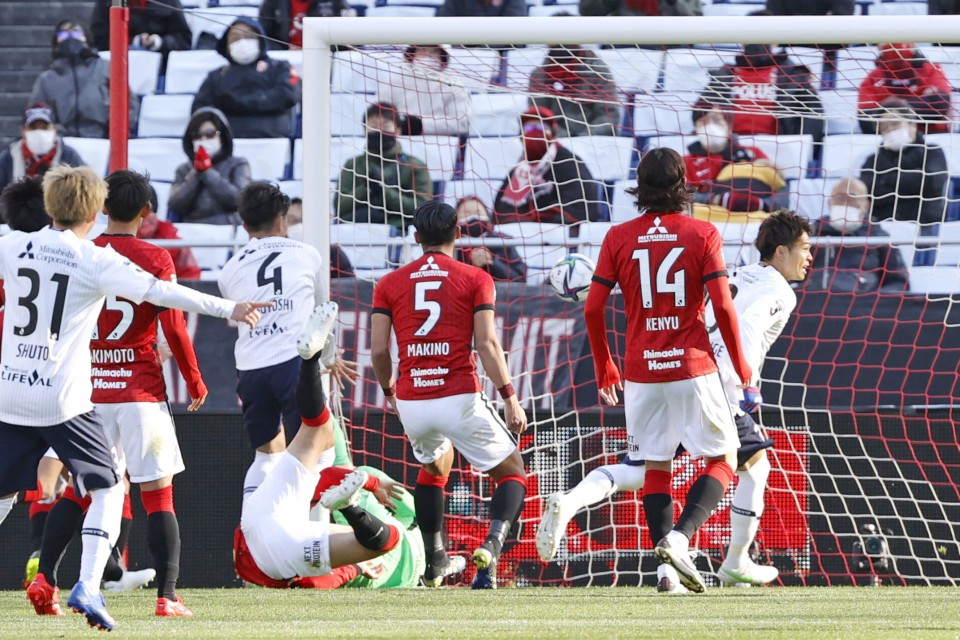 FC Tokyo, 2019 runners-up, are aiming for a maiden J1 crown under fourth-year manager Kenta Hasegawa, while two-time Asian champions Urawa have big hopes for highly touted Spaniard Rodriguez, whom they lured from Tokushima Vortis after he steered the Shikoku club to J1 promotion.

In a cagey affair in front of 4,943, both teams conceded following lackluster defending on set pieces.

Reds captain Yuki Abe gave his side the lead from a corner kick in the 74th minute, poking home from a goal-mouth scramble after FC Tokyo keeper Go Hatano foiled an initial attempt by Tomoaki Makino.

But the hosts let go of the advantage 12 minutes later when Morishige found space inside the box to head home from a free kick by substitute Hirotaka Mita.

"It's disappointing, but at the same time, it was a very good performance with many positives. The team defended well and created chances, (but) we let them score on a free kick and it cost us two points," Rodriguez said.

Urawa looked to have made a dream start to the match when Kenyu Sugimoto put the ball in the net after just six minutes, but the forward was ruled offside following a video review.

In other J1 action from the opening round, Consadole Sapporo thrashed Yokohama FC 5-1, with Takuro Kaneko scoring a first-half brace and Thailand star Chanathip Songkrasin adding a late goal at Sapporo Dome.

Vegalta Sendai snatched a 1-1 draw with Sanfrecce Hiroshima after Shuhei Akasaki equalized in the 90th minute at Edion Stadium Hiroshima.

Tokushima marked their return to the top flight after a seven-year absence with a 1-1 draw away to Oita Trinita.

Head coach Takeshi Komoto is calling the shots from the sidelines for Tokushima while new manager Dani Poyatos is unable to enter Japan due to travel restrictions aimed at combating the coronavirus.

Brazilian forward Thiago Santana was on target in his J-League debut, helping Shimizu S-Pulse come back to upset eight-time champions Kashima Antlers 3-1 on the road.