Japan to set guidelines for flying car tests by March 2022

Japan plans to craft guidelines on tests of flying cars by the end of March 2022, transport minister Kazuyoshi Akaba said Friday, as the government aims to put them into practical use by 2023. 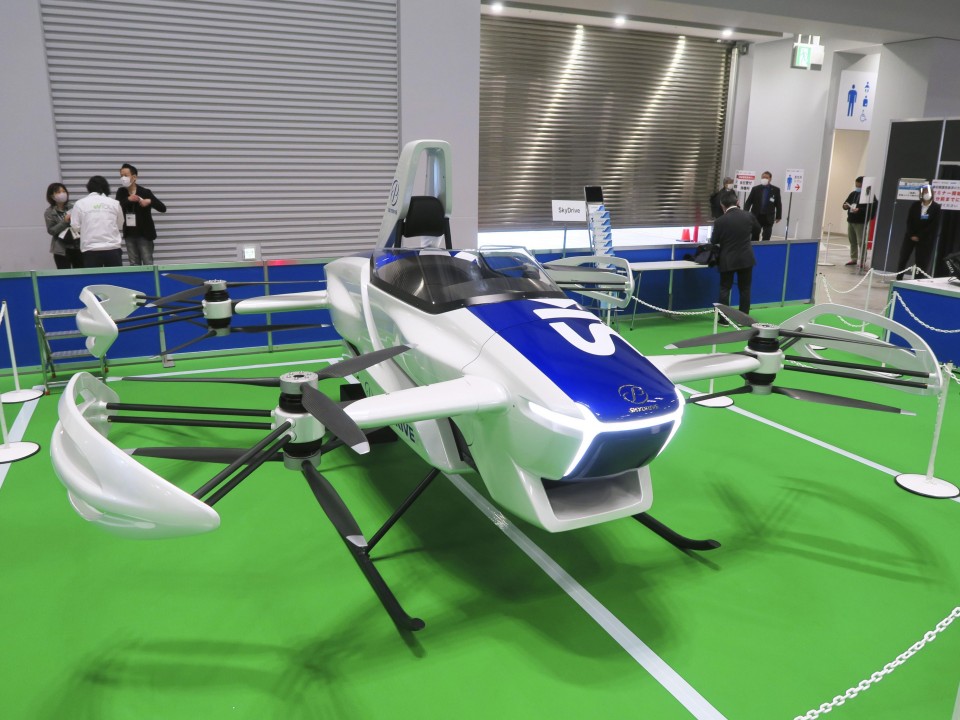 Photo shows a flying car model developer SkyDrive Inc. unveiled to the public on Nov. 4, 2020, at an exhibition in Tokyo. The start-up, founded by former Toyota Motor engineers in 2018, has begun conducting manned test flights of the SD-03 model in Toyota in Aichi Prefecture, central Japan. (Kyodo)

The government has been encouraging the development of these flying vehicles in collaboration with private companies for such purposes as transportation in rural areas and disaster relief.

"We will continue our public-private collaboration, and advance efforts to set a necessary environment" that is conductive to the practical use of flying vehicles, Akaba said at a press conference.

Flying cars, including vehicles that take off and land vertically or drive autonomously, are also envisioned for use in tourism and cargo transportation in the 2020s.

The central Japan prefecture of Mie, which has been advancing efforts to enhance its transportation services and attract tourists to its underpopulated areas with flying cars, had requested the state clarify its standards in giving approval to test flights. 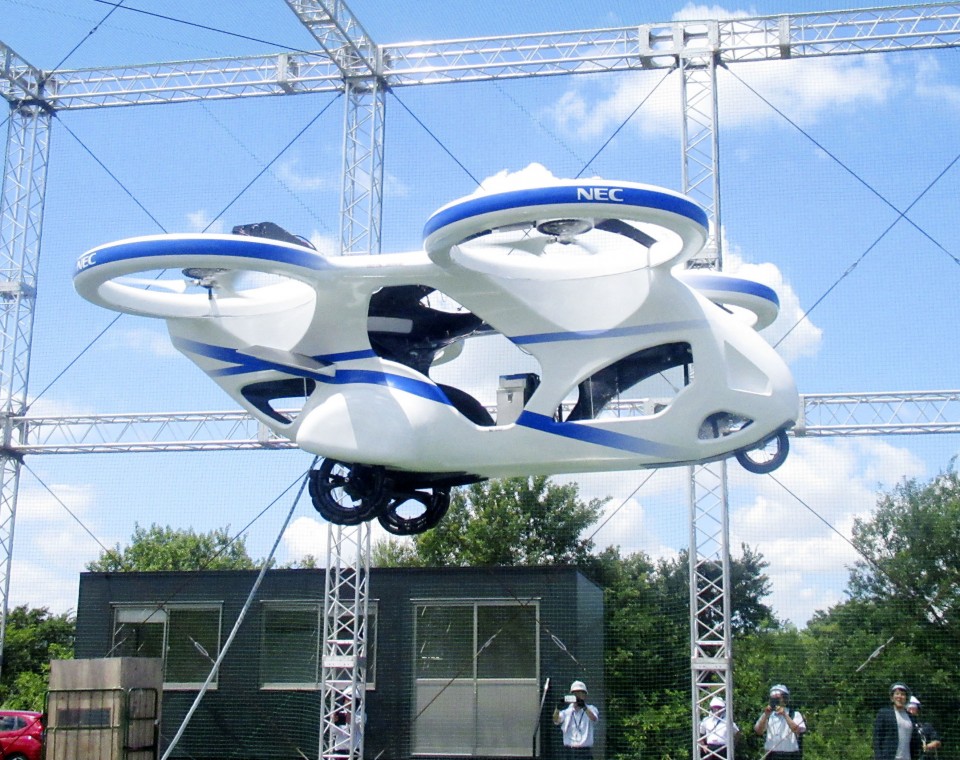 Japanese electronics maker NEC Corp. unveils a prototype of an electric flying car in Abiko, Chiba Prefecture, on Aug. 5, 2019, as it seeks to offer its communications and control technologies to other companies. (Kyodo)

In 2018, the central government launched a private-public council to promote flying vehicles, engaging logistics companies as well as automobile and aircraft makers among others.

Last August, Tokyo-based startup SkyDrive Inc. successfully conducted the first public manned flight of a flying car in Japan. It was designed to be the world's smallest electric vertical take-off and landing model, requiring only as much space on the ground as two parked cars, according to the company.