Taiwan President Tsai Ing-wen on Sunday reiterated her government's commitment to promoting freedom and democracy as she attended an annual ceremony to commemorate a 1947 massacre of civilian protesters.

"We must adhere to our values of freedom and democracy, which cannot be exchanged for anything else," Tsai said at a ceremony held at Kaohsiung's 228 Peace Memorial Park to mark the 74th anniversary of the Feb. 28, 1947 massacre. 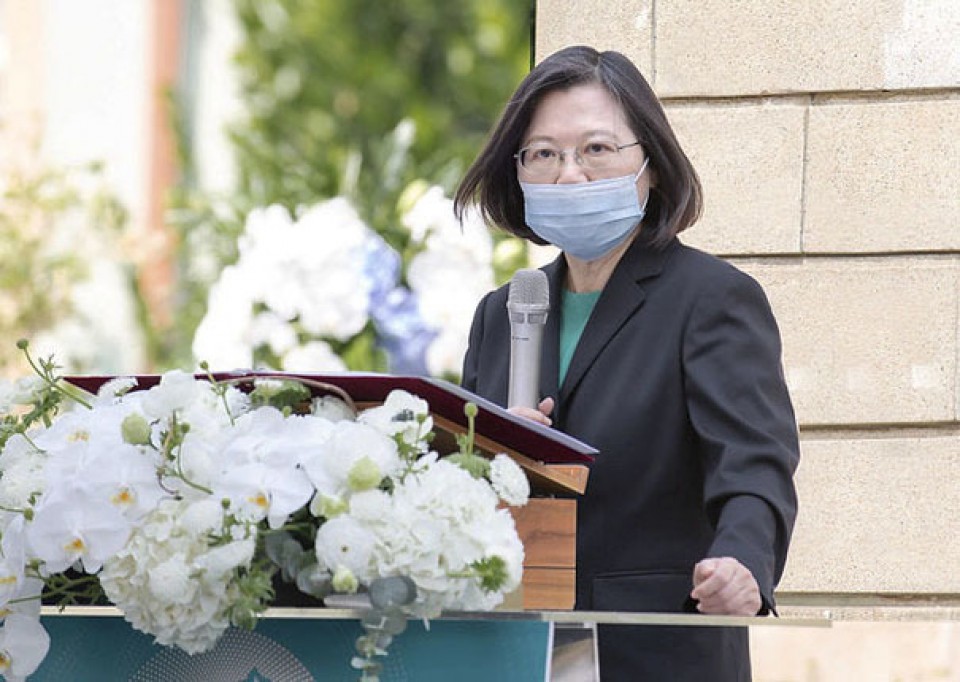 Taiwan President Tsai Ing-wen speaks at a ceremony held at Kaohsiung's 228 Peace Memorial Park on Feb. 28, 2021 to mark the 74th anniversary of the Feb. 28, 1947 massacre. (Photo courtesy of the presidential office)(Kyodo)

Tsai said the government's commemoration of what is known as the "228 Incident" is an occasion to re-examine abuses committed during the martial law era and take stock of Taiwan's progress since then.

Historians estimate that at least 20,000 people were killed on that day and during the military crackdown on dissent that followed under the authoritarian rule of former Nationalist Party (KMT) dictators Chiang Kai-shek and his son Chiang Ching-kuo, in what has been dubbed the "White Terror Era."

In addition to praising Taiwan's freedom and democracy, Tsai, of the Democratic Progressive Party, vowed to protect human rights and uphold personal dignity.

As the National Human Rights Commission was established last year, Tsai said this independent body will not only publish reports on human rights violations but also examine relevant regulations to see whether they conform to international standards.

She said given that democracy may be regressive and dictatorship may be revived, "the awareness of human rights must be internalized into the DNA of the government system."

Tsai noted that a Transitional Justice Commission, an independent government agency responsible for the investigation of actions taken by the KMT between 1945 and 1992, has just published more declassified documents in its online database.

She said they help people better understand how an authoritarian government violated human rights, while reminding them that only a democratic government exercises self-control of its power and has the courage to reflect on its wrongdoings.

"Let our children and children's children unify and work together," Tsai said. "Let's write our own history and let freedom and democracy flourish on the beautiful island for generations to come."

At the end of the ceremony, Tsai handed family members of three political victims of the 228 Incident a certificate with a view to restoring their reputations in the eyes of the public.