The government officials told a panel of the Liberal Democratic Party they have confirmed their interpretation of existing laws. China implemented a new law earlier this month that allows its coast guard to use weapons against foreign ships that Beijing sees as illegally entering its waters.

Government officials had said earlier Japan's coast guard is only allowed to fire weapons directly at foreign vessels in cases of self-defense and emergency escape. 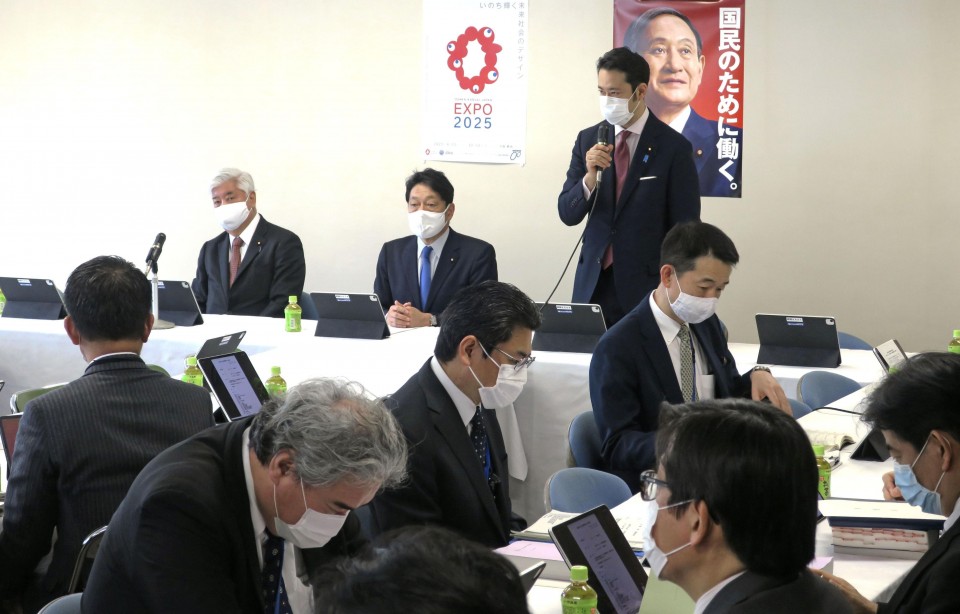 The officials explained the confirmed interpretation at a meeting of the panel, saying it is possible for Japan's coast guard to fire on foreign official vessels under laws by regarding vessels aiming to land on the Senkaku Islands as committing violent crimes.

The interpretation is partly based on applying the use of police power under a police law to the coast guard, an LDP member who attended the meeting said, citing the government officials. The interpretation emerged because using force against vessels of foreign countries is considered to run counter to Japan's war-renouncing Constitution and exclusively defense-oriented policy.

It is the first time government officials have referred to the coast guard's possible firing on foreign official vessels aiming to land on Japanese territory, according to the LDP member, Taku Otsuka, who leads the LDP's National Defense Division that held the meeting.

There were rising concerns in Japan that the country is unable to deal with China's assertiveness around the Japan-controlled, China-claimed Senkaku Islands.

Last year Chinese coast guard vessels entered Japanese territorial waters near the Senkaku Islands around twice a month. Since the law took effect in China earlier this month, the frequency has risen to twice a week, according to the Japan Coast Guard.

After the implementation of the law on Feb. 1, Tokyo expressed "strong concern" over the legislation, which also authorizes the Chinese coast guard to seize foreign ships entering waters claimed by Beijing.

On Thursday, Japanese Prime Minister Yoshihide Suga said in a video message at a symposium that the security environment in the Indo-Pacific region has become severe, voicing concerns that "military capability expansion lacking in transparency and unilateral attempts to change the status quo by force or coercion have continued" in the region, although he did not name China.

Suga also said, "I firmly believe that it is 'a free and open order based on the rule of law,' not 'force or coercion,' that will bring peace and prosperity to the region and the world."