The Bank of Japan began a two-day policy-setting meeting Wednesday to assess damage to the economy from a fresh state of emergency over the novel coronavirus amid expectations that monetary easing will be maintained.

The policy meeting is the first since the BOJ announced in December that it will evaluate whether a spate of policy steps that have been taken to attain the central bank's 2 percent inflation target have been effective. The findings of the latest review are expected to be announced in the next meeting in March.

The state of emergency declared earlier this month will be in place until Feb. 7 for 11 of the country's 47 prefectures, dealing a further blow to the economy, which is emerging from its worst contraction triggered by the previous emergency declaration over the virus last year. 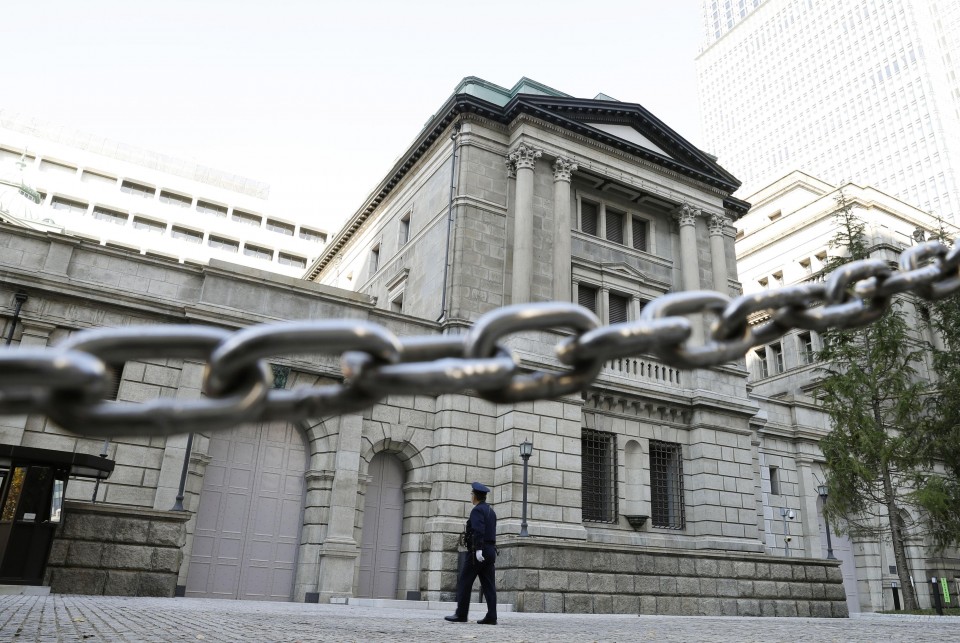 The BOJ is set to announce on Thursday its quarterly economic outlook report with its assessment on the current state. So far, the bank has taken the view that the economy "has picked up, although it has remained in a severe situation."

Economists say the economic impact from the latest state of emergency may be less severe than the previous one, which was declared in April in some areas and later expanded nationwide before being fully lifted the following month. But concerns remain that consumption has been seriously hurt.

The core consumer price index, excluding fresh food prices, is expected to fall 0.6 percent from a year earlier in fiscal 2020 before it rises 0.4 percent the following year, far below the 2 percent inflation goal.

BOJ Governor Haruhiko Kuroda has said the forthcoming review is aimed at making the bank's policy more effective and sustainable while the inflation target is still elusive.

Kuroda has acknowledged that there are concerns about the side effects of years of low interest rates and the BOJ's massive purchases of government bonds and other assets from financial institutions.

But he has also cautioned that the BOJ will not comprehensively overhaul the current monetary easing framework, suggesting that the review will result in a fine-tuning of the policy.

BOJ watchers say the bank wants to scale back its buying of exchange-traded funds from the current pace of 12 trillion yen ($115.5 billion) a year. The scheme has made the central bank the largest holder of Japanese stocks, sparking criticism that the policy distorts the market's price-discovery mechanism.

At the end of the policy meeting on Thursday, the bank is widely expected to decide to keep short-term interest rates at minus 0.1 percent while guiding long-term rates around zero percent.

With no immediate end in sight to the coronavirus pandemic, the BOJ has faced growing uncertainty over the economic outlook. Like its U.S. and European peers, the BOJ is increasingly braced for further monetary easing to boost the economy if necessary.