Democrats gear up to impeach Trump over Capitol riot, eye vote on Wed. 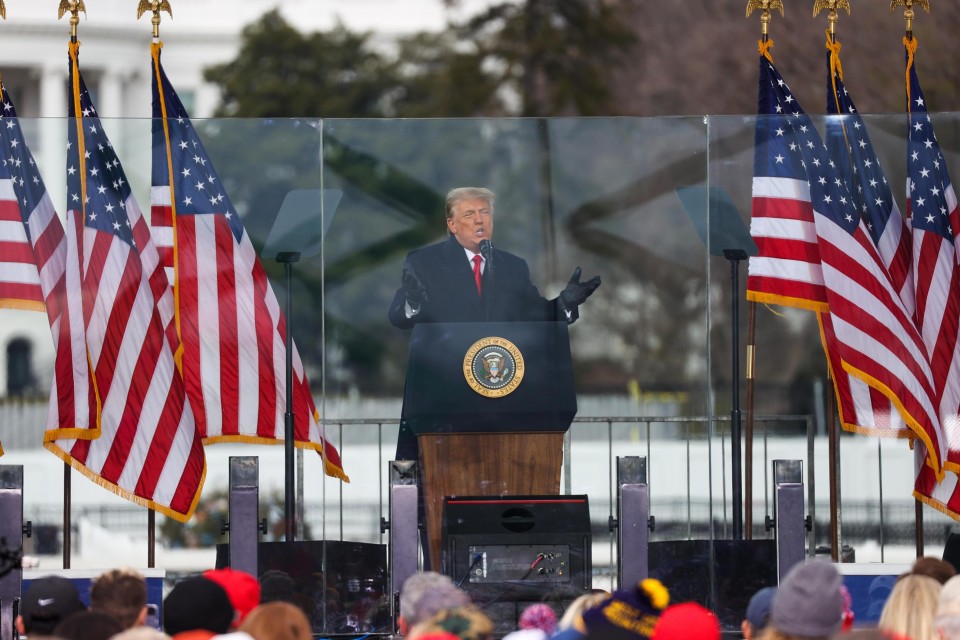 U.S. Democrats on Monday geared up to impeach Donald Trump during the final days of his presidency, introducing to the House of Representatives a resolution that accuses him of inciting "insurrection" on Capitol Hill last week in a bid to overturn his election loss.

The resolution will be considered in the Democratic-led House on Wednesday and may be voted on the same day, raising the likelihood that the 74-year-old Republican will become the first president in U.S. history to be impeached twice.

It is unclear whether Trump will be convicted in a subsequent Senate trial and removed from office before his term ends on Jan. 20. A swift start of the trial currently needs the approval of Republican Majority Leader Mitch McConnell.

The Democrats are hoping that the impeachment process will not only hold Trump accountable for last Wednesday's deadly attack on the Capitol by a pro-Trump mob, but result in barring Trump from running for the presidency again.

If Trump is convicted, which requires a two-thirds majority, the Senate may also vote to disqualify him from holding office in the future.

The impeachment resolution introduced Monday says the president "engaged in high crimes and misdemeanors by inciting violence" against the government.

Shortly before the riot took place, Trump, addressing a crowd of his supporters in Washington, reiterated his false claims that he won the November presidential election and made statements that, in context, "encouraged and -- foreseeably resulted in -- lawless action at the Capitol," according to the resolution.

Trump's urging to "fight like hell" was cited as among the remarks seen as likely to have emboldened his supporters to storm the Capitol while Congress was meeting to certify the election results.

Noting that Trump also pressured a top election official in Georgia to "find" enough votes to overturn the state's election results during their phone call on Jan. 2, the resolution concludes that Trump "gravely endangered the security of the United States and its institutions of government."

"He threatened the integrity of the democratic system, interfered with the peaceful transition of power, and imperiled a coequal branch of government," it adds.

In another effort to remove Trump from office, the House Democrats presented on Monday a resolution that calls on Vice President Mike Pence to invoke the 25th Amendment of the Constitution, which allows the vice president and the Cabinet to remove a president deemed unable to serve.

The Democrats sought unanimous consent on the resolution. But Republicans objected, setting the stage for a vote on Tuesday.

If Pence does not respond within 24 hours after the passage of the resolution, which seems a likely scenario, the Democrats will then proceed with bringing impeachment legislation to the House floor, according to Democratic House Speaker Nancy Pelosi.

"The president's threat to America is urgent, and so too will be our action," she said in a press release.

Concerns are growing over further unrest in the country following the Capitol riot, which resulted in the deaths of five people, including a police officer.

The Federal Bureau of Investigation is warning of plans for armed protests in all 50 state capitals and in Washington in the days leading up to Democratic President-elect Joe Biden's inauguration on Jan. 20, The Associated Press reported.

Biden, the 78-year-old former vice president, played down concerns about taking the oath of office outside the Capitol at the inauguration ceremony as his predecessors have done, telling reporters, "I'm not afraid of taking the oath outside."

On the possible impeachment trial, the president-elect expressed hope that the Senate will divert time to confirm his Cabinet picks and get his agendas running, including a coronavirus relief stimulus, without being consumed with the trial.

In December 2019, Trump became the third U.S. president in history to be impeached by the House when it brought accusations that he pressured Ukraine's leader to investigate Biden in a bid to boost his own chances of re-election. He was acquitted by the Senate.

The other two presidents who have been impeached are Andrew Johnson in 1868 and Bill Clinton in 1998. But neither was removed from office as the Senate acquitted them.

Richard Nixon, facing likely impeachment for his role in covering up the Watergate political scandal, resigned in 1974 before the House could vote on the articles of impeachment against him.