The number of people using the shinkansen and conventional train services operated by Japan Railway companies plunged 68 percent during the year-end and New Year period from a year earlier to 4,879,000, marking the lowest level since comparable data were made available in 1991, six JR companies said Wednesday.

The margin of fall was the biggest on record as well, with JR companies citing the novel coronavirus pandemic and the suspension of some services due to heavy snow in Japan's northeast as reasons. 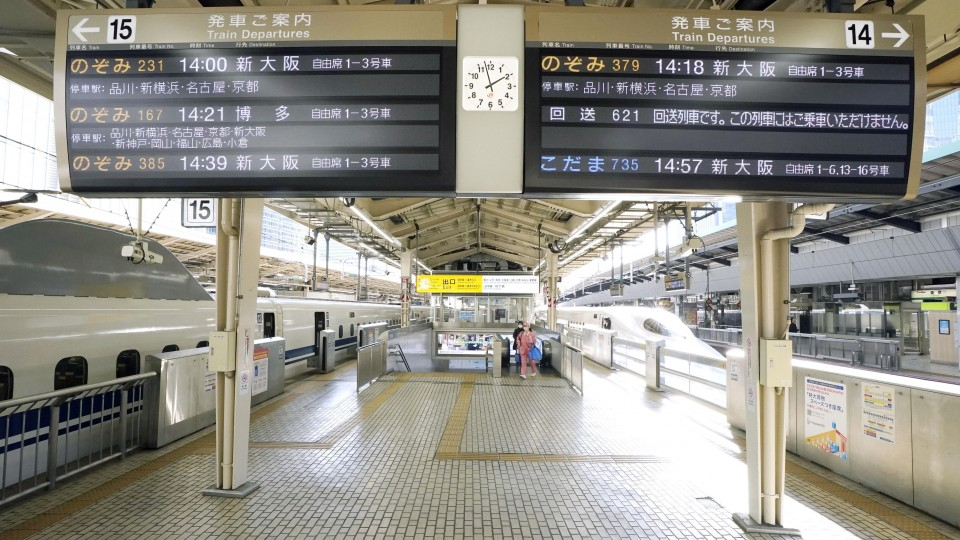 A platform for shinkansen bullet trains is nearly empty at JR Tokyo Station on Jan. 3, 2021, amid the coronavirus pandemic. In ordinary years, train stations are crowded on Jan. 3 as many people return from holidays. (Kyodo) ==Kyodo

In the 12-day period through Tuesday, the number of people riding the Hokkaido Shinkansen bullet train tumbled 72 percent, the Tokaido Shinkansen was down 68 percent and the Kyushu Shinkansen fell 60 percent, operators said.

According to East Japan Railway Co., one of the six operators, the number of passengers for services excluding the shinkansen and other long-distance carriers at JR Tokyo Station fell 53 percent to 2.1 million.

The number of passengers at JR Maihama Station, the closest station to Tokyo Disneyland and Tokyo DisneySea parks, in Chiba Prefecture, east of Tokyo, was down 56 percent to 312,000.