The two countries signed the FTA in October as the existing Japan-European Union trade pact ceased to cover the United Kingdom on Thursday, the end of the transition period following the country's exit from the European Union in January 2020. 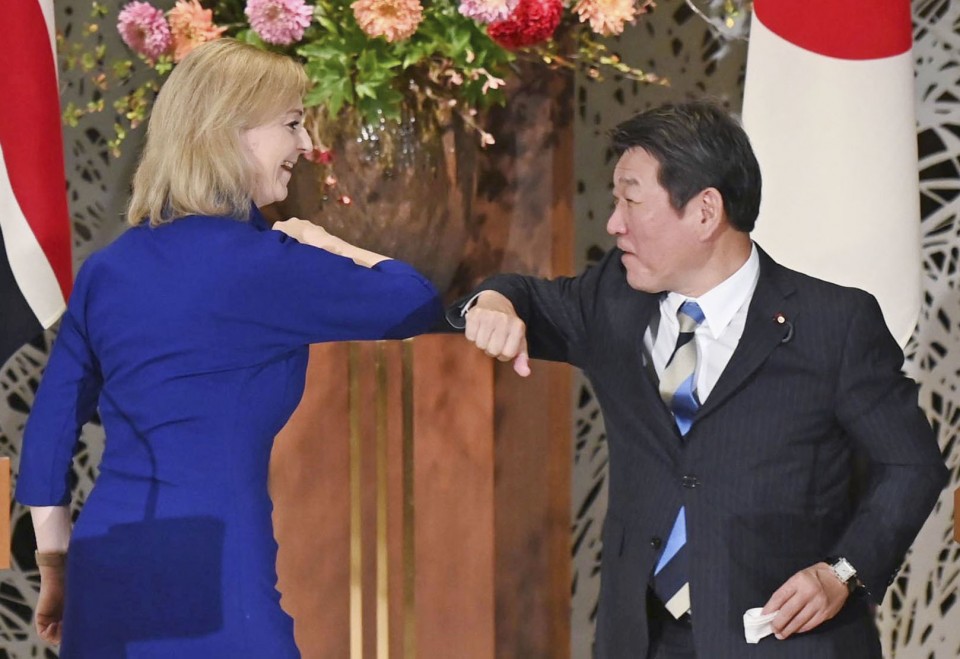 The lack of an agreement could have resulted in impositions of higher tariffs by both countries on bilateral trade.

The deal largely duplicates the Japan-EU FTA, including gradual elimination of British tariffs on Japanese cars by 2026 and immediate removal of its duties on most Japanese agricultural goods such as beef and tea.

Under the pact, Japan did not set new preferential treatment for British agricultural imports, although the issue was a major sticking point in their four months of negotiations through October.

Rules on e-commerce and financial services set in the Japan-Britain deal have become more ambitious than in the Japan-EU pact, including a prohibition on governments requesting businesses to disclose algorithms used in artificial intelligence technology and encryption data.

London said the deal with Tokyo, the United Kingdom's first trade pact with a major economy after its departure from the European Union, is a major stepping stone in its aspiration to join the TPP, a regional FTA formerly called the Comprehensive and Progressive Agreement for Trans-Pacific Partnership.

The partnership involves 11 countries such as Japan, Australia, Canada and Vietnam.