Japan's most powerful business lobby Keidanren said Tuesday that it views basic pay increases across all sectors as "unrealistic" in annual wage talks, as the coronavirus pandemic has hit some firms and industries harder than others.

In guidelines for corporate managers who will engage in wage negotiations with labor unions over the coming months, the lobby, also known as the Japan Business Federation, said companies should be given more leeway this year regarding whether to raise wages, citing the worsening business environment due to the spread of the novel coronavirus. 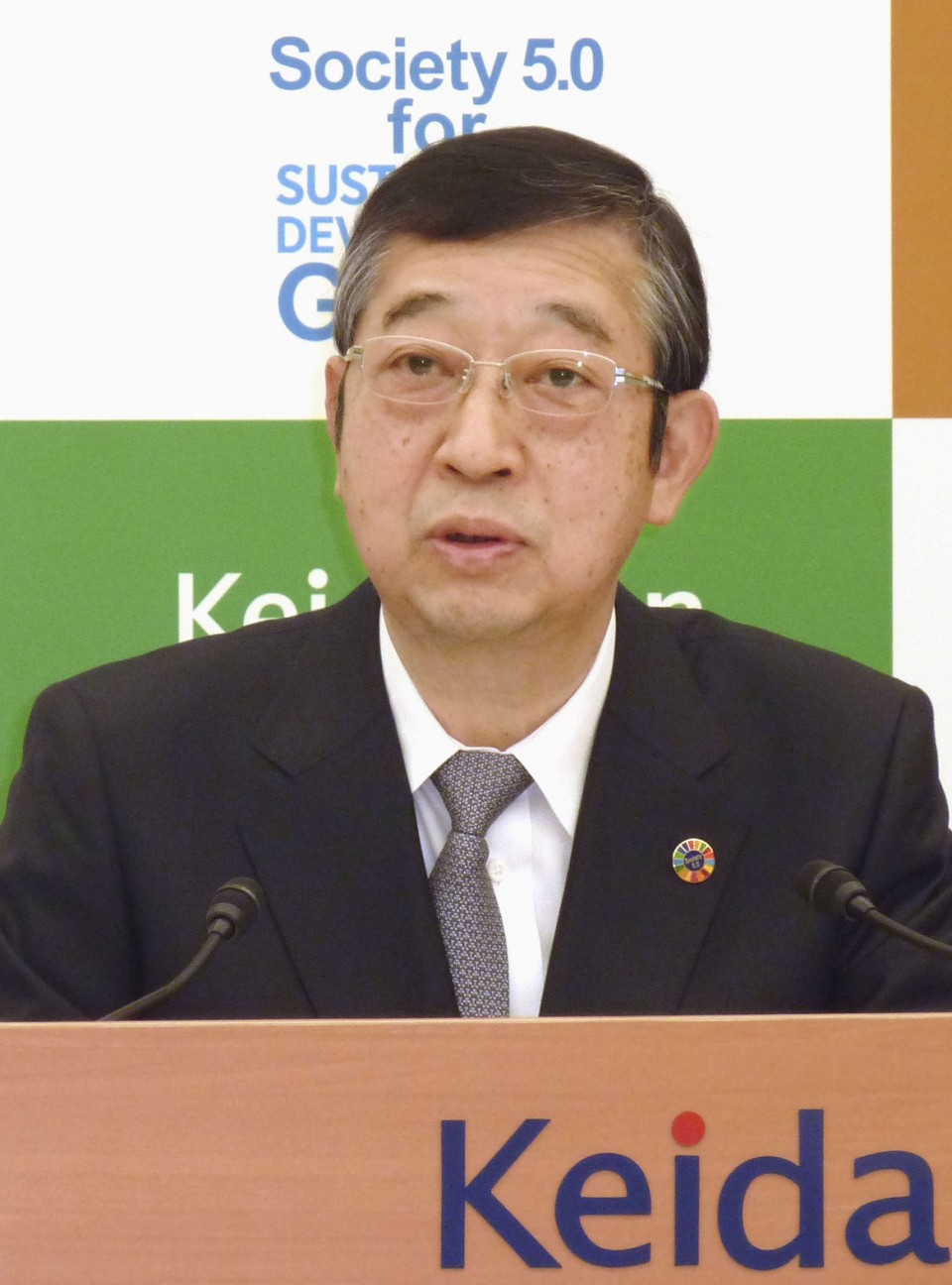 Tetsuji Ohashi, vice chairman of the lobby known as Keidanren, speaks at a press conference in Tokyo on Jan. 19, 2021. (Kyodo)

The Japanese Trade Union Confederation, the country's largest labor organization known as Rengo, is set to demand a hike of around 2 percent in basic pay in forthcoming management-labor wage talks, but the coronavirus pandemic has made the outlook uncertain for businesses.

Underscoring that the pandemic's impact on each company or sector differs, Keidanren said it would be difficult for firms that have seen business deteriorate to raise basic pay and their priority would be on continuing to operate and maintaining jobs.

For those companies benefiting from increased earnings, a base pay hike should be "an option," according to the guidelines.

In recent years, the government has asked companies to raise wages to support households and spur consumption. The government of Prime Minister Yoshihide Suga, who succeeded Shinzo Abe in September, is also calling for a pay hike this year, though the pace of wage growth is expected to slow.

The business lobby, which has large companies as its members, questioned Rengo's 2 percent goal, saying it will be hard to get the backing of both management and labor unions themselves.

When Abe was in office, he used to give a numerical target ahead of "shunto" wage negotiations but stopped the practice in recent years. Large companies in particular have taken heed of calls for pay hikes since 2014. Major firms agreed to raise monthly wages by an average 2.12 percent after negotiations with respective labor unions in 2020, slowing from 2.43 percent the year before, according to Keidanren data.

This year's annual wage negotiations will effectively start later in the month, with Japan struggling to cope with resurging coronavirus cases.

A fresh state of emergency was declared in early January and will be in place at least until Feb. 7 for 11 of the country's 47 prefectures, accounting for more than half of the nation's economy.

People have been asked to stay at home, especially after 8 p.m., and restaurants and bars are urged to stop serving alcohol at 7 p.m. and close by 8 p.m., although there are instances of noncompliance.

Eateries and other service providers are particularly bearing the brunt of the pandemic that has limited people's movements and raised the need for reduced human contact.

Japan has faced the challenge of boosting domestic demand for years and pay growth has been seen as critical for households to spend more and for the Bank of Japan to attain its 2 percent inflation target.

Suga has said the trend of wage hikes in recent years must continue "at any cost" to prevent Japan from slipping back into deflation.