Prime Minister Yoshihide Suga said Wednesday that Japan aims to start coronavirus vaccinations "as soon as possible," as it struggles to contain the spread of the virus and concerns over the strain on the medical system are growing.

Suga also shrugged off criticism of his decision about the timing of the recently declared state of emergency during a question-and-answer session at the Diet, saying it was made "by listening to expert opinions."

During his policy speech on Monday at the start of an ordinary Diet session, he said his government is preparing vaccinations to begin by late February. 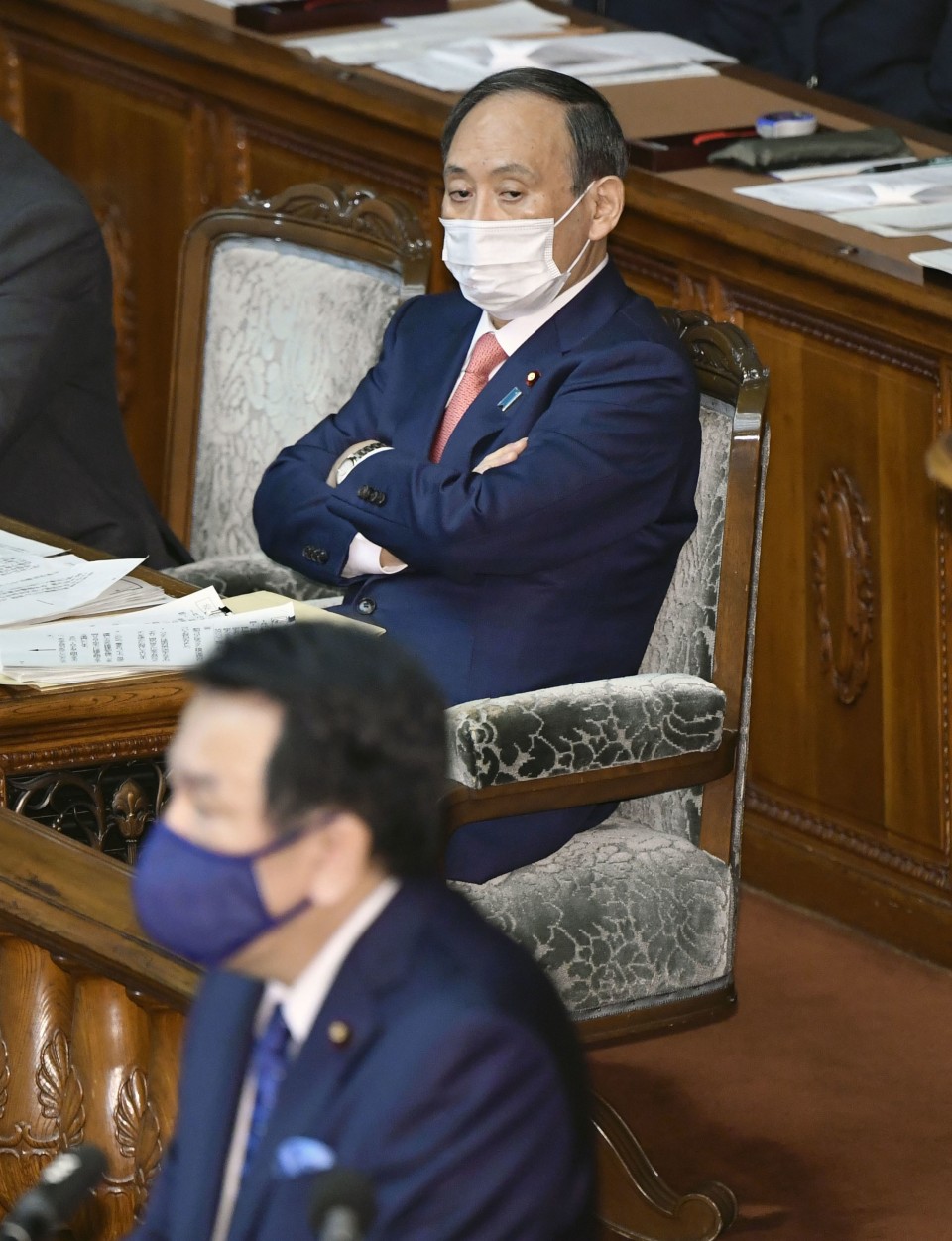 "We will make every effort so we can start (vaccinations) as soon as possible," Suga said at a House of Representatives plenary session.

The main opposition Constitutional Democratic Party of Japan criticized the government for its delay in declaring a state of emergency over the virus and its plan to penalize people who are infected with the virus and refuse to be hospitalized.

CDPJ leader Yukio Edano said the country's medical system is "not just strained but has already collapsed" due to the government's slow response.

"The government should admit a delay in making the decision and reflect on it," said Edano.

Suga declared a state of emergency for Tokyo and three neighboring prefectures on Jan. 7, the second following one last spring, and expanded its scope to seven more prefectures including Osaka, Aichi and Fukuoka six days later. But the opposition party had proposed one on Dec. 18 amid a resurgence of virus infections.

Two weeks after the state of emergency was declared for the Tokyo metropolitan area, the pandemic shows no sign of abating despite the government's request for staying home during the year-end and the New Year holiday period.

Tokyo on Wednesday logged 1,274 new cases of the novel coronavirus, the metropolitan government said, bringing the capital's cumulative tally to 89,188.

The medical system has been under considerable strain, and the Tokyo government recently reported several deaths of COVID-19 patients recuperating at home.

The government is now planning to make a legal revision to penalize those who reject hospitalization, with imprisonment of up to one year or a fine of 1 million yen ($9,640).

But Edano voiced opposition to the plan, calling the introduction of penalties "extreme."