North Korean leader Kim Jong Un sent a letter to citizens on New Year's Day, state-run media reported Friday, in the run-up to the first congress of the ruling party in five years in early January.

Kim gave New Year's Day addresses for seven straight years through 2019, but is unlikely to do so this year for the second year in a row given that he is set to make a speech at the gathering of the Workers' Party of Korea. 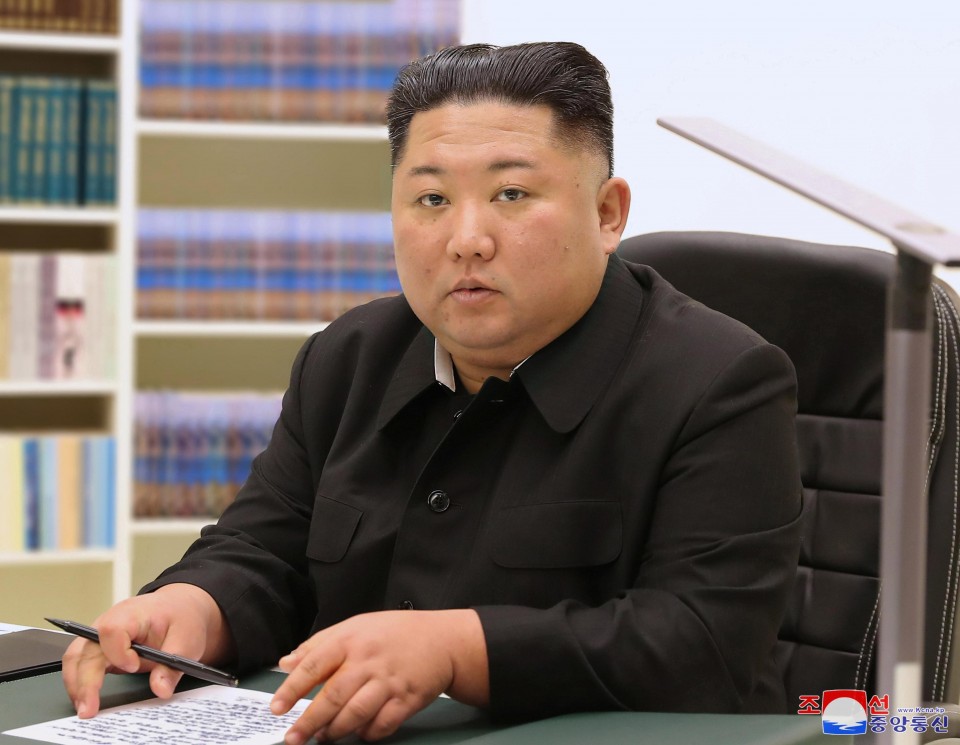 "In the new year, too, I will work hard to bring earlier the new era in which the ideals and desires of our people will come true," Kim was quoted by the official Korean Central News Agency as saying in the letter.

"I sincerely wish all the families across the country greater happiness and beloved people, good health...I offer thanks to the people for having invariably trusted and supported our Party even in the difficult times," Kim said, according to KCNA.

The news agency also reported that Kim visited on Thursday midnight the Kumsusan Palace of the Sun mausoleum complex in Pyongyang, where the embalmed bodies of the two former leaders -- his grandfather and father -- lie in state.

Late last month, North Korea's ruling party formally decided to convene its congress in early January, possibly ahead of U.S. President-elect Joe Biden's inauguration, although the specific date has yet to be announced.

Before Democrat Biden takes office on Jan. 20, Kim, in his expected speech at the congress, may urge the United States to shift from its hostile stance toward Pyongyang as a condition to resume denuclearization talks, foreign affairs experts say.

The previous party congress was held for the first time in 36 years for four days from May 6, 2016.

On the occasion of the latest congress, North Korea might also stage its first military parade since the 75th anniversary of the founding of the ruling party in October 2020, they added.

North Korea's economy, meanwhile, has become more stagnant as it has cut off traffic to and from its neighbors China and Russia since early last year to prevent the entry of the novel coronavirus, first detected in the Chinese city of Wuhan in late 2019. North Korea claims no infections have been confirmed in the nation so far.

As trade with China, North Korea's closest and most influential ally, has plunged and powerful typhoons and flooding have devastated the agricultural sector, worries have been mounting that its citizens have not received adequate daily necessities.