International Olympic Committee President Thomas Bach said Thursday his sole focus is on having a safe Olympic Games this summer in Tokyo, and he cannot yet say whether that means stadiums will be at full capacity.

Speaking in an online press conference, Bach was asked whether he is positive the general public will be attending the games, and that the event will not be restricted to a limited audience consisting of athletes, officials and media.

"This I cannot tell you," Bach said.

"We will do whatever is needed to organize a safe Olympic Games," he said. "Everybody would love to have full-capacity stadia and roaring crowds. But if that is not possible, we will respect our principles. And this is the safe organization (of the games). This is the first priority."

Bach repeatedly referred to the rapidly organized world handball championships, now taking place in a bubble in Egypt with roughly 3,000 competitors, and contrasted it to the intensive planning going into the Tokyo Olympics, the availability of vaccines and the constant effort being made to fashion the most appropriate anti-virus countermeasures.

In his opening remarks, he said he would not add fuel to speculation about cancellations or alternate plans and dismissed notions that Tokyo's Olympics could be shifted to 2032 or held this summer at an alternate location.

"Our task is to organize Olympic Games, not to cancel them," he said. 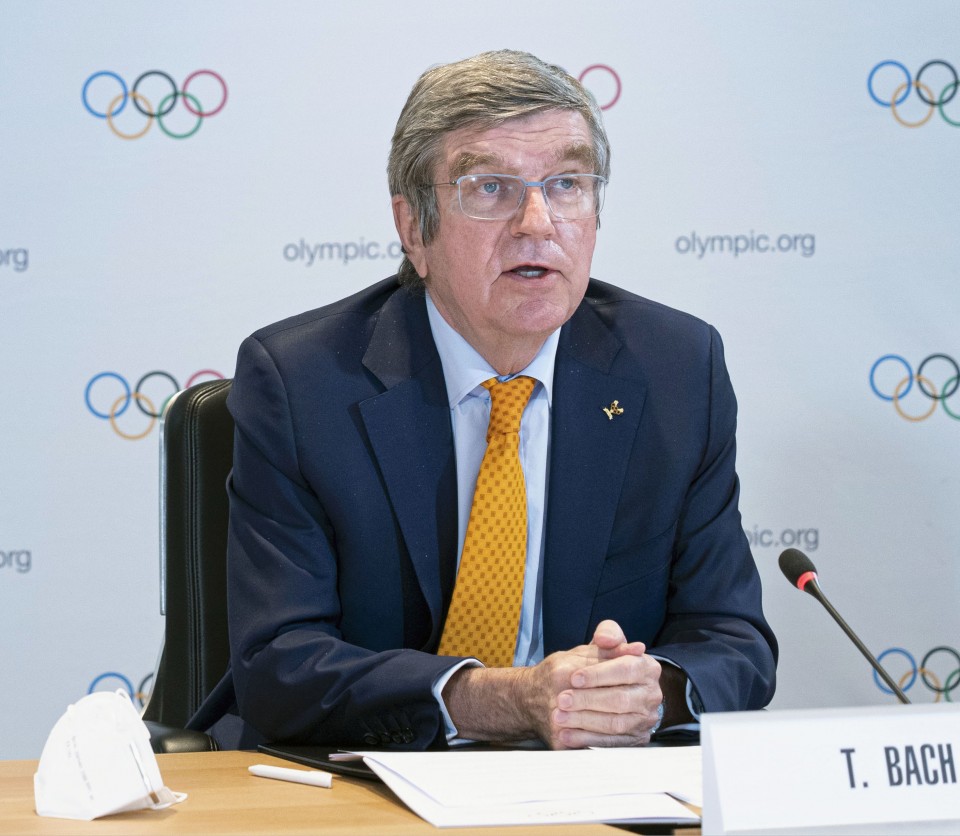 When asked about Japanese public opinion, with polling results suggesting 80 percent of the Japanese public is not in favor of holding the Olympics this summer, Bach said he understood peoples' fears, but that facts were on his side.

"With regard to opinion polls, there is one coming every day in Japan," he said. "From a human point of view, I can understand everyone who has concerns about the Olympic Games when he or she is living in a lockdown. I have all understanding."

"But the responsibility of the IOC and the government is to look beyond this situation. We have many good reasons to say it's not about 'whether' the games will take place but about the 'how.'"

The IOC chief said his body is encouraging all athletes to be vaccinated while stating that vaccines are not a "silver bullet" but one of many tools at the organizers' disposal. He said it was important, however, that athletes not go to the front of the vaccination queue ahead of essential workers.

He said that there is no hard deadline to decide whether fans will or will not be allowed to attend, but the timing of that decision had to be made by the organizers due to logistical constraints.

As for qualifying, the IOC's director of sports Kit McConnell, said it had progressed from 57 percent of Tokyo slots being allotted at the time of the March 2020 postponement to 61 percent, with another 15 percent to be based on world rankings.

The challenge, he said, is to make sure all international federations are in constant communication amid changing schedules and restrictions to ensure every athlete has a fair chance to make it to Tokyo before the games officially kick off on July 23.