The development means that the Democrats have not only retaken the White House but will also hold a majority in both the House of Representatives and the Senate. 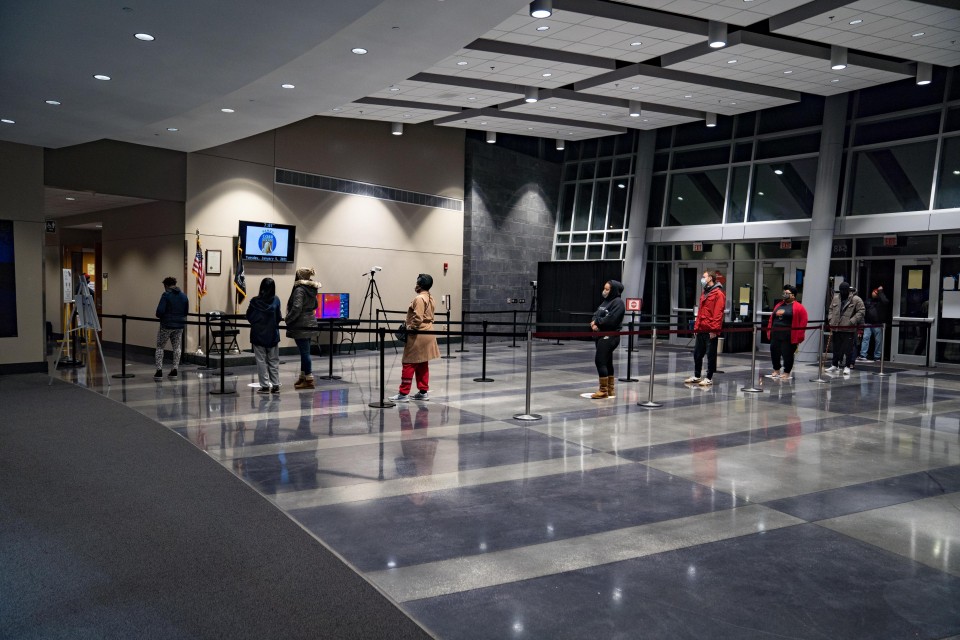 Voters stand in line before the doors open at Cobb County Community Center on Jan. 5, 2021, in Atlanta, Georgia. (Getty/Kyodo)

While the Democratic Party retained control in the House with a narrower margin, the fate of the Senate had remained up in the air as no candidate won the required majority of votes in two elections in Georgia.

According to U.S. media projections, Republican senators Kelly Loeffler and David Perdue were respectively unseated by Democrat challengers Raphael Warnock, a pastor, and Jon Ossoff, who has worked as an investigative journalist.

The Democratic Party will have a total of 50 seats in the Senate, which would effectively ensure the party a majority as Vice President-elect Kamala Harris can cast the tie-breaking vote.

A Democratic-led Senate would be a relief for Biden as the chamber has the power to block his Cabinet picks and complicate his efforts to implement his proposed policy changes and rollbacks of Trump administration actions.

Biden's key policy agendas include what he calls his "ambitious" plan to address climate change that features a $2 trillion investment in environmentally friendly energy and infrastructure.

His proposals on health care and tax hikes for the wealthy are also likely to be among the issues that will ire Republicans.

"I intend to work with the next majority and the minority leader to move forward with key Cabinet nominations," Biden said in a statement, adding that his nominees for key positions such as the state, defense and treasury secretaries need to be in their jobs "as soon as possible" after Jan. 20 when he is sworn in.

Georgia has been a traditionally Republican state. But in the presidential election, Biden, the 78-year-old former vice president in the administration of Barack Obama, became the first Democratic nominee since 1992 to carry the state.

Having flipped some other battleground states that voted for the incumbent in 2016, Biden won a total of 306 Electoral College votes compared to 232 for Trump.