Pakistan's Supreme Court on Thursday ordered the release of a man who was convicted and later acquitted in the beheading of American journalist Daniel Pearl in 2002.

Rejecting appeals by both the Sindh government and the Pearl family, the Supreme Court's three-member bench ruled 2 to 1 in favor of upholding a high court's April 2020 acquittal and ordered the release of Ahmed Omar Saeed Sheikh. 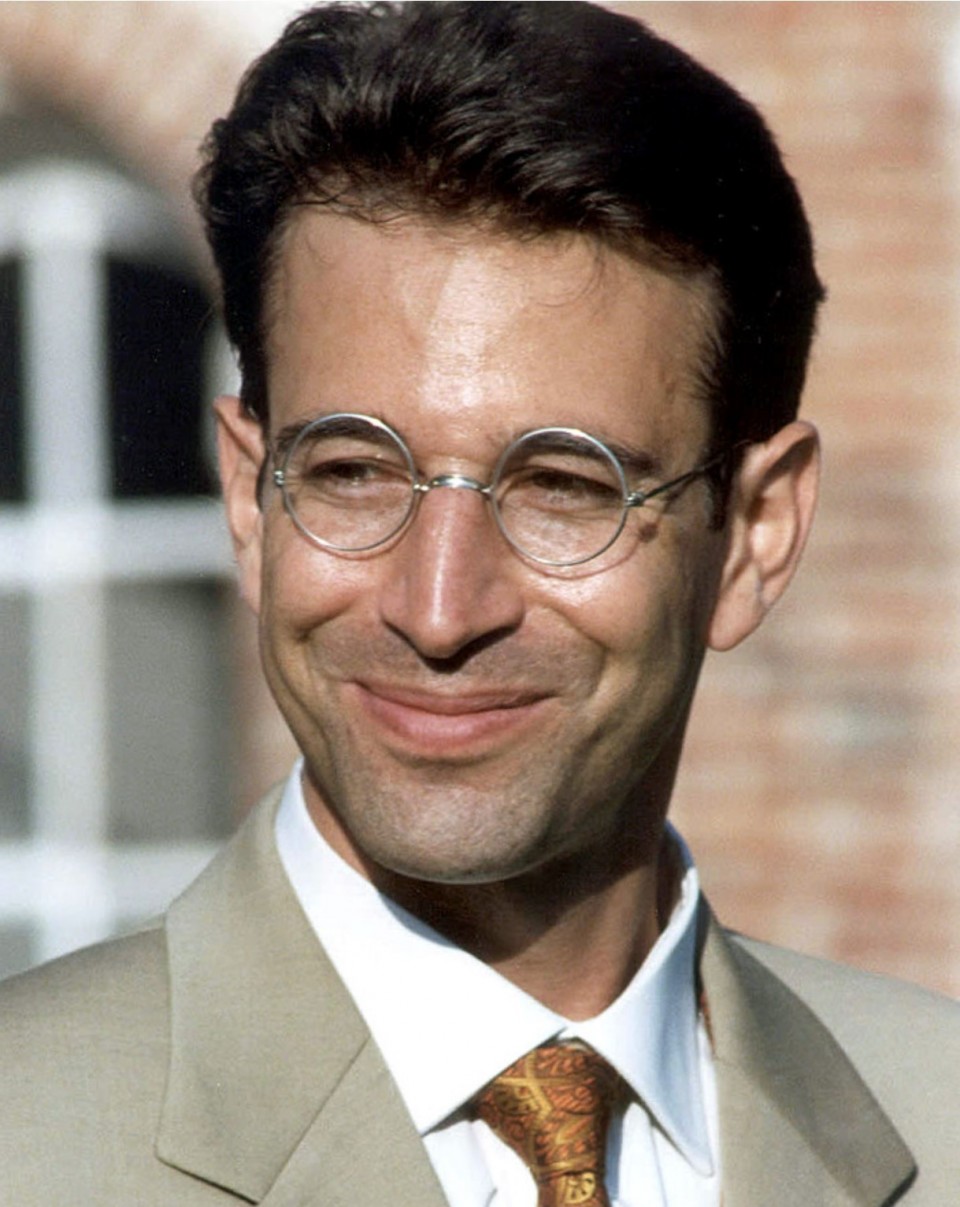 Photo shows The Wall Street Journal journalist Daniel Pearl who was killed in 2002 in Pakistan. (Kyodo)

British-born Sheikh, who allegedly had links with Islamist militant groups, was sentenced to death in 2002 by an antiterrorism court in Hyderabad, while three accomplices were given life sentences.

However, 18 years later, the Sindh High Court ruled in favor of Sheikh and his accomplices' appeals, overturning his death sentence and acquitting the others. Sheikh's kidnapping conviction was upheld, and he was sentenced to seven years in prison.

With the appeals process over, Sheikh's prison sentence was deemed completed because of time already served.

Faisal Siddiqi, the lawyer who represented Pearl's parents in the case, told Kyodo News, "The Pearl family is in complete shock by the majority decision of the Supreme Court of Pakistan to acquit and release Ahmed Omar Sheikh and the other accused persons who kidnapped and killed Daniel Pearl."

He described the verdict as "a complete travesty of justice" and worried that the release of "these killers puts in danger journalists everywhere and the people of Pakistan."

Pearl, who was working as the Delhi-based South Asia bureau chief of The Wall Street Journal, was abducted from Karachi in January 2002 while working on a story on Pakistani militants.

Sheikh was accused of laying a trap for Pearl, claiming to have arranged an interview between the reporter and a cleric linked to militants. Instead, he was abducted and murdered.

In February 2002, the U.S. government obtained a video of the murder and announced that the reporter had been killed. Pearl's body was found in the suburbs of Karachi just months later.

Although the verdict exhausts all legal avenues, Siddiqi said he hopes that Pakistani authorities will review the court's decision. "No amount of injustice will defeat our resolve to fight for justice for Daniel Pearl," he added.