Residents of a southwestern Japan town have erected a giant straw scarecrow in the shape of a fierce-looking gorilla to encourage people to tough out the coronavirus pandemic.

Since being unveiled in December in a local park, the 7-meter-tall figure has become a much-photographed landmark of Chikuzen town in Fukuoka Prefecture. 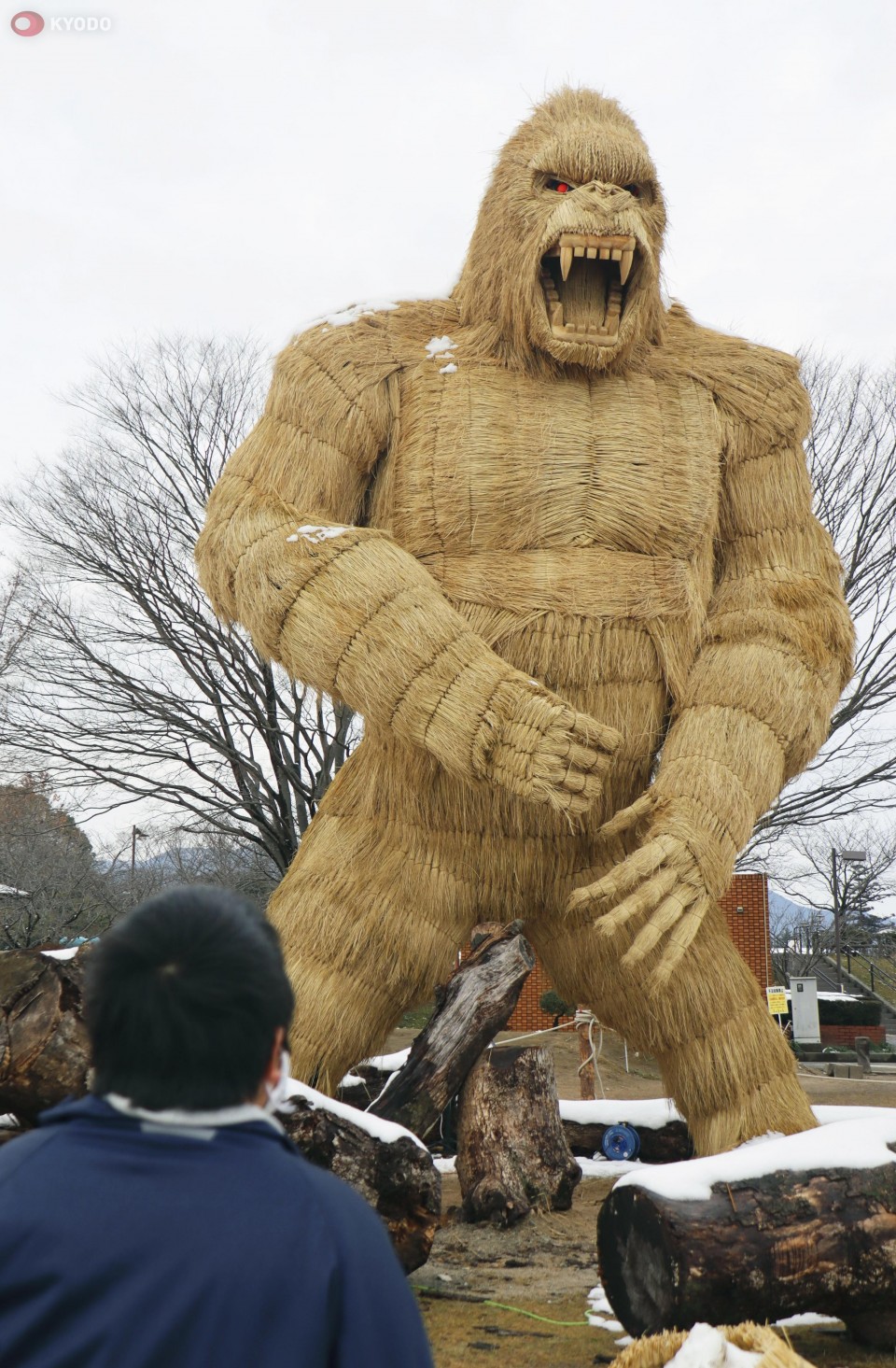 A 7-meter tall gorilla statue made of straw is pictured at a park in Chikuzen in Fukuoka Prefecture, southwestern Japan, on Jan. 11, 2021. (Kyodo) ==Kyodo

With the gorilla's mouth open in a roar, the idea is to "project toughness," according to Tsuyoshi Kaneko, the 42-year-old head of a local association that created the statue.

"It is detailed and well-made," said Shuhei Taguchi, a 9-year-old boy who visited the park with his family from Ogori in the prefecture. "It looks like it's going to start moving at any moment," he enthused.

The town has built giant straw scarecrows since 2015 as a symbol of its annual fall festival.

The event was scaled down last year due to the coronavirus pandemic, but organizers, including the municipal government, decided to create the gorilla statue to help people forget about the pandemic, even if only for a moment, according to Chikuzen town officials.

Local volunteers completed the scarecrow, which uses an iron frame, in December after two months' work. It will be on display through the end of January and illuminated in the evening on Friday and Jan. 25 with its eyes and head lit up in red, the officials said.