The JRFU revealed further plans for its new domestic competition, which will initially include teams from the top two divisions of corporate rugby, the 16-team Top League and the nine-team Top Challenge League. 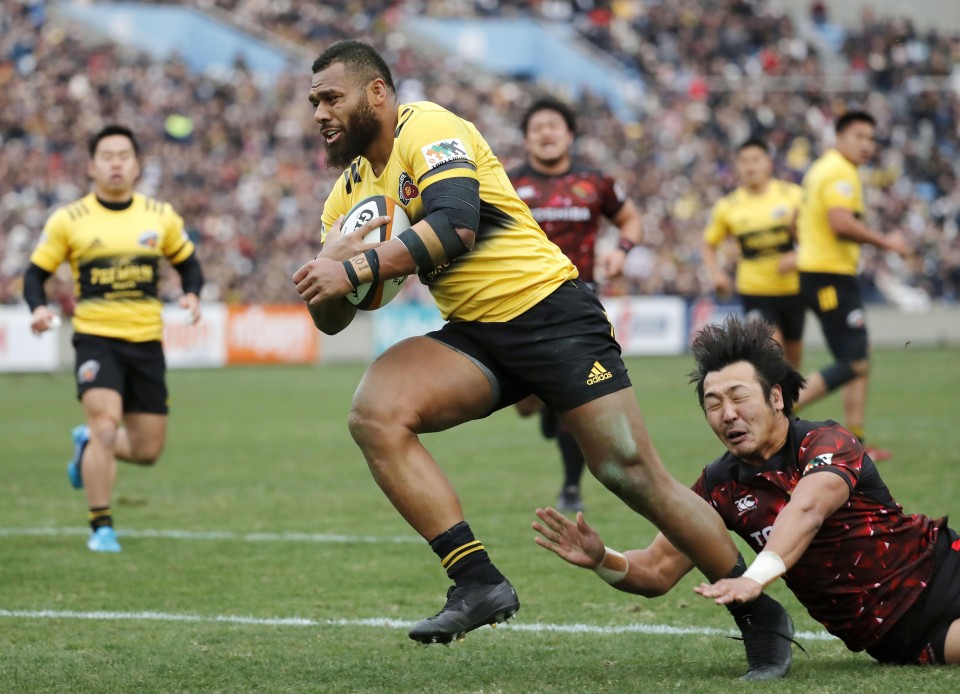 Samu Kerevi of Suntory Sungoliath scores a try during the second half of a Top League rugby match against Toshiba Brave Lupus on Jan. 12, 2020, in Tokyo. (Kyodo) ==Kyodo

The top 12 sides will be split into two groups of six and play two games against each of the five other teams in their group. They will also play one game against each team from the other group.

The second division will feature seven teams and the third division six teams.

Factors such as standings in the 2021 season, which has been delayed due to COVID-19 outbreaks at several clubs, location of the team and the quality of their home stadium will determine what divisions the teams are placed in.

The governing body had initially drawn up plans for the new league in 2019, hoping to capitalize on the Japanese rugby team's run to the quarterfinals at the Rugby World Cup and the massive interest created domestically and overseas.

The launch of the league was initially slated for autumn 2021. But it has been pushed back to January 2022 to align the season with the Southern Hemisphere competitions to allow the top two Japanese teams to take part in a cross-border tournament.

It will also allow national team members plenty of time to prepare for the summer and autumn tests.