The head of the Tokyo Olympic organizing committee said Tuesday it is "absolutely impossible" to postpone this year's Summer Games again due to the novel coronavirus pandemic.

Speaking in an event organized by Kyodo News, the committee's president, Yoshiro Mori, said putting off the games again is not an option because many officials who have played a key role in the preparations are loaned from other organizations, including the Tokyo metropolitan government. 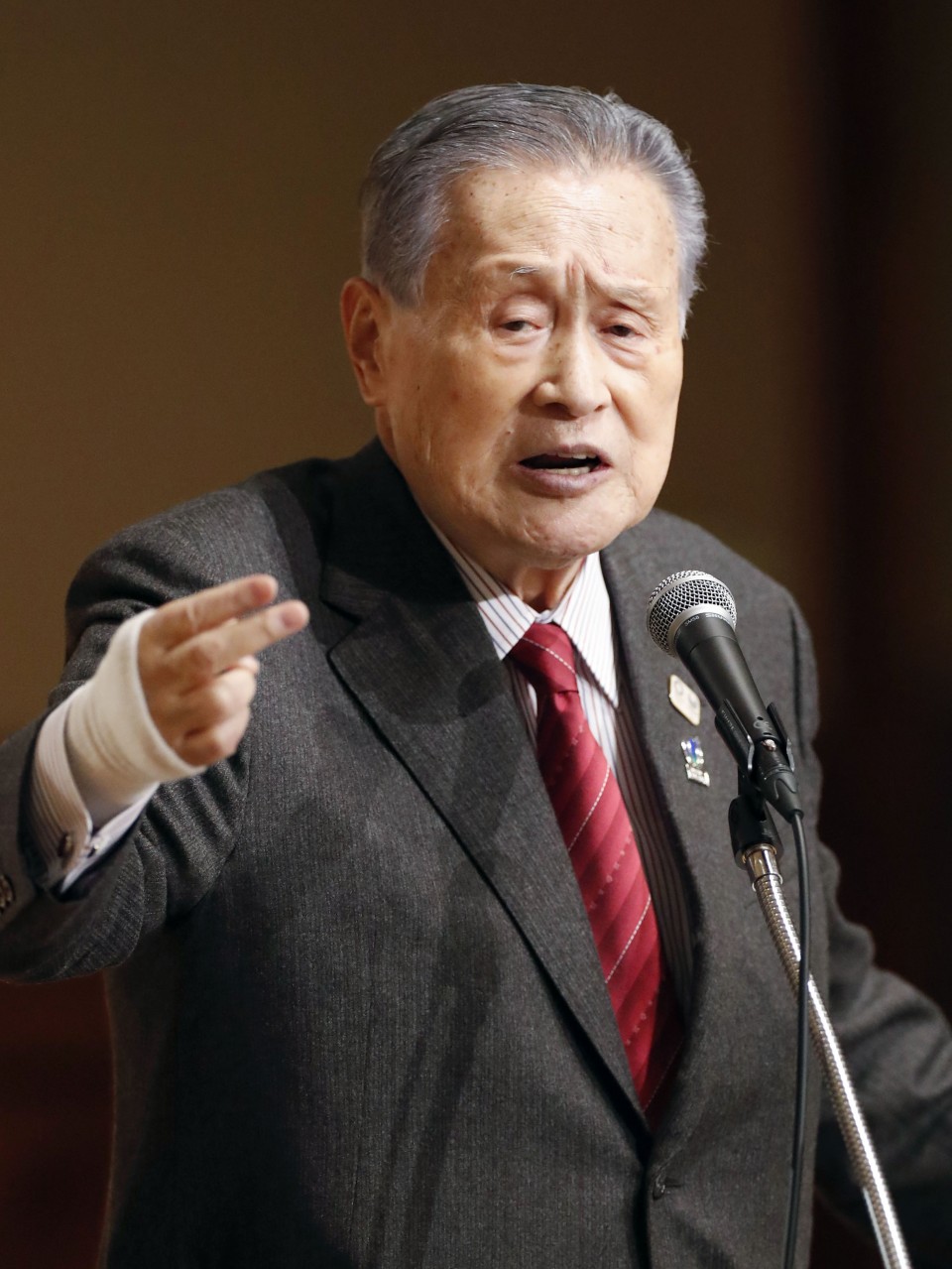 Mori, a former Japanese prime minister, also said Japan will determine whether to admit overseas fans during the Olympics and Paralympics based on the situation of the pandemic in the coming months.

"I think we will have to make a very difficult decision from February to March," he said at a Tokyo hotel.

Japan has said the Tokyo Olympics will open as scheduled in July this year, followed by the Paralympics in August, with strict anti-virus steps in place. The country, however, has struggled to gain the public's support.

A Kyodo News survey showed Sunday that only 14.1 percent support holding the Summer Games this year, while 44.8 percent said they should be postponed again and 35.3 percent supported canceling them.

Ahead of the event, Mori encouraged members of the organizing committee in his New Year's address, where he vowed to continue preparations for the games.

"Having even a slight sense of uncertainty impacts everything. All I can say is that we will go ahead with our preparations," he said. "There will always be morning even after a long night. Let's work together to overcome this major challenge."

In early December, Japanese government-led panel discussing anti-virus steps at the Olympics said it has been considering exempting fans from Japan's 14-day quarantine requirement if they are from countries with relatively fewer virus cases.

But the situation has changed significantly since then. Japan has been grappling with record numbers of coronavirus infections, with a state of emergency declared for Tokyo and three adjacent prefectures.

In addition, Japan and many other countries have confirmed coronavirus variant cases in recent weeks.

Last week, the organizers marked 200 days to go until the Olympics, which are scheduled for July 23 to Aug. 8. The Paralympics will open on Aug. 24.

The domestic leg of the torch relay is slated to begin in Fukushima Prefecture, northeastern Japan, in March.