Japan's government upgraded on Friday its economic growth forecast for fiscal 2021 to a record real 4.0 percent, expecting its latest coronavirus stimulus package to boost the economy back to a pre-pandemic level.

The Cabinet Office upgraded the projection for the year starting in April from 3.4 percent growth in the previous estimate in July. The Organization for Economic Cooperation and Development and the International Monetary Fund forecast Japan will expand 2.3 percent in 2021 in an estimate released earlier this month and October, respectively. 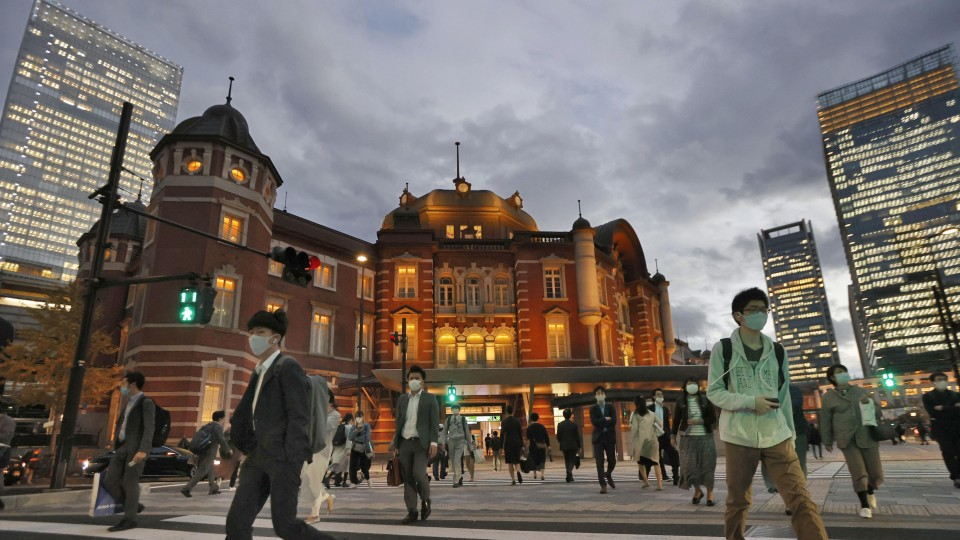 If realized, the economic expansion for the next fiscal year would be the largest since data became comparable in fiscal 1995, a government official said at a press briefing.

Public spending by implementing the 73.6 trillion yen ($710 billion) policy package, which Prime Minister Yoshihide Suga's Cabinet approved last week to help virus-hit sectors, will "underpin the economy and boost private demand such as capital expenditures" in the next fiscal year, the official said.

The official added that the country's annualized real gross domestic product in the January to March period of 2022, the last quarter of fiscal 2021, would be almost the same as the 549 trillion yen recorded in the October-December term of 2019, before the virus had emerged.

For fiscal year 2020, the Cabinet Office estimated that Japan's GDP will likely shrink 5.2 percent, the worst on record, the official said, downgraded from a 4.5 percent contraction in the July estimate.

The official cited the "larger-than-expected" GDP shrinkage of an annualized real 29.2 percent in the April to June period under the government's state of emergency, as well as a recent resurgence in virus infection cases, as a major reason for the downgrading.

Private-sector economists estimated Japan's GDP will expand in fiscal 2021 to 3.42 percent on average in the latest monthly survey by the Japan Center for Economic Research.

In nominal terms, or unadjusted for inflation, the government forecast the economy is likely to grow 4.4 percent to 559.5 trillion yen, upgraded from the July forecast of a 3.5 percent expansion.

The projection will be used as the basis for the government's tax revenue estimates as it compiles its draft budget for the next fiscal year. The Cabinet will approve on Monday the spending plan, which is expected to amount to about 106.61 trillion yen, according to government sources.