Japanese doctor Tetsu Nakamura was remembered Friday by some 100 local staff members of a group founded by him, one year after he was gunned down in Afghanistan.

The 73-year-old local representative of the Peshawar-kai aid group, who dedicated himself to helping the conflict-ravaged Asian country, was killed along with five locals in an ambush as they made their way to an irrigation site in Jalalabad in the eastern province of Nangarhar on Dec. 4, 2019. 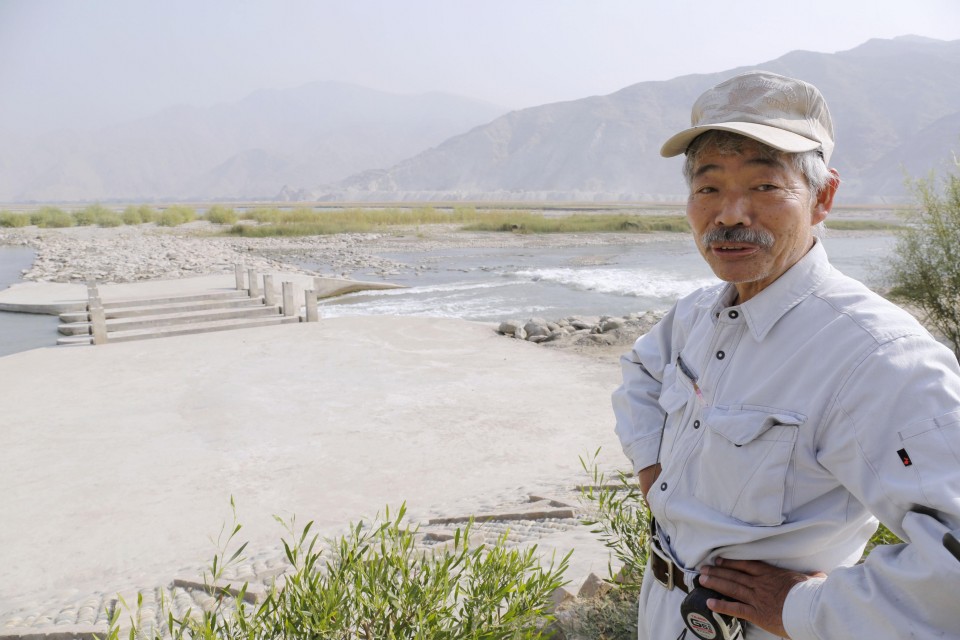 None of those involved in the killings has been caught.

Prior to the first anniversary of his death, Peace (Japan) Medical Services, the local unit of the Japanese aid organization, pledged to continue Nakamura's work, which sees several thousand local patients treated every month and provided with free medication.

The Jalalabad-based group is also engaged in a number of other projects including vegetable and fruits farming, beekeeping and raising dairy cows, and it sells the agricultural products to support the local residents.

Based on Nakamura's belief that malnutrition induced by chronical food shortages in the region causes poor health, the nongovernment organization is involved in turning the local desert into farmland.

From this month, the group is expanding the irrigation facilities that support some 650,000 nearby residents.

Among those working on the project is Deedar Mushtaq, an Afghan engineer, who belongs to the local unit of the aid group based in southwestern Japan's Fukuoka. The 51-year-old said he is devoting his life to the construction of irrigation channels, in memory of the Japanese physician, who said, "One water channel serves the community more than 100 clinics."

The Fukuoka native started providing medical aid near the border of Afghanistan and Pakistan in the 1980s. He was also involved in the construction of irrigation channels and tree-planting activities after a major drought hit Afghanistan in 2000.

In 2003, Nakamura received the Philippines' Ramon Magsaysay Award, dubbed the Nobel Prize of Asia, and honorary citizenship from Afghanistan in October last year.

Armed anti-government groups, including the Taliban and the Islamic State, operate in the province. Neither has claimed involvement in the killing.