Gov't to pull out of 60 bil. yen wind power project off Fukushima

The Japanese government said Thursday it will remove the two remaining wind power turbines it installed off Fukushima Prefecture, citing the unprofitability of the project that cost 60 billion yen ($580 million).

The project was widely seen as a symbol of the reconstruction of the northeastern prefecture following the 2011 earthquake, tsunami and nuclear disasters.

The decision came despite Japan's goal of raising its offshore wind power generation to up to 45 gigawatts in 2040 from a mere 20,000 kilowatts at present as part of efforts to fight climate change. Prime Minister Yoshihide Suga has pledged to achieve carbon neutrality by 2050. 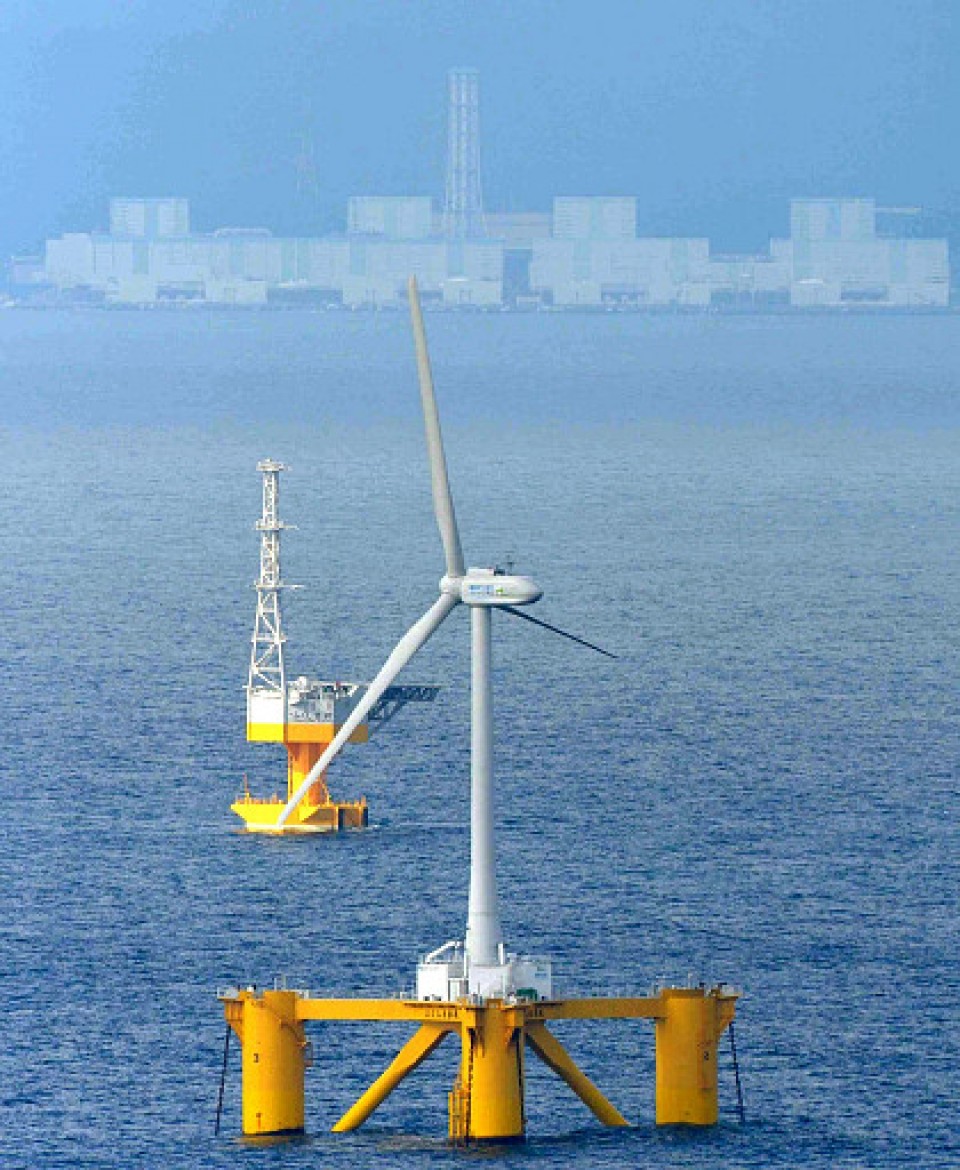 File photo taken from a Kyodo News helicopter on Nov. 11, 2013, shows a wind turbine on a floating wind farm set up on the sea some 20 kilometers off Naraha town in Fukushima Prefecture. (Kyodo)

At a meeting in Fukushima, industry ministry officials briefed fishermen and other participants about the plan, with local people saying the government had wasted taxpayers' money and should conduct a thorough study of why the project had failed.

Of the three turbines installed 20 kilometers off Naraha, the government removed one in June. It has decided to remove the remaining two in the fiscal year starting April.

The three turbines were constructed in stages from 2012 to support the local economy by creating a new industry based on renewable energy.

To commercialize wind power generation, the operational rate of a turbine must remain at 30 to 35 percent or more, according to the ministry.

But the rates of the turbines off Fukushima had been around 4 to 36 percent, said trading house Marubeni Corp., which participated in the project.