The Japanese government is considering a scheme to exclude celebrities from running in next year's Olympic torch relay in order to reduce the risk of coronavirus infection from roadside crowds coming to see them, a source with knowledge of the matter said Wednesday.

Some are concerned such a move will, however, dampen enthusiasm for the marquee event starting on March 25 and hinder the momentum leading up to the Olympics, scheduled to start on July 23 after a one-year postponement due to the novel coronavirus pandemic. 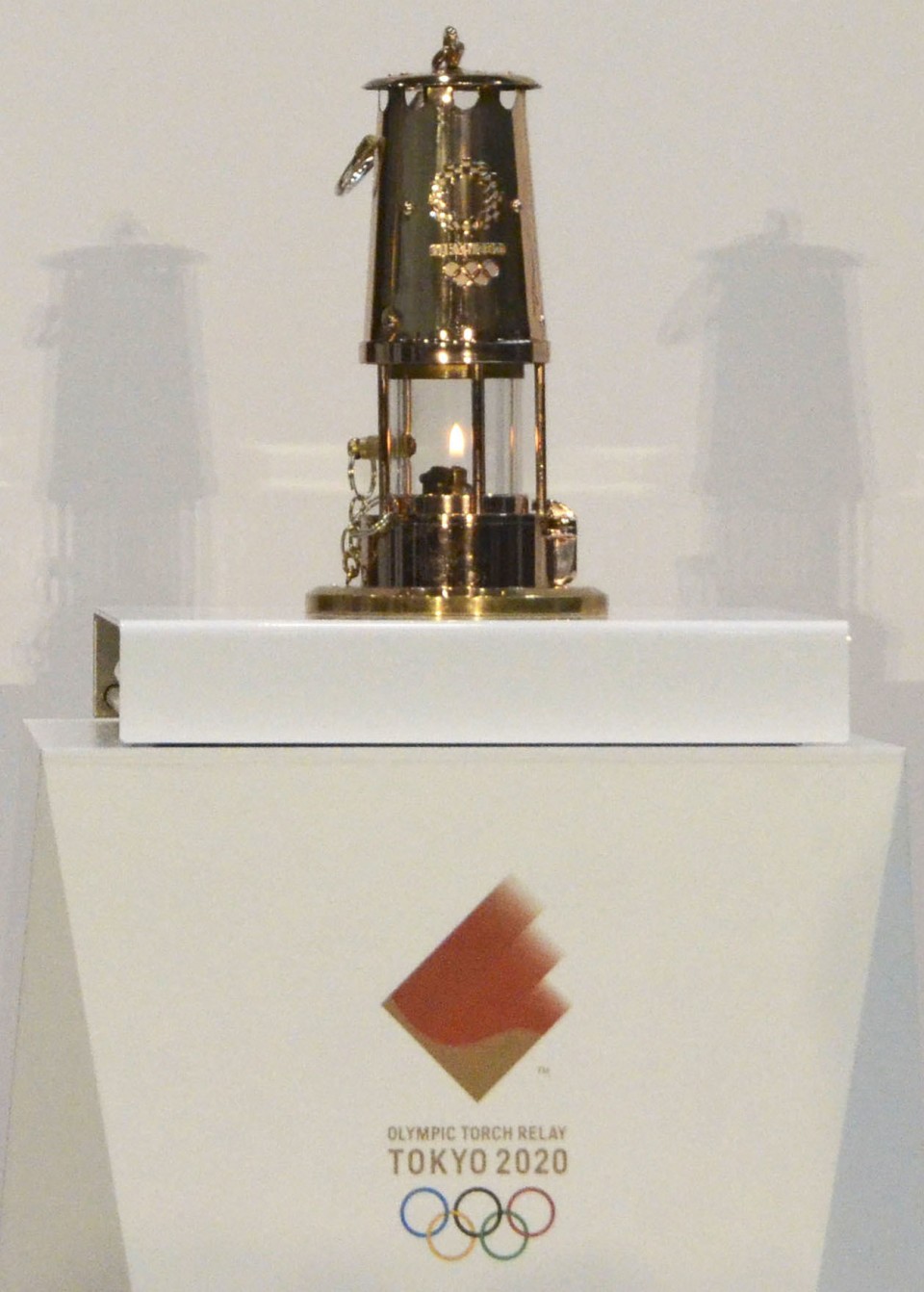 Photo taken on Nov. 7, 2020, shows the Olympic flame for the postponed Tokyo Games on display in Kanazawa. Starting with the central Japan city, the flame and torch will be displayed in 73 municipalities in 14 prefectures until mid-March, followed by the torch relay set to begin in Fukushima Prefecture on March 25. (Kyodo) ==Kyodo

The government intends to consult with the games organizing committee and other bodies. Because local governments and sponsors have been involved in selecting the popular figures, executing a policy to exclude celebrities will run into a number of obstacles.

A source familiar with the matter said the government is considering new countermeasures out of concern that a series of infections at the torch relay could affect the games themselves.

It appears excluding the participation of singers and other celebrities is the focus of the government scheme. Former Olympians with ties to the local areas would, however, be permitted to take part after taking thorough precautions.

While local governments understand the urgent need for precautions against the virus, there are disagreements with the government proposal.

"We want them (celebrities) to run on behalf of the people of our area and it is unthinkable to rearrange the relay participants," said a representative from one local government, who could not conceal his frustration.

"Besides I don't know where to draw the line on who is a celebrity."

The government is also considering a ban on sponsors handing out goods along the roadside to further their public relations efforts, as has happened in previous events.

Doing so, however, would curtail the benefits to the sponsors, who contribute much of the relay's operating costs and would likely oppose such a measure.