South Korea's movie industry was expected to catapult to new heights this year on the back of the Oscar win by the hit family satire "Parasite" in February, but it has instead found itself in difficulties due to the coronavirus pandemic.

The number of moviegoers in the country this year is expected to fall 70 percent from 2019 as restrictions were imposed on in-person movie showings and people refrained from going to theaters to stem the virus' spread.

"Cheers turn to screams," a local newspaper quipped to describe the dramatic change in the landscape. 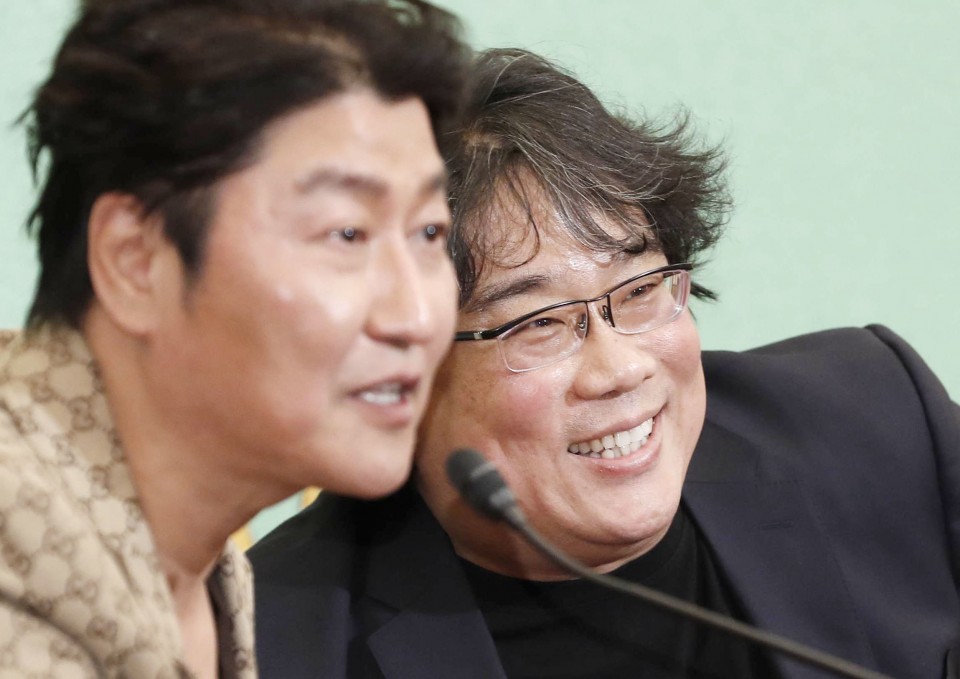 Data from the Korean Film Council, a government-affiliated movie promotion committee, show roughly 60 million people have viewed movies at theaters so far this year, a sharp decrease from the roughly 230 million who did so in 2019. The figure is also the lowest since 2004, the earliest year for which comparable data are available.

Box office revenue is expected to fall this year by roughly the same percentage as the theatergoer numbers.

The dismal performance is blamed on restrictions imposed on the number of theater seats made available and limits placed on late-night showings.

Concerned about catching the virus, many people also appear to be avoiding spending extended periods of time confined in close proximity theater spaces. 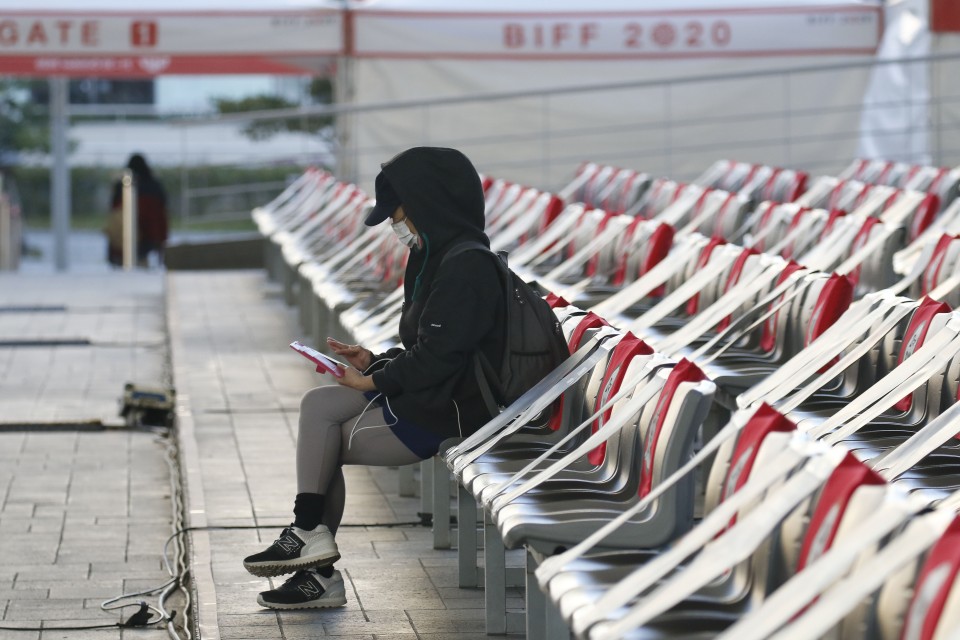 Social distancing measures are in place at a theater in the Busan Cinema Center, the main venue of the 25th Busan International Film Festival, in Busan, South Korea, on Oct. 20, 2020. (NurPhoto/Getty/Kyodo)

The pandemic has led a major multiplex operator in the country to announce plans to slash the number of its theaters by 30 percent over a three-year period.

As the pandemic gathered its pace this year, the filming of a new movie featuring Song Kang Ho, who played the father of a poor family in Parasite, was suspended.

The movie industry as a whole has been dealt a serious blow as studios pushed back release dates for movie after movie.

The Korean Film Council has set up a group tasked with identifying issues for the movie industry in the pandemic and coming up with possible solutions.

The group plans to compile a policy report, possibly in March, after soliciting opinions from producers, distributors, marketers and investors.