After winning his second Indianapolis 500 in August at age 43, Takuma Sato feels he can still improve and reach greater heights in the racing world.

The Tokyo native, who became the first Japanese driver to win the prestigious race in 2017, recently spoke with Kyodo News about his time in the North America-based IndyCar Series. 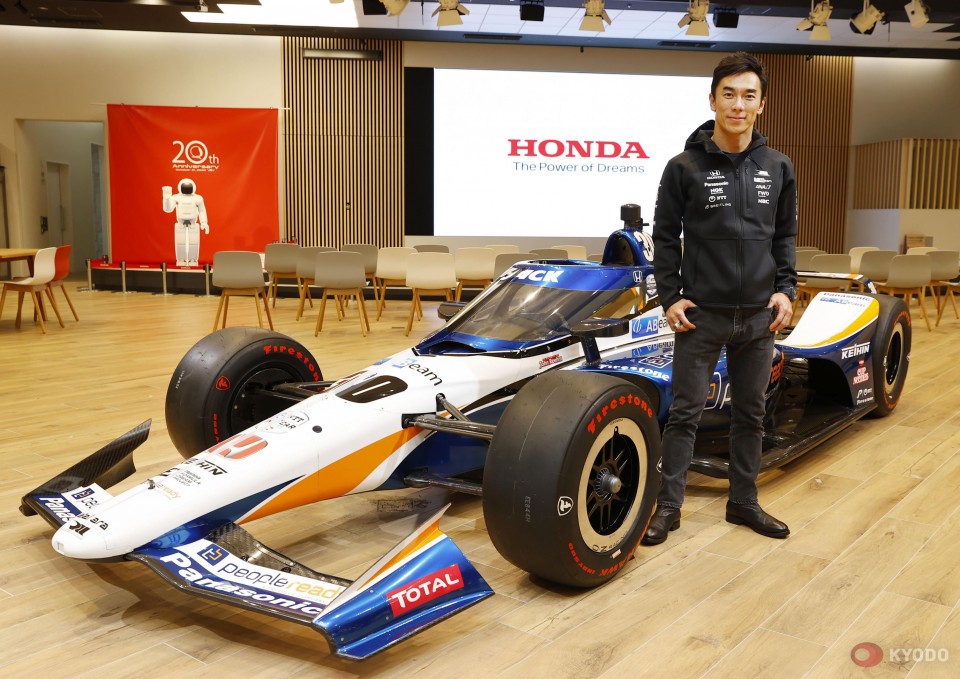 Takuma Sato is pictured following an interview in Tokyo on Dec. 7, 2020. (Kyodo)

"People in the American racing scene tell me that winning (the Indy 500) for a second time is a really big deal. It might take me some time to really appreciate the significance," said Sato, who swapped Formula One for IndyCar in 2010.

"This time around, I was able to lead until the end. It was a much more complete performance," he said.

While the IndyCar Series has seen many drivers make their mark at a young age, Sato said he does not feel disadvantaged, and that his best driving may still be in front of him.

"I've gained experience and have definitely improved behind the wheel. I'm able to adapt quickly to the race conditions, which are constantly changing. I feel I can continue to become a better driver," said Sato, who finished seventh in the 2020 IndyCar Series standings, with eight top-10 finishes.

Sato won his first Indy 500 title at the famous "Brickyard" in Indianapolis driving for Andretti Autosport in 2017, before moving the next year to his current team, Rahal Letterman Lanigan Racing.

It is his second stint driving for the team -- whose owners include 1986 Indy 500 winner Bobby Rahal and former television talk show host David Letterman -- following a one-year spell in 2012.

"I had a chance to win (the Indy 500) in 2012, when I belonged to the current team, but I spun out on the final lap and retired. It felt special to stand on the podium with the team after an eight-year wait," Sato said. 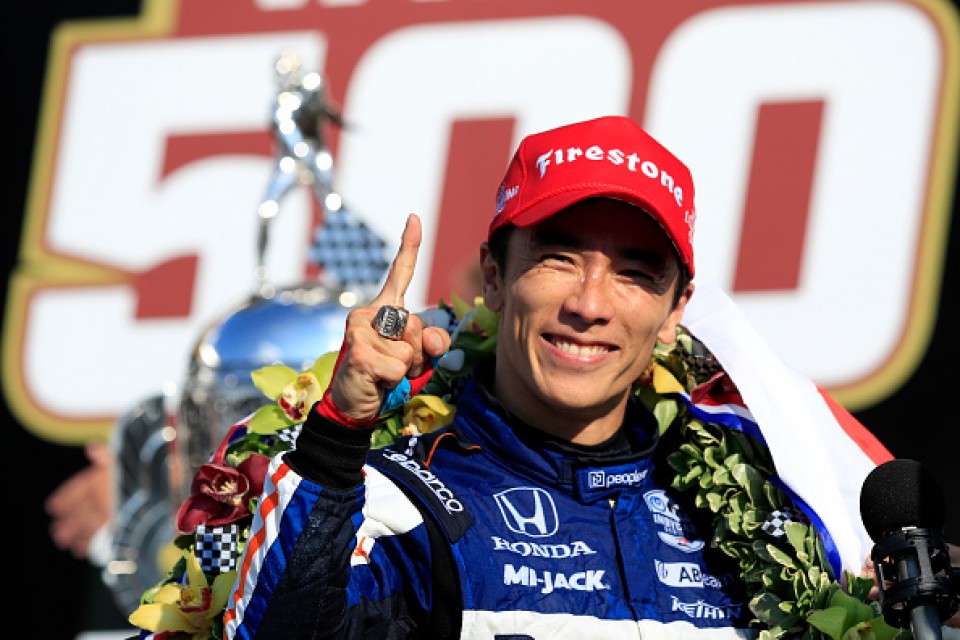 Takuma Sato, driver of the #30 Panasonic / PeopleReady Rahal Letterman Lanigan Racing Honda, celebrates in Victory Lane after winning the 104th running of the Indianapolis 500 at Indianapolis Motor Speedway on Aug. 23, 2020 in Indianapolis, Indiana.(Getty/Kyodo)

Having won the admiration of race fans at the Brickyard with gutsy performances over the years, Sato's victory at the famous track this past August came in front of empty stands due to the coronavirus pandemic.

"It's been a tough year. I am grateful to have been able to race and would be happy if my driving brought anyone enjoyment. I hope I can aim for victory next year while creating a sense of connection with fans at the track," said Sato.

Sato, who owns the best season for a Japanese Formula One driver, when he finished eighth in the 2004 driver's championship, still keeps tabs on his former circuit. He expressed excitement about the future of 20-year-old compatriot Yuki Tsunoda, who is tipped to earn a Formula One seat next season.

"For him to reach Formula One as a 20-year-old, at an age when I had just entered racing school and started competing, is on another level," Sato said. "He's going to keep evolving as a driver. I look forward to watching him develop."

Despite approaching the opposite end of his own career journey, Sato is still focused on the future, including the possibility of one day winning the overall IndyCar Series championship.

"I need to continue improving, but it remains a goal. In this series there are only small differences in vehicle performance, meaning any team has a chance to win. If we maximize our strong points, we can compete with the big teams," he said.