Japan's parliament approved Friday a post-Brexit free trade deal with Britain, clearing the way for its enforcement Jan. 1 next year to ensure continuity in bilateral business operations beyond London's end of transition out of the European Union this month.

Britain still needs to complete its domestic ratification procedures for the pact to enter into force.

The two countries needed to wrap up the deal as the existing Japan-EU pact will not cover Britain after the completion of the Brexit transition period in December and could result in impositions of higher tariffs on both countries. 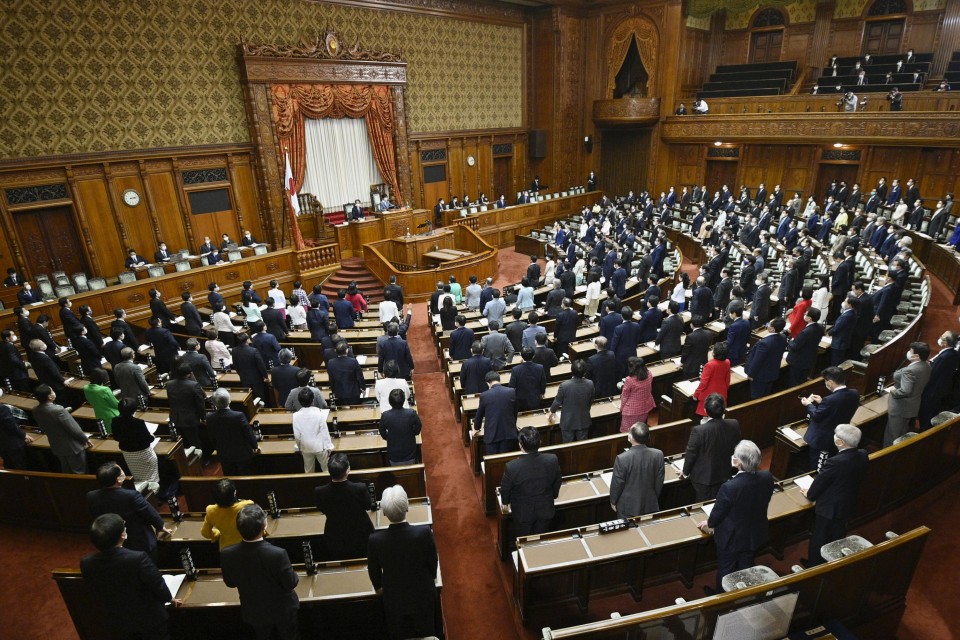 The House of Councillors holds a plenary session in Tokyo on Dec. 4, 2020. (Kyodo)

While Japanese companies welcome the deal, those that operate both in the United Kingdom and in continental Europe are still wary about whether London will reach a free trade agreement with the bloc by the end of the transition period.

Without such an agreement, the European businesses of Japanese manufacturers, including Nissan Motor Co. and Toyota Motor Corp., which benefit from supply chains built across the continent and Britain, could be disrupted. The two automakers procure parts from continental Europe and assemble vehicles in Britain.

The free trade deal with Japan is Britain's first trade pact with a major economy following its exit from the European Union in January 2020.

Britain said it would be a major step forward for its aspiration to join the Trans-Pacific Partnership free trade deal, which features 11 Asia-Pacific countries including Japan, Australia and Canada.

The new deal removes tariffs on Japanese cars in stages to zero in 2026, which is the same as in the existing Japan-EU agreement, while London will immediately scrap tariffs on railway cars and auto parts.

Japanese tariffs on British farm products are kept at the same level as under the agreement with the European Union.

Rules on e-commerce and financial services have become more ambitious than the Japan-EU pact, including the prohibition on governments requesting businesses to disclose algorithms used in artificial intelligence technology and encryption data.