The Japanese space agency said Sunday the capsule from its Hayabusa2 space probe was collected from the Australian desert in "perfect condition," hopefully containing samples from the Ryugu asteroid that could help explain the origins of life.

The capsule appeared as a bright fireball lasting several dozen seconds as it re-entered Earth's atmosphere before dawn, its protective heat shield glowing as it reached temperatures of approximately 3,000 C.

If the mission was successful, the capsule will contain two samples from the Ryugu asteroid, including the first subsurface asteroid sample ever collected. Scientists believe that organic matter and water existed on the asteroid when the solar system was created around 4.6 billion years ago.

The deputy director general of JAXA's Institute of Space and Astronautical Science, Masaki Fujimoto, said during the same press conference that once collected from the desert, the capsule was carried by hand into a so-called "quick look facility" to be cleaned and dismantled so the interior sample container can be exposed.

An analysis of the gasses that may have been emitted from the asteroid material is expected to begin on Monday.

Fujimoto said the team in Australia is anxious to perform the analysis as the presence of gasses within the sample container would indicate that the asteroid samples were successfully collected.

Scientists hope primordial material believed to be contained in the samples will help further research into the origins of life on Earth and the evolution of the solar system.

The capsule, which was released from the space probe on Saturday afternoon, landed in a desert near the Woomera Prohibited Area, a remote Australian military and civil aerospace facility that is also one of the largest land-based test ranges in the world.

The Hayabusa2 space probe made two landings on Ryugu to collect samples.

The first landing in February 2019 saw the probe collect a surface sample from the asteroid. The second sample, collected in July the same year, is the first-ever subsurface sample from an asteroid and was extracted after an artificial crater was created by firing a copper projectile into the surface. 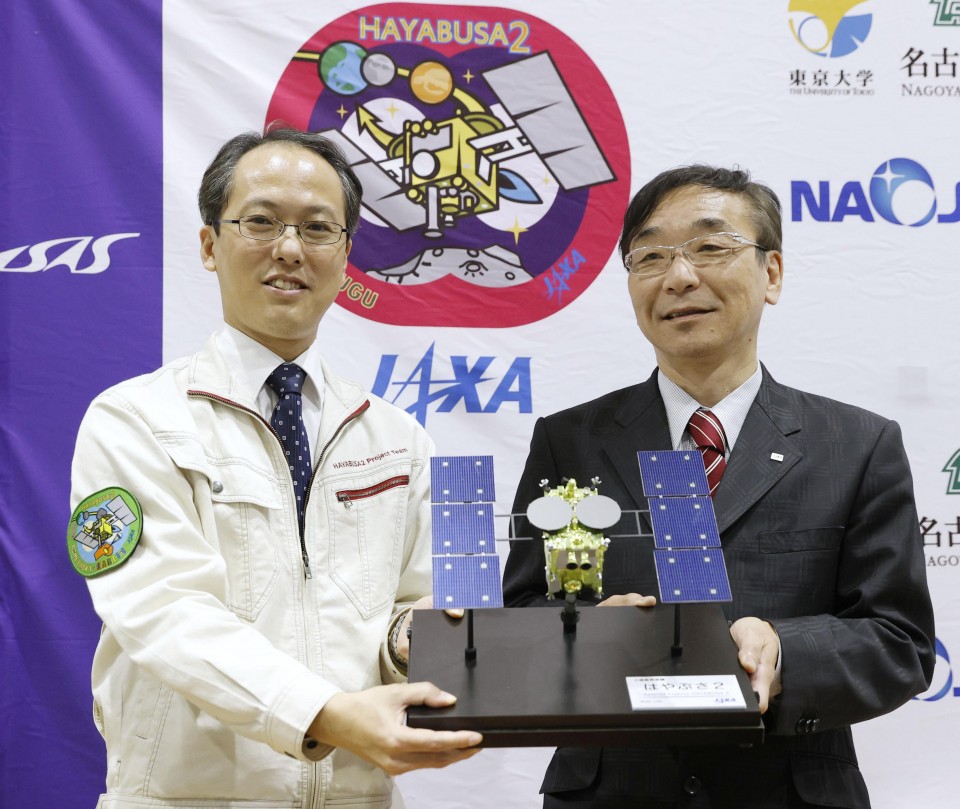 Yuichi Tsuda (L), Japan Aerospace Exploration Agency's Hayabusa2 project manager, and Hitoshi Kuninaka, a director general of the agency, pose with a model of its Hayabusa2 space probe on Dec. 6, 2020, during a press conference in Sagamihara, near Tokyo, following the landing in an Australian desert of a capsule from the probe earlier in the day. (Kyodo) ==Kyodo

The two samples will provide scientists with a comparison of the composition of the asteroid above and below the surface.

Although Ryugu is believed to have undergone minimal change since the formation of the early solar system, scientists say materials below the asteroid's surface would not have experienced the same weathering and potential contamination from other meteorite impacts as those on the surface.

At the beginning of Earth's formation, the planet was entirely without water due to its close proximity to the sun. Scientists believe that once Earth cooled, water and organic matter were delivered to it by meteorites with a composition similar to Ryugu.

JAXA's recovery mission is being supported by the Australian Space Agency, which was established in July 2018 to develop the country's space industry.

"This is certainly our first joint (operation), where we're working on a mission with another country," agency head Megan Clark said in an interview. "It's quite exciting for us and exciting for our team to be able to support Japan."

The Hayabusa2 space probe was launched from Japan's Tanegashima Space Center in December 2014 and has traveled over 5 billion kilometers so far.

Unlike the original Hayabusa mission, the Hayabusa2 space probe will not return to Earth. Instead, it will continue on an extended mission to explore asteroid 1998KY26.

While the Hayabusa2 mission has so far proceeded smoothly, the coronavirus pandemic significantly disrupted JAXA's plans for the capsule recovery operation.

Travel restrictions have seen a reduced team of only 79 essential personnel making the trip to Australia from Japan.

Additionally, the team went through quarantine twice -- once in Japan and again when they arrived in Australia. However, an unexpected coronavirus outbreak in the state of South Australia, where Woomera is located, saw the entire state go into a mandatory six-day lockdown, delaying preparations further.

Knowing that the team from Japan would be in isolation for two weeks on their arrival in Australia, Clark said the agency put together a "welcome pack" of local South Australian wines, sweets and hand creams for their colleagues.

"It's hard to do isolation, so we were just providing little gifts and food, and making sure they had everything they needed, so they didn't feel alone," she said. 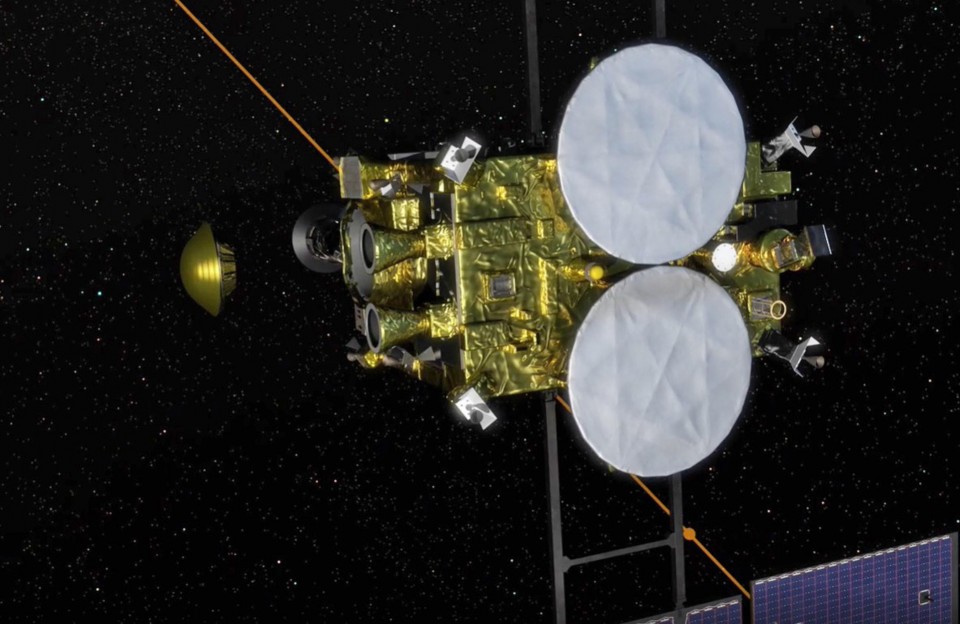