Japan's unemployment rate improved to 2.9 percent in November for the first drop in five months, in a sign that the novel coronavirus pandemic's impact on the labor market is easing, government data showed Friday.

Separate data from the labor ministry showed that the job availability ratio in the reporting month improved to 1.06 from 1.04 in the previous month, up for the second straight month. The ratio means there were 106 job openings in November for every 100 job seekers. 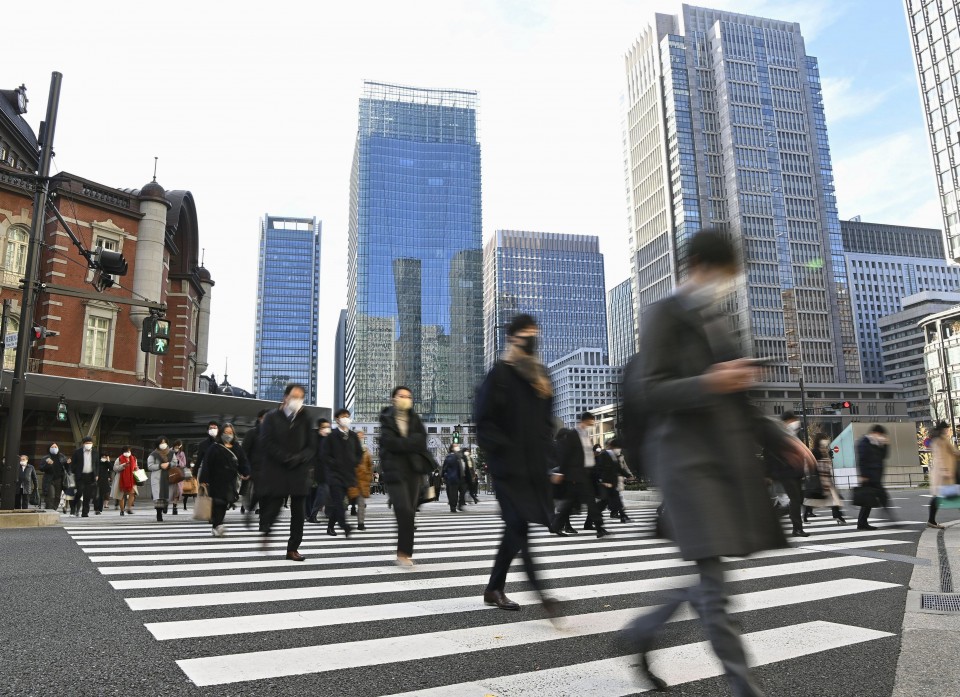 The jobless rate fell from 3.1 percent in October, down for the first time since it dipped 0.1 point from the previous month to 2.8 percent in June, when economic activity resumed following the complete lifting of a state of emergency over the virus in late May.

The unemployment rate returned to a level below 3 percent for the first time since July, when the figure was 2.9 percent, according to the Ministry of Internal Affairs and Communications.

But the rate is still higher than 2.4 percent recorded in February, when the country had yet to see any major fallout from the pandemic. A resurgence of new virus cases since November has clouded the outlook for the world's third-largest economy.

"The number of infections began to increase around mid-November, so we're not sure if the figure will keep recovering," a government official told reporters. "At least at this moment, we cannot say that the jobless rate has hit rock bottom."

The number of people in work rose 430,000 from the previous month to 67.01 million, up for the second consecutive month, following an increase of 30,000 in October.

The jobless rate for men fell 0.2 point from the previous month to 3.2 percent, with that for women was down 0.3 point to 2.4 percent.

"In November, the service industry was relatively brisk partly due to the 'Go To Travel' campaign, which improved the jobless rate in the sector," said Naoko Ogata, a senior economist at Japan Research Institute, referring to the government's subsidy program aimed at helping the virus-hit domestic tourism industry.

But Prime Minister Yoshihide Suga announced earlier this month the suspension of the campaign nationwide during the year-end and New Year holidays, the busiest time for Japanese service providers, amid the virus resurgence. Ogata cited it as a possible negative factor for December.

"From now on, the employment data will repeatedly move between improvement and deterioration depending on future developments in the virus spread," Ogata said.