Japan opposed sanctions against China on day of Tiananmen crackdown

Japan decided to oppose the placing of sanctions on China by members of the Group of Seven industrialized countries on the day of Beijing's bloody crackdown on pro-democracy protests in Tiananmen Square on June 4, 1989, according to diplomatic records declassified Wednesday.

Concerned that it would isolate China internationally and about the potential for a worsening of bilateral ties, Japan decided on the course of action that day while preparing for the G-7 summit, held the following month in France. 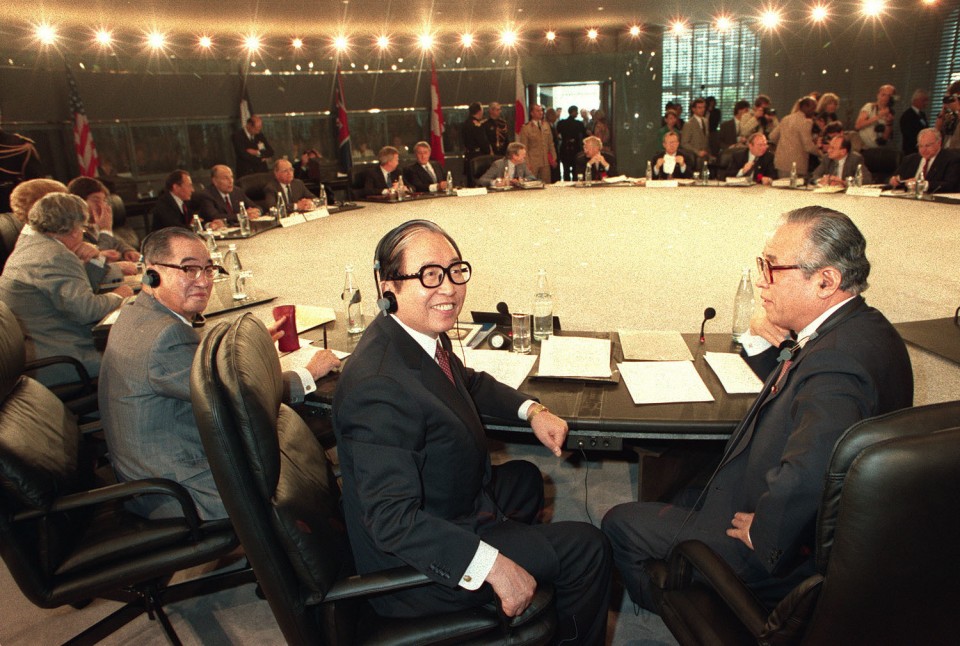 Among the declassified documents, one dated June 4, 1989, which was titled "Our country's stance toward the situation in China (mainly to the West)," stated that "Japan is opposed to jointly taking measures such as sanctions against China."

The confidential document, however, began by saying, "Our country shares universal values, such as freedom and democracy, with the West" and that China's brutal suppression of students and other citizens in defiance of human rights is "unacceptable."

"Our stance was not to isolate China, which was continuing with its policy of reform and openness," said Yuji Miyamoto, a former Japanese ambassador to China, who was involved in negotiations at the time as a Foreign Ministry official.

He recalled that the difference between Japan and other G-7 countries, which were ramping up criticism of China, was "very clear."

Regarding the extent to which China could be denounced, the document also said Japan recognized there were "limits," noting that the neighboring country's political system is dissimilar to its own and the crackdown is a "domestic" affair for Beijing.

Other declassified diplomatic documents regarding Japan's approach to the G-7 summit, including one dated on June 19, 1989, showed its reluctance to be involved in any statement made about China or its preference if there was a statement issued that China not be referred to by name.

In a preparatory meeting ahead of the G-7 summit on July 7 of that year, Japan said it does not want to adopt a declaration condemning China, while the other six countries pushed for issuing such a statement out of necessity, the documents showed.

Forced onto the defensive, Japan agreed to the release of a declaration on condition it included a phrase touching on the importance of avoiding isolating China, according to the documents.

The actual declaration said, "We look to the Chinese authorities to create conditions which will avoid their isolation and provide for a return to cooperation based upon the resumption of movement toward political and economic reform, and openness." 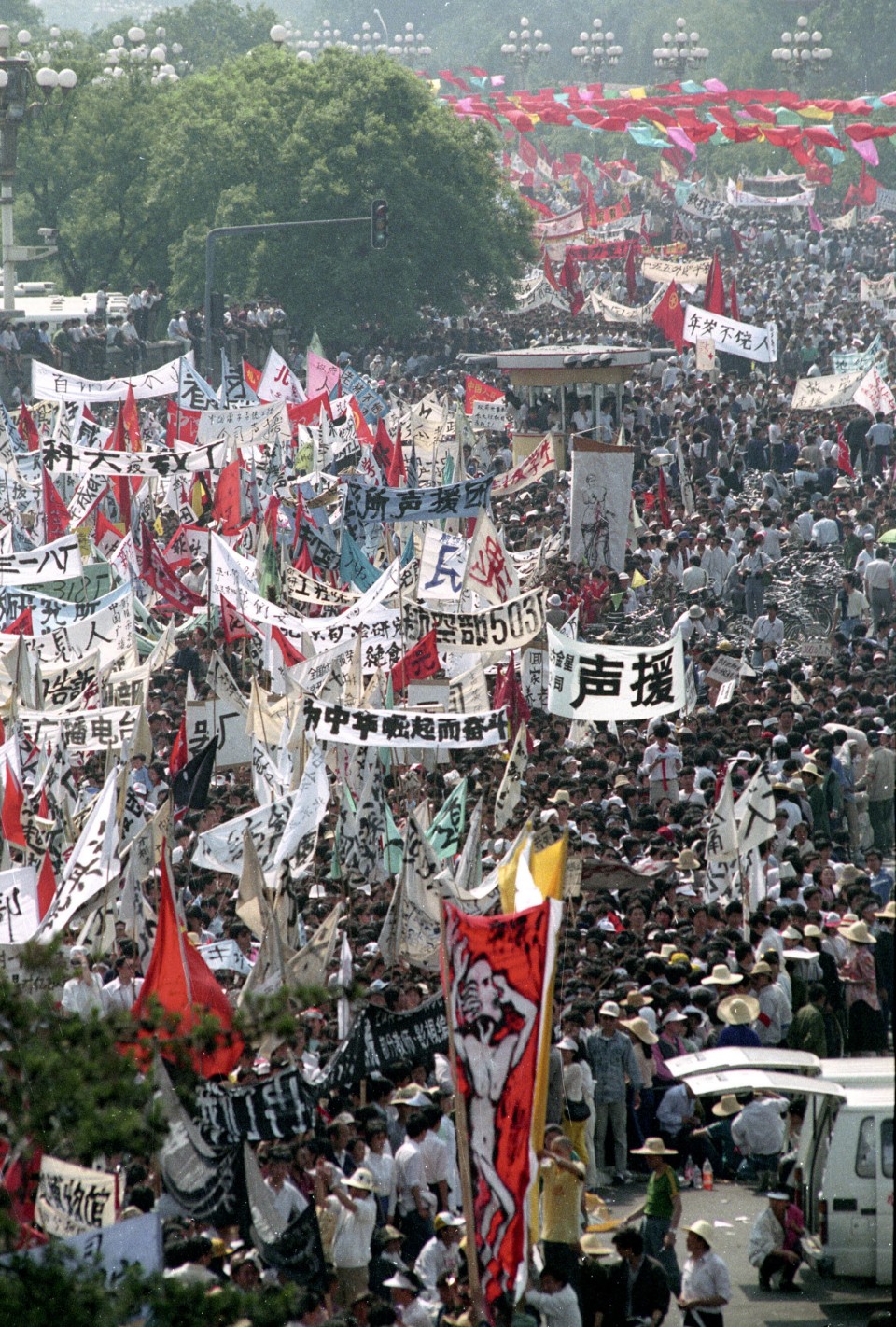 File photo shows large crowds during a demonstration in Beijing in May 1989. (Kyodo)

Akio Takahara, a professor of Chinese politics at the Graduate School of Public Policy at the University of Tokyo, said the government believed helping to bring stability to China, which was still in the early stages of modernization, would be in Japan's national interest.

"Given the situation at the time, Japan's aim of seeking to not isolate China is understandable," Takahara said. "By promoting economic cooperation, both China and Japan benefited."

But he added, "No country thought China would expand its power, (militarily and economically), in such a short time."

In November 1990, Japan resumed offering loans to China totaling over 800 billion yen ($7.7 billion) after they were effectively put on hold in the wake of the crackdown.

China's crushing of the democracy movement started on the night of June 3, 1989, with its military opening fire on the demonstrators who had occupied the square in the heart of Beijing for weeks.

The official Chinese government account said 319 died, including soldiers, and more than 7,000 were injured in the incident. But the figures are believed to be much higher.