Olympic bronze medalist Ryunosuke Haga won the national judo championship for the first time on Saturday, beating Hyoga Ota by ippon in the final of the unlimited weight competition. 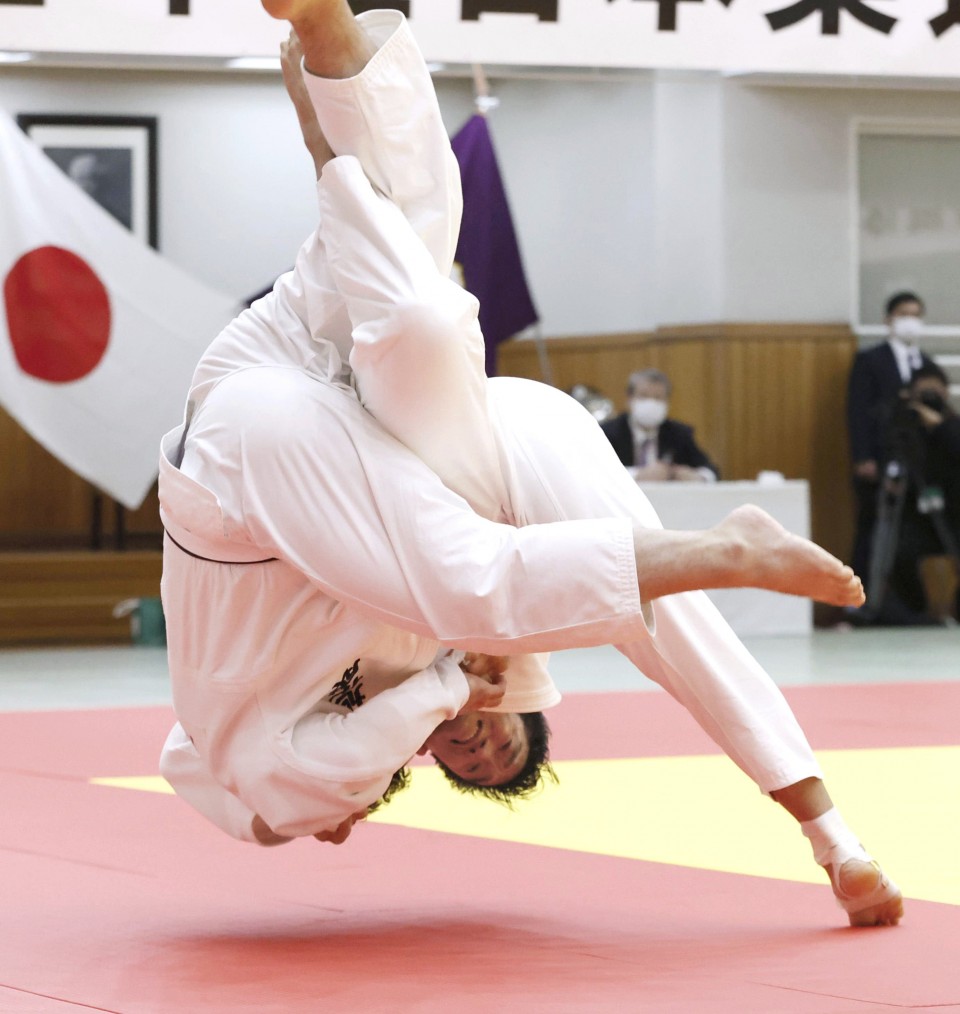 The prestigious national title was a long time coming for the 29-year-old Haga, who finished third in the men's 100-kilogram category at the 2016 Rio de Janeiro Olympics. He ended the final against his 23-year-old opponent with his trademark uchimata inner-thigh throw.

"I missed my shot at the (Tokyo) Olympic team, so I no longer have that motivation, but I felt a strong desire to tell everyone, 'I'm still here,'" Haga said.

It was the second straight year for a judoka who competes in the 100-kg class to win the national crown. Last year's champion, Tokyo Olympic team member Aaron Wolf, did not compete after having knee surgery last December.

The tournament, originally scheduled for Chiba Port Arena on April 29, was postponed for eight months due to the coronavirus pandemic and held behind closed doors at Tokyo's Kodokan Judo Institute, the All Japan Judo Federation's headquarters.